Deep Silver announced the next Saints Row, just called Saints Row, during today’s Gamescom Opening Night event. It will release on February 25 for PC and PlayStation and Xbox consoles. You can watch the debut trailer above.

This will be a reboot for the franchise, with a focus on new characters and gameplay elements more similar to the earlier Saints Row titles. That means developer Volition is backing off from the wackier, over-the-top antics of Saints Row: The Third and Saints Row IV. Instead, the game will favor the more traditional Grand Theft Auto-meets-gang-territory-warfare of Saints Row and Saints Row 2.

It’s been a long time since the last Saints Row. The fourth game released back in 2013. We did get a spinoff in 2013 with 2017’s Agents of Mayhem, but that game failed to make an impact. 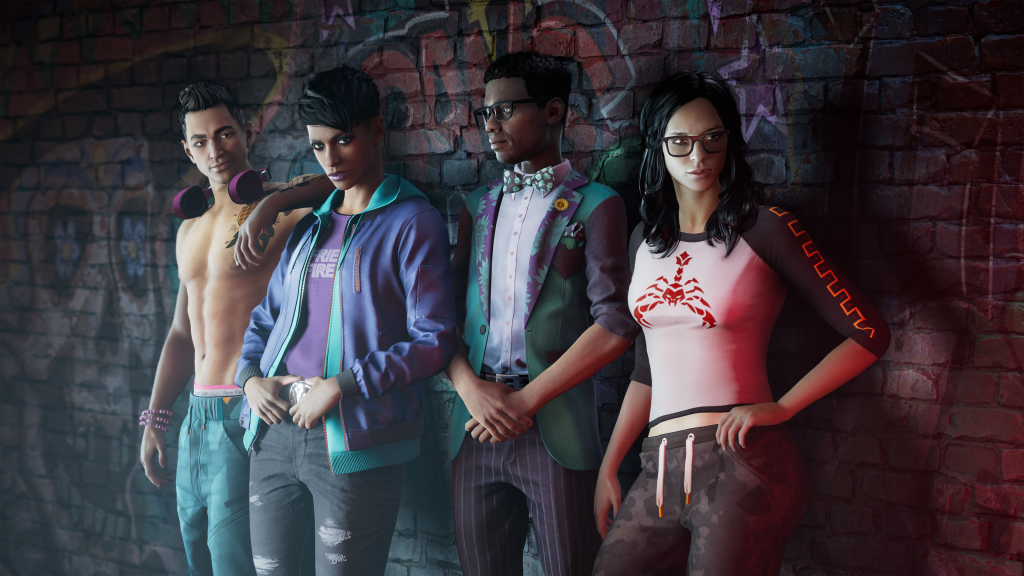 Above: The new Saints.

Saints Row takes place in Santo Ileso, an open world inspired by the American Southwest. You play as the (customizable) boss of a small group of four friends, all disillusioned youths, starting up their own crime organization. Santo Ileso has nine districts for you to conquer, which you can explore and fight through on foot, in a vehicle, or in the air via a wingsuit. It’ll be a less urban environment than you usually see in these kinds of games. Two people can also play Saints Row together via drop-in, drop-out, untethered co-op.

In a prebrief event, Volition itself admitted that this was an attempt to make the series more grounded. The studio said it would be hard to make a game sillier than Saints Row IV, which had you playing as the President of the United States fighting off an alien invasion, even if it wanted to. Still, Volition was quick to note that this doesn’t mean it is making a grim-dark Saints Row games, as the new adventure will still have a focus on humor. The studio also expressed an interest to make a more contemporary game.

Oh, and don’t expect to see any phalic baseball bats in this one.