Inspired by the brand’s locations such as House of Vans and other skate parks, Vans World is a persistent 3D space where fans can practices their ollies and kickflips with friends. This is the brand’s first venture into the metaverse, the universe of virtual worlds that are all interconnected, like in novels such as Snow Crash and Ready Player One.

If you’re wondering if brands are going to show up in the metaverse, this is a good experiment. Vans has clearly shown it wants to be part of the metaverse trend, and Roblox is happy to play the host of the metaverse with its platform for user-generated games. We’ll see soon if some of Roblox’s 43 million daily active users think it’s a cool creation. (We’re also going to have Roblox speakers at our metaverse event in January.)

With the launch, Vans is the first brand to bring skateboarding, fashion, and community together in one experience. Four Vans silhouettes will be available for fans to customize and wear. It was created by third-party Roblox developers The Gang Stockholm, and I got a look at it during a demo event.

A mirror of the real world 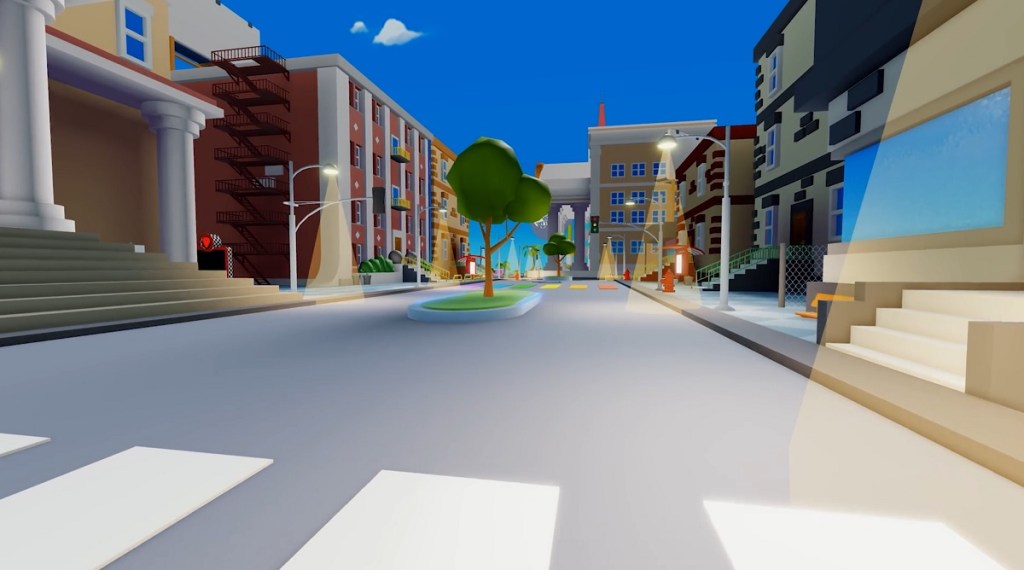 Above: Vans World in Roblox is free of grime and litter.

Christina Wootton, a vice president of brand partnerships for Roblox, said at a press event that Roblox’s community has a lot of Vans enthusiasts, and they were asking for the experience. The conversations about Vans World began a couple of years ago, Wootton said.

“It was sparked by our community’s love for the brand,” she said. “[Vans] really listened to what works well on Roblox. They thought about their community and how people really want to engage with with their brand,” Wootten said. “They though about how to do it in an authentic way. Props to The Gang Stockholm team for creating such a beautiful experience.”

It features real world locations such as House of Vans in London, a place that’s a skate park under the Waterloo train station.

“There’s a cafe that is very similar to one at our London venue,” said Julia Patkowski, senior manager for global brand digital marketing at Vans, in the press event. “They really worked hard on bringing it to life.”

You can also find a size 66 shoe in Vans World, and it is based on something Vans created in the real world.

It actually does look pretty cool, like being inside a blocky world made just for Vans and skateboarding fans. It’s also a walking advertisement for Vans shoes and other gear. If you’re a Vans fan, you’re not going to complain about that because you’re going to be part of this world out of your own free will. 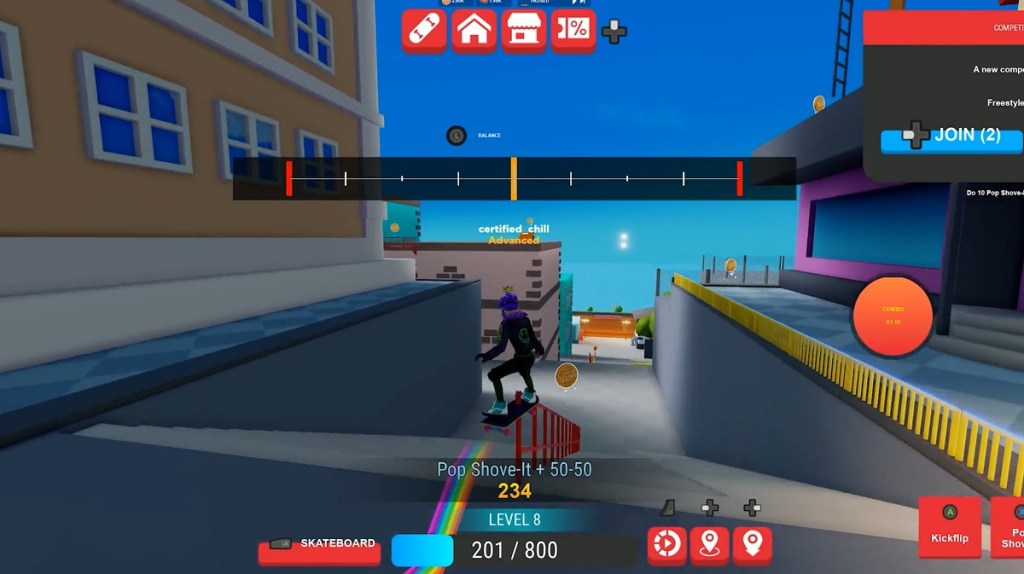 Above: You can level up as a skateboarder in Vans World in Roblox.

And if it works, well, it counts as a small step toward the metaverse.

“We wanted it to be something that felt truly like how we envisioned a Vans World to be,” Patkowski said. “We asked ourselves as a brand, ‘What if we created a Vans world? What would it look like? We just started kind of giving our ideas to the game.'”

Roblox worked with Vans and the developer The Gang Stockholm to create Vans World.

“It was inspired by famous Vans locations all over the world,” said Robin Anderson of The Gang Stockholm, in the press event.

Vans has been focused on skate culture for more than 50 years, and it’s an advocate for youth culture with more than 2,000 retail locations globally. It believes it has millions of Vans enthusiasts who like self-expression and creativity — and they’re on Roblox, Patkowski said.

“As a global brand, we wanted it to resonate with all of our regions,” she said. “Not just something out of California, but so they could feel like, ‘Oh, hey, I recognize that from my city. We wanted it to be something that could grow as well. So something I think that’s unique about our experience is that it’s not just going to be a moment that comes in as a short-lived experience, and it goes away and you forget about it. We want this to be something that grows with the Roblox consumers. We want to learn about what they’re enjoying, we want to build it as it goes. We hope that it lasts for a long time.”

Vans will have promos like free items of the day. But consumers can also buy a lot of gear if they want it.

“This experience is for everybody. There are gameplay elements to it, but it’s also a place where people can celebrate their fandom of Vans,” Wootton said. “They can go in and be with other fans of the brand and express themselves. They all have their own identity so they can dress up their avatar, they can customize their skateboard and their shoes and really just be together so they can express themselves.”

Roblox’s recently augmented physics layer helps make the skating feel better. The skating physics require vector operations and ray-casting that would not have been possible without the incremental engine improvements that are a constant at Roblox. All of it is built in service of re-creating experiences that many people can no longer see in real life because of the pandemic.

You can take everything out of the experience and use it in the rest of Roblox — except for the shoes. That’s one of the things that tells you that the metaverse still has its borders.