Deathloop is one of the best games of the year. And I say that as someone who has previously recognized the quality of Arkane games while struggling to enjoy them. But with this game, French team Arkane Lyon used some smart tricks to amplify its strengths. And the result is a special experience that has broader appeal than some other Arkane projects.

Deathloop is available September 14 for $60 on PC and PlayStation 5. I played on PS5, where it ran well and without issues. I cannot speak to its stability or performance on PC yet.

At its core, Deathloop is similar to Arkane’s 2017 Prey or either of the Dishonored games. You have firearms and melee weapons for combat as well as special powers (called slabs here) that can augment your offense or your ability to stealth around enemies.

Where the action diverts is in the structure. Unlike Dishonored or Prey, where you make steady ongoing linear progress, Deathloop employs a time-looping mechanic. This means that every day is the same as the last. And while the specifics of how that work are a bit complicated, what’s important here is that the loop enables Arkane’s gameplay to shine. 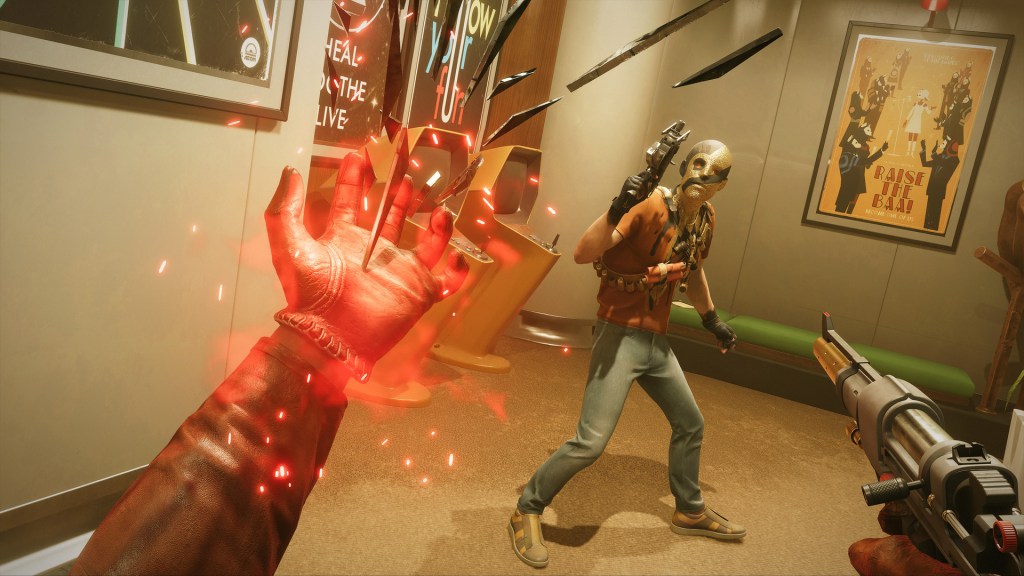 Above: Deathloop in action.

Let me get this out of the way. Deathloop is not a roguelite like Hades or Returnal. While you are playing in the same areas time after time, procedural generation has no role here.

Additionally, as the hero Colt, one of the main ways you progress through the game is by following leads and unlocking knowledge about the world. And that specific flow feels linear, and you are likely going to make significant progress toward those goals through every in-game day. This is not an experience about good or bad runs.

Instead, from a mechanical perspective, the time loop exists to build intimacy between the player and the world. And it turns out this is crucial in an Arkane game. 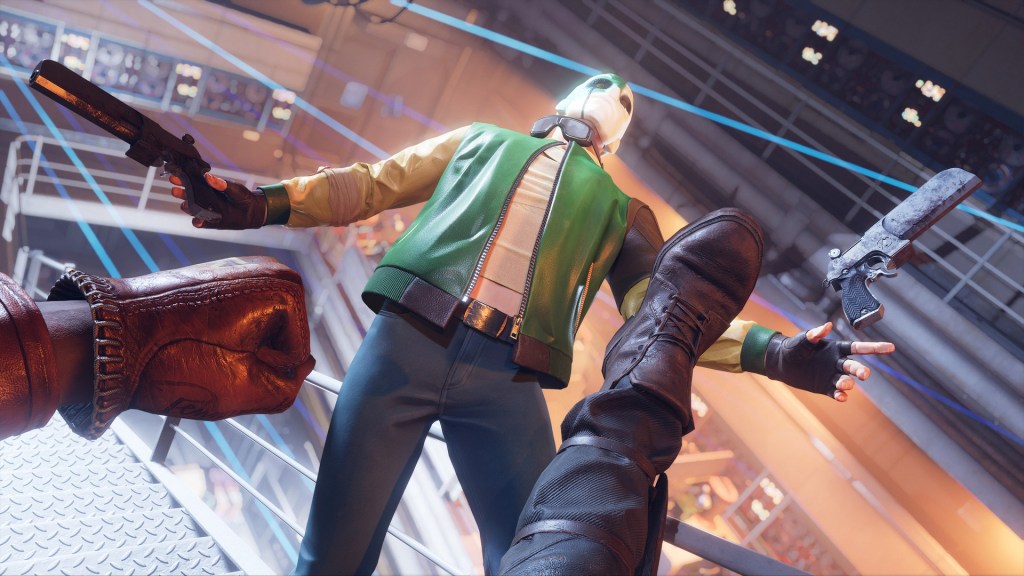 Above: Remember to kick.

One of the reasons I often bounce off of Arkane’s titles and other immersive sims is because they make me feel dimwitted. When I first go through a stage or an encounter, I often bumble through them just trying to survive. And if an interesting idea about how to use a shortcut or a power occurs to me later, well, I usually am too frustrated with myself to go back and play the level over again.

With Deathloop, however, you’re almost supposed to bumble through your first few times traveling the game’s four main areas. Colt starts the game hungover on a beach with no memories, and it makes sense that he is struggling to find his footing.

But then, thanks to the time loop, you begin to build a relationship with the maps. And now, if an idea occurs to me about how to use the Force push-like Karnesis in conjunction with a cliff, well, I’m likely going to be back in that spot again.

While the time loop has benefitted me as a player, it’s also something that improved the design of the world and levels.

In other immersive sims, every space often has multiple ways in and you just need to play to your character’s strength to find the right one for you. If you have stealth abilities, you’ll have a way to sneak in through tunnels or whatever. But because you will only go through certain areas a couple of times at most, the level designers have to restrain themselves to ensure players don’t get lost or frustrated.

In short, a map in an Arkane game is typically a series of obstacles and not necessarily a space worth exploring on its own. In Deathloop, again because of the time-repeating mechanic, Arkane was able to flip that on its head. 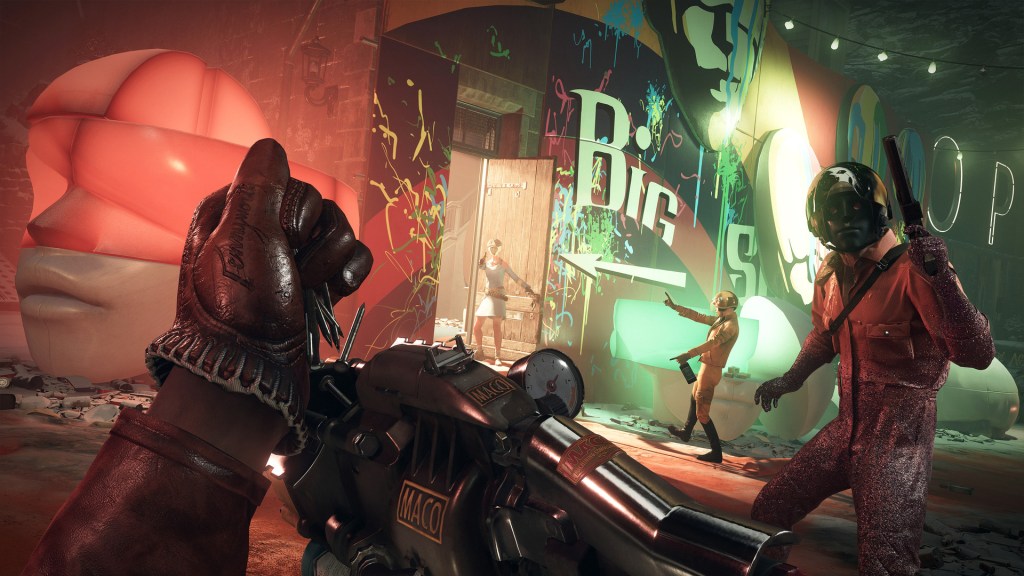 The four main areas feel much more like worlds to explore. Sure, they have obstacles and alternate paths that you can bypass depending on your equipped powers, but it doesn’t feel like you are simply selecting one of three predefined routes.

This makes the levels feel much more interesting, and a huge part of your early runs will come down to looking around for secrets. And the game excels at rewarding that exploration.

On behalf of all fools, thank you

It’s wonderful to play a game that feels like the developer was considerate of your feelings. And that’s what I get from Deathloop. It’s nice to come to a genre that I’ve wanted to love and to find that one of the best developers in that space wants to welcome in my old, calcified brain.

It helps, too, that Deathloop has so much style. That’s true of its visuals and excellent, thumping soundtrack. And like Hades, its story progresses whether you live or die through each loop.

I have found the narrative somewhat overwhelming at times — just in terms of the amount of information the game throws at you. But Arkane has accounted for that as well with one of the best mission- and info-tracking systems in a game ever. Even if you failed to pick up on a key piece of intel, the game will tell you what you need to do next as long as you found the key piece of evidence.

And the best thing I can say about Deathloop is that it’s all I want to play right now.

Deathloop is available September 14 for $60. Bethesda provided GamesBeat with a download code for the purpose of this review.