Nintendo just finished a solid Direct video event. It announced a new 3D Kirby game, the Castlevania Advance Collection, and Bayonetta 3’s release timing. But all I can think about is the Mario movie, which has broken me.

Near the end of the livestream, Mario creator Shigeru Miyamoto took the stage to discuss the film that Nintendo is producing with Minions studio Illumination. Miyamoto confirmed the film will hit theaters Holiday 2022. And I am fine with that. I like to see crowd-pleasing family films around Christmas. But what I’m having trouble processing is what Miyamoto announced next — which is that Chris Pratt is doing the voice of Mario for the picture. 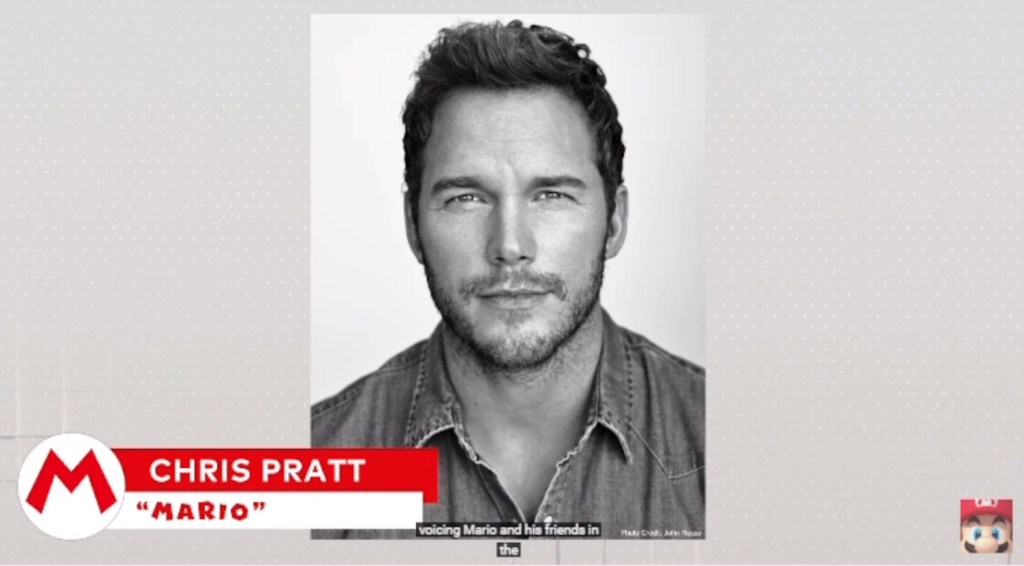 This liquified my brain. I could no longer sit up in my chair. I doubled over in laughter, my vision went blurry, and I had to take my headphones off to keep from passing out. Not in a million years, with a million comedians, could a human being come up with a more perfect joke than casting Chris Pratt as Super Mario.

And yet, somehow, this is the reality we live in.

The rest of the cast is not that much less bizarre.

This is all I’m going to think about for days. And the casting news has already dominated social media platforms like Twitter.

Here is a preview of Seth Rogen as Donkey Kong.

And Charlie Day is maybe perfect for Luigi.

Of course, when you think about it, Chris Pratt makes sense for Mario because they both deeply love and respect supply-side economics.

Now, if you’ll excuse me, I’m gonna go walk into the ocean.