Respawn Entertainment is launching the island map of Storm Point as part of its new Apex Legends: Escape update coming on November 2.

The new map located on the planet Gaia is the fourth Apex Legends map to arrive for players in the free-to-play sci-fi battle royale. And it’s just in time to keep players hooked on Apex Legends just before the November 5 launch of rival Activision’s Call of Duty: Vanguard, the November 19 launch of Electronic Arts’ (parent of Respawn) Battlefield 2042, and the December 8 launch of Microsoft’s Halo: Infinite.

It’s a crowded season for shooters this holiday, and Respawn has loaded the map with scary creatures such as prowlers and giant spiders roaming on the shores of this new island map.

Ash, the overseer of the Arenas, enters the Apex Games as the newest Legend after she decided to prove herself a true Apex Predator. A master of psychological and physical combat, Ash poses a great threat to other Legends with abilities that could stop an escape dead in its tracks.

The fan favorite CAR SMG weapon from Titanfall has been added to the Apex Legends arsenal, providing a versatile weapon. Players can also look forward to an array of new rewards to earn through a brand new Battle Pass. 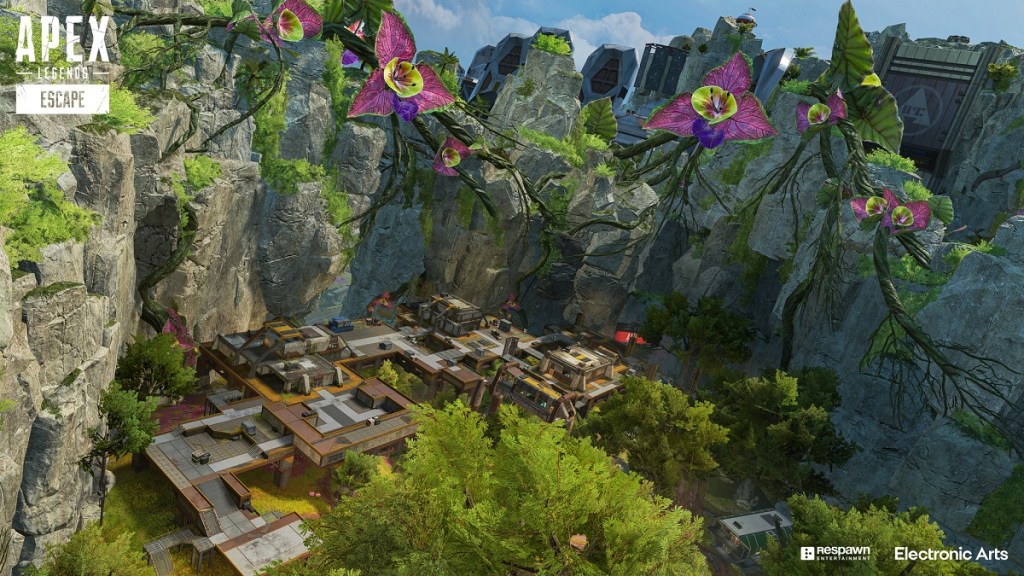 Storm Point was once an energy colony for the IMC, and the ruins remain. Many have tried to make a home here; all have failed. The largest map in Apex Legends to date — 15% bigger than World’s Edge — Storm Point features a wide variety of diverse layouts, from tropical island hopping to giant mountain slides that allow Legends to play higher than the plane height in previous maps.

With 17 primary points of interest on the map, Legends now have more areas to discover — all with unique and diverse styles designed for the competitive and casual player. A new Gravity Cannon can catapult players over locations limiting movement but allowing them access to their weapons and abilities to shoot in mid-flight.

All around, dangers swirl with the introduction of wildlife which include prowlers and venomous spiders providing players with new targets to earn loot from as they explore the island. Now with Legends here to make this place their own, Storm Point is only going to get more dangerous. 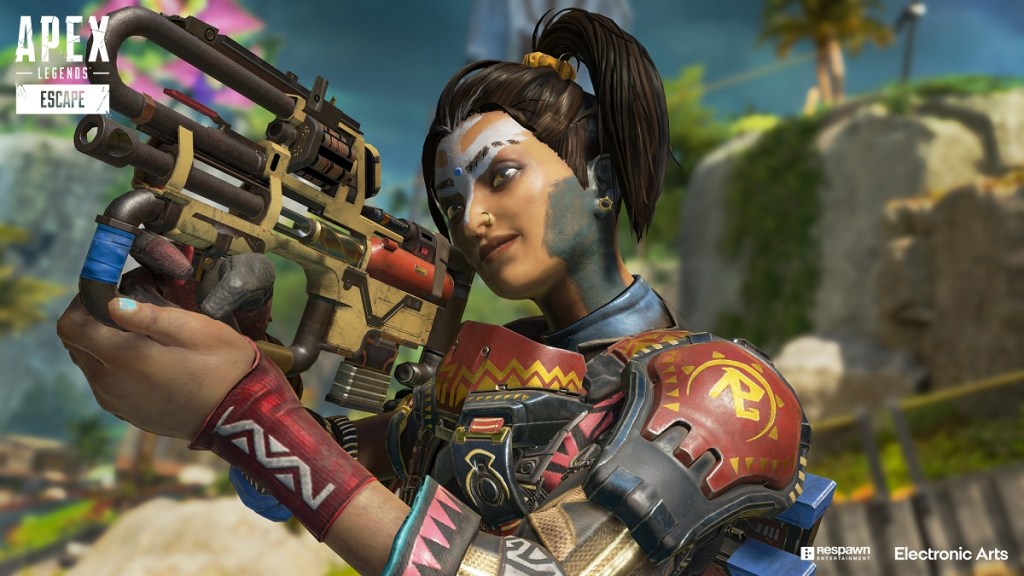 A new Legend with a familiar face, Ash has overseen the Arenas from the shadows and held a tight grip on Pathfinder’s heart. A simulacrum made from the woman who once was Dr. Ashleigh Reid, she is now determined to eliminate every trace of weakness that held her back as a human. It would be easy to think that nothing human is left inside that cold steel with abilities.

She has a passive ability Marked for Death, which makes Deathbox icons show up on Ash’s minimap and fullmap screens whenever a player dies. She has a tactical Arc Tether, a projectile that shocks an enemy for a small amount of damage and will “tether” them to the ground.

And she has an Ultimate ability called Phase Breach. It produces a portal based on Ash’s line of sight. 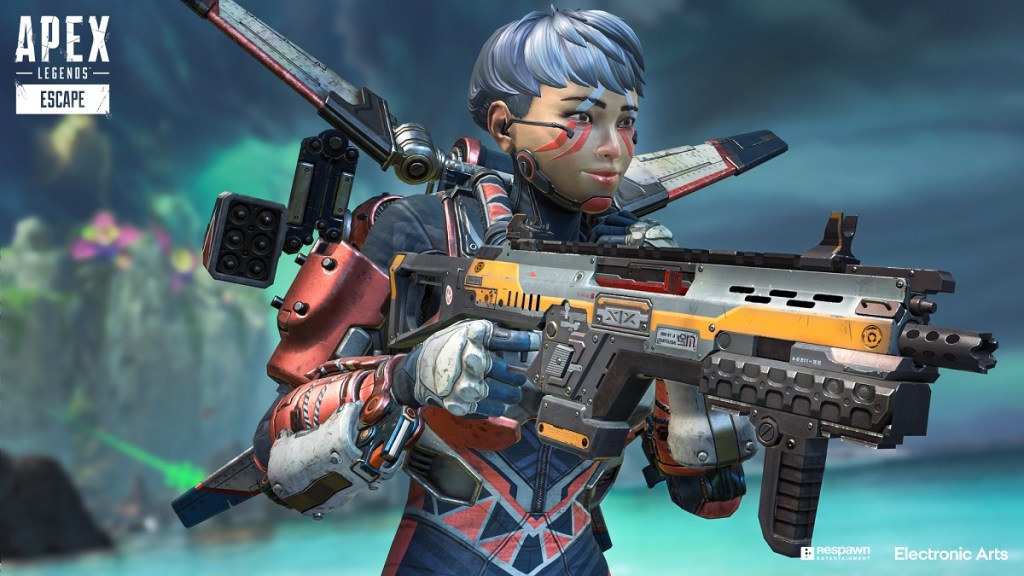 Above: That’s a big gun.

The C.A.R. SMG is capable of firing both Light and Heavy ammo. That’s important because you never know what kind of ammo you will find on the map. The Combat Advanced Round submachine gun is fully automatic, capable of laying down 846 rounds per minute. With a fair amount of recoil, this isn’t a weapon to spray and pray with. This is a gun for when players are ready to make a stand.

Respawn is launching new skins and items with the Escape Battle Pass. Enter the arena in style after collecting new skins which include Desert Mirage, Gibraltar’s Legendary Glorious Combatant and Wraith’s Epic Vision Walker. At level 100, Legends can unlock the Pipe Dream and Fatal Attraction Reactive Prowlers, with plenty of other exciting rewards along the way: Music Packs, Loading Screens, Skydive Emotes, Quips, and more.

The update is coming for the PlayStation 4, PlayStation 5, Xbox One, Xbox Series X|S, Nintendo Switch, and PC via Origin and Steam.