Cambria is a VR headset that is still a ways from shipping, and it will include high-end VR features that the company will bundle with a more expensive headset as it eventually tries to bring it down into the range of lower-priced Oculus Quest hardware. He said it is expected to hit the market in 2022.

It’s interesting that Facebook is still focusing on a high-end product, as it killed off its Rift line of wired VR headsets in favor of the wireless Oculus Quest models with standalone computing inside the headset. This sounds like a standalone headset with high-end features such as better sensors.

The all-in-one, standalone hardware isn’t a Quest 2 replacement or a Quest 3. Project Cambria will be a high-end device at a higher price point because it’s going to be packed with all the latest advanced technologies, including improved social presence, color Passthrough, pancake optics, and a lot more.

One of the things Facebook showed as a long-term project is its latest full-body Codec Avatars in a 3D reconstruction of a real-world location, as well as progress on hair and skin rendering and relighting of avatars. With these future headsets, if you move your mouth or head, your avatar will move in the same way, adding to the realism. 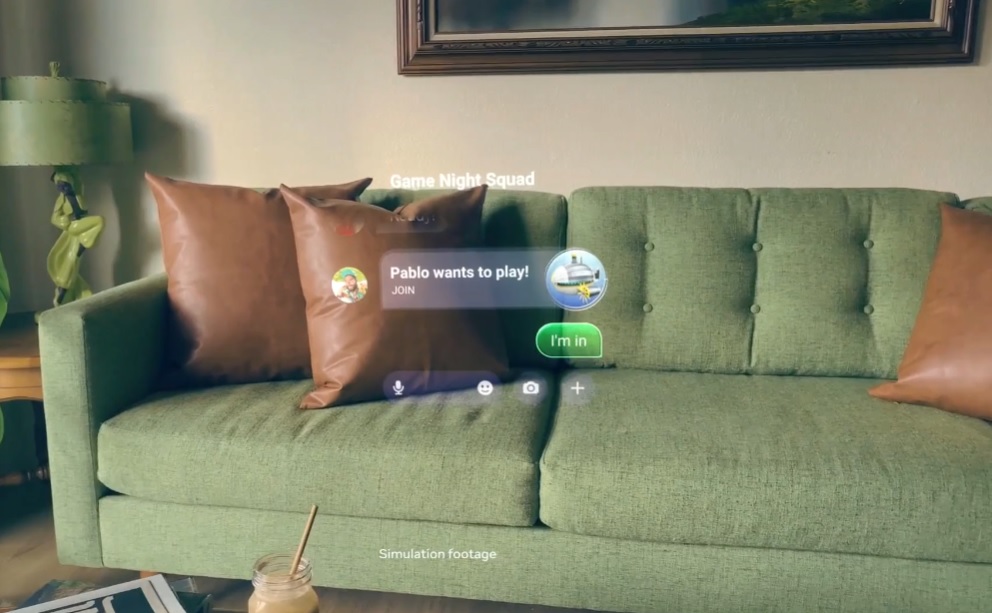 On top of that, Project Nazaré is going to be the company’s first full augmented reality glasses product. It’s a complicated set of electronics that the company will have to fit into a form factor that is the size and weight of ordinary glasses, Zuckerberg said. So it has a ways to go. More details are coming.

Nazaré’s demo showed a concept of coordinating with friends on WhatsApp, selecting a game and placing it on a table to play an augmented reality game with far away friends. Facebook still needs to complete a lot of technical work to get this form factor and experience right, but Zuckerberg said it is making good progress.

Zuckerberg made the announcement, along with the company’s name change to Meta, at the Facebook Connect event today. He made these announcements alongside the expression that Facebook is a metaverse company, and that the metaverse will be the successor to social media and become the next version of the internet. He viewed the metaverse as a social, 3D virtual space where you can share immersive experiences with other people, even when you can’t be together in person — and do things together you couldn’t do in the physical world.