8th Wall announced the launch of its Reality Engine, which enables web-based augmented reality (WebAR) experiences to immediately work across a wide range of devices including iOS and Android smartphones, tablets, computers, and AR and VR headsets.

Revealed at the Augmented World Expo event, Reality Engine is a reimagined version of 8th Wall‘s original AR engine, fully optimized to adapt to multiple devices to serve up the appropriate immersive experience as needed. Upon creating a WebAR project, developers can leverage the engine’s Metaversal Deployment capability to build once and deploy everywhere — unlocking more places to access and engage with the experience and significantly expanding its reach, the company says, without expanding the development time.

Users who access 8th Wall WebAR experiences will now be able to engage with them in augmented reality on mobile and smart glasses, 3D on computers, and virtual reality on head-mounted displays. 8th Wall’s Reality Engine is built so that the user gets the right experience based on the device they are on and manages all of the mappings needed for a user to properly view, interact, and engage with the immersive content no matter what device they are using.

“When we launched our AR Engine in late 2018, we saw how our platform gave companies access to massive reach while removing the friction typically associated with AR by requiring no app to download. Since then, we have seen our partners and brands launch over 1,200 commercial experiences with 8th Wall,” said Erik Murphy-Chutorian, CEO of Palo Alto, California-based 8th Wall, in an email to GamesBeat. “With Reality Engine’s Metaversal Deployment, these same WebAR experiences can now reach even more users, including those using computers and VR headsets, with the same frictionless access. Just as our AR Engine ushered in WebAR on smartphones, we expect our Reality Engine to do the same for Web3D and WebVR.” 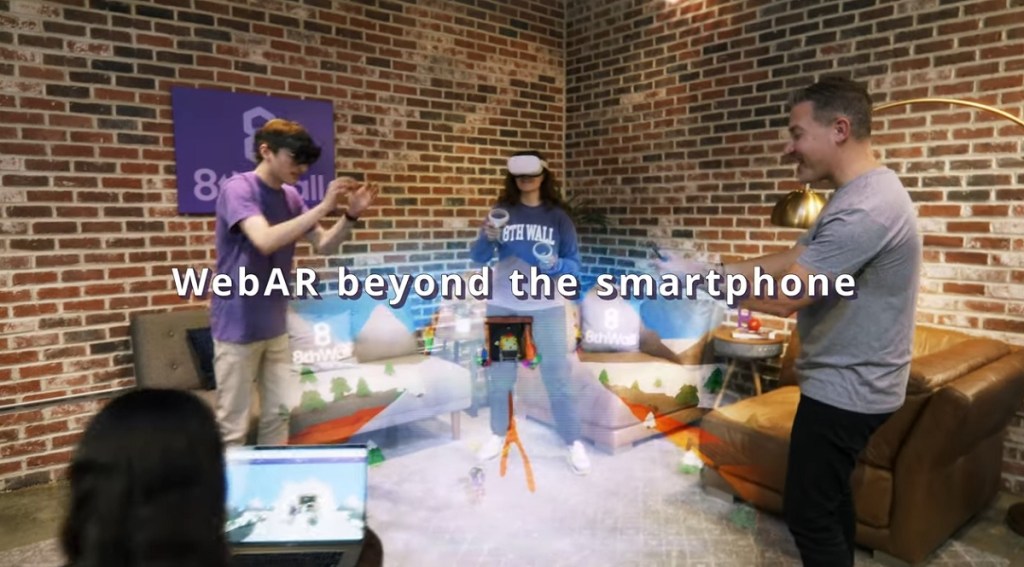 8th Wall has powered more than 50,000 WebAR projects, including over 1,200 commercial experiences, since its original AR engine debuted in 2019. The 8th Wall platform has been making the web a place for smartphone-based AR and giving its developers access to an estimated reach of 3.5 billion smartphones across iOS and Android devices — the widest reach of any AR platform. Now with the launch of 8th Wall’s Reality Engine, developers can extend this reach to meet users on their PCs and head-worn devices including Oculus Quest/Meta Quest and Microsoft HoloLens.

Developers can start creating WebAR World Effects projects with the all-new Reality Engine today at www.8thwall.com. New users can sign up for a 14-day free trial of the 8th Wall platform. Existing developers can simply log in and begin building.