Collibra, a data governance and intelligence platform that helps businesses unlock insights from disparate data sources, has raised $250 million in a series G round of funding at a $5.25 billion valuation.

Founded out of Belgium in 2008, Collibra develops various products that constitute part of what Collibra calls its data intelligence cloud, allowing both technical and business users to collaborate and combine data silos to find hidden meaning in their wealth of information. This includes data catalog, which is for discovering and classifying data; data privacy, which serves centralized tooling to address regulatory requirements; data lineage, which maps relationships between applications and systems; data quality, and data governance.

“Collibra is a new approach to the [data] complexity problem, offering a single system of data engagement that supports data modernization, digital transformation, compliance and privacy,” Collibra CEO Felix Van de Maele told VentureBeat. “Collibra makes sure everyone in an organization is working with the same set of information — we offer the only platform that can unite an entire organization by delivering accurate data for every use, for every user and across every source.”

This holistic approach is how Collibra has managed to land major customers such as Twitter, AXA, and AstraZeneca. While combining data from different SaaS apps or databases can unlock valuable predictions and insights about customer churn, for example, it can also cause a data privacy headache around personally identifiable information (PII) and meeting strict regulations as set out by GDPR, CCPA, among other new laws emerging on the scene. To help, Collibra offers automatic data classification, so that if a particular dataset includes PII pertaining to a European Union (EU) resident, then it will automatically apply GDPR policies, and the same for CCPA in California.

And by using machine learning to automatically classify sensitive data, this saves companies a considerable amount of time and resources. 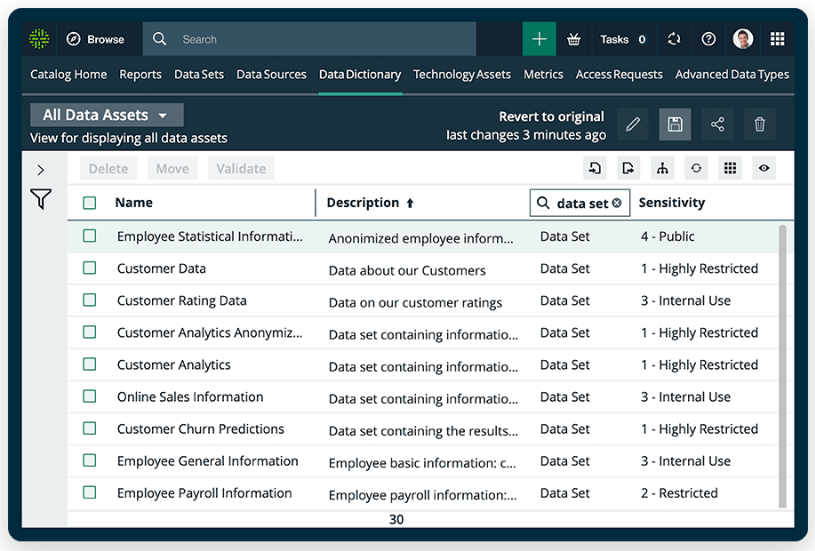 It’s been a busy year in the broader data management and integration space, with the likes of Talend going private in a $2.4 billion transaction, while just last month Informatica reemerged as a billion-dollar public company six years after being taken private. Elsewhere, companies including Reltio, Fivetran, and Matillion have all raised sizable sums of cash to give companies the right tools to manage their ever-growing arsenal of data.

While all these various companies might be tackling the problem from different perspectives, and some are complementary rather than competitive, the goal is ultimately the same: to combine and make sense of large banks of data. This industry push is being driven by several factors, according to Van de Maele, including a “massive explosion in the volume and complexity” of data, among other trends.

“We’ve seen an acceleration of cloud migration, and organizations need to be able to confidently and securely move their data to the cloud,” Van de Maele said. “Another big need is around AI and ML — as companies look to tap into automation, they need to first ensure that the data they are using can be trusted.”