The in-person event for games industry professionals, WN Seattle’21, takes place on November 16-17 at the Washington Seattle Convention Center. Less than a fortnight before the event, Oleg Nesterenko, Editor-in-Chief at Game World Observer, caught up with the key people behind it: WN Media Group’s COO and Partner Julia Lebedeva and CEO & Founder Pavel Ryaykkonen.

Game World Observer: With the ongoing restrictions for physical events, many of them decided to stay virtual in 2021, while you have already hosted at least three conferences on-site and WN Seattle’21 is just two weeks away. What’s your take on that?

Julia: Virtual events are often easier to organize and less risky business-wise, that’s true. But we are doing our best to meet the community needs. When the online events era just started, many felt enthusiastic about it — no more wasting money and time on travel while getting the same result at the end. But it didn’t really work out like that.

Online communication helps maintain existing connections, but it has become much harder to meet new people. The surge in virtual networking has also revealed so many critical things that you simply took for granted before the pandemic and that are simply not there anymore.

Pavel: Just think of several hundreds of people with similar interests that are put together for the straight two days, day and night. They talk, share, discuss — it takes weeks to follow-up all the meetings after. Don’t forget random meetings around the coffee break station. People miss that!

I think there’s already scepticism and fatigue kicking in towards online events, given their limitations. That said, if we consider an online solution as an additive that we tie in with the in-person event, then the resulting construct is even more powerful than each of its parts separately. We call this a hybrid event. And that’s exactly what we have planned for Seattle.

One undeniable advantage of hybrid events is that they defy borders, which is super relevant, given that travel is still partially restricted. So there’s an online part for those unable to travel, there’s an on-site part, and there’s a shared information space that connects the two. That’s what our online platform WN Hub is for.

Game World Observer: The WN Hub platform sounds metaverse-y. Is this what you are building? A metaverse?

Pavel: Certainly a buzzword, isn’t it? We haven’t necessarily called WN Hub metaverse, but to be fair, we’ve been pushing for something along those lines since the spring of 2020. The virtual expo zone of our events is essentially a city builder. It’s really like a city that features booths, streets, even whole buildings. It’s this whole virtual space that is centered around the industry community that can schedule and hold video or on-site meetings, find business partners, chat, recruit, or find work for hire. It is specifically designed to address the B2B challenges the video game industry is facing.

Game World Observer: With WN Conference, though, rather than bringing global audiences together, you’ve been lately doing events focused on individual markets. Why is that?

Julia: Let’s face it, in the immediate future, business tourism is unlikely to fully resume for a variety of reasons.

And we are witnessing this interesting phenomenon. The gaming business remains largely global, and publishers and developers continue to release games across different regions.

But the offline world is now more than ever divided into regions, and while it’s getting easier to travel within each of them, travelling between them is still very much a problem. So we decided that a good answer to this challenge would be to set up a series of individual WN events in every macroregion where the gaming community is concentrated. This year, we have already held hybrid events in Eastern Europe and China, online conferences in Latin America and Canada, and now we will be doing a hybrid conference in North America, with an in-person part in Seattle. 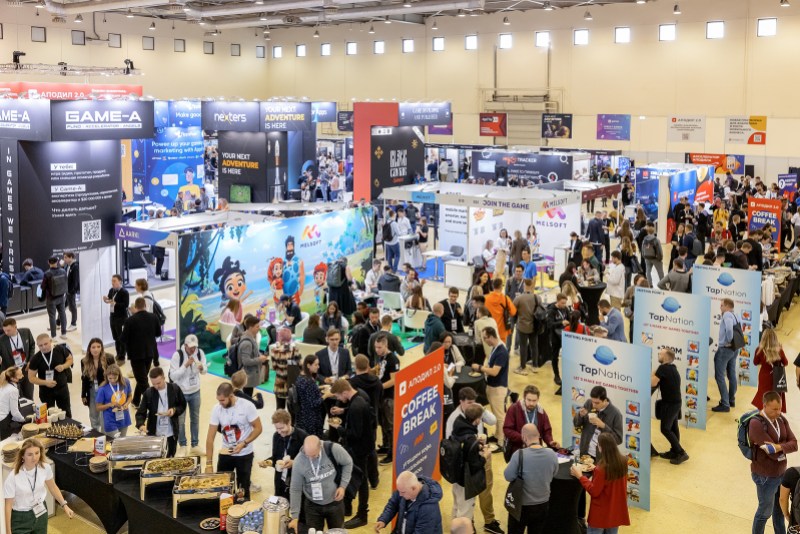 Game World Observer: What can you tell us about WN Seattle? The speaker lineup, the program? Anything special?

Julia: We are quite proud of the program, as it is strongly focused on inclusivity. And we are always trying to provide content that is cutting-edge and diverse enough, so it creates a safe space for sharing, and opens up the discussion and inspires attendees to do so.

Of course, we keep up with the latest trends because our industry is moving forward at a rapid speed. At the same time, we are not forgetting the basics. It is the people, the developers that we think of first and foremost when creating the content — be it on how to run a team, how to scale, get investment, or to simply just learn from someone else’s mistakes.

Topics range from Non-linear Path for Games Startups, Traveling from Basements to Metaverse to Everything You Need to Know to Evaluate Your Funding or Acquisition Opportunity, etc. As for the speaker lineup for WN Seattle, we expect Ed Fries, General Partner at 1Up Ventures; Dean Takahashi, Lead Writer for GameBeat; Kate Edwards, Executive Director at Global; Mihai Pohontu, Chairman at Amber; and so many other brilliant folks.

Pavel: I’d also like to highlight our Developer Support program that allows any game developer team to showcase their games in a booth that we provide together with the free event tickets for the team members. That is a wonderful opportunity for them to get professional feedback and find partners.

And one more thing I’d like to mention. During WN Seattle, game industry veterans are going to announce a new project that will be helping the game industry make a significant contribution to saving Earth. They get our full support in reaching the community.

Game World Observer: What are the safety measures that you are putting in place to assure a risk-free networking environment?

Julia: We are following all health and safety guidelines necessary in the state of Washington. All event attendees must have a negative test result verification or proof of WHO-approved vaccination. Also, wearing masks is mandatory at all times. I guess, it’s a part of the new reality we all are living in now.

WN Media: What’s your general forecast for what the professional community should expect from trade shows in the foreseeable future?

Pavel: The world is changing very quickly, so it’s difficult to predict these things. Hopefully, the in-person opportunities will come back some time soon. And further development of the online networking solutions will also lead to an increase in business efficiency. Like any R&D, it is a trial-and-error path, it is expensive, but we will still push forward. We are lucky to have a strong technical team, and there is no shortage of ideas to try, as always. Ultimately, it may take years and years before online events can match in-person networking in terms of efficiency. The best thing we have now is the hybrid format.

Join the hybrid WN Conference in Seattle on November 16-17 now and get 15% off with the promocode GamesBeat-15.  There is also an opportunity to attend WN North America Online’21 (November 15-19, online on WN Hub) with a free ticket.