Now.gg, a sister company to Android-PC gaming firm BlueStacks, has launched a mobile cloud platform to expand the reach of game developers, and now it is adding a generous revenue split and NFT monetization for the devs.

The Palo Alto, California-based Now.gg has launched a mobile cloud platform for game developers, dubbed a platform-as-a-service (PaaS). It is targeting challenges for game developers including  accessibility, shareability, and monetization. Its new payment platform is available now.

While most platforms charge a 30% royalty for hosting games, Now.gg is taking just a fraction of that as its fee. And it has introduced a first-of-its kind cloud payments and nonfungible token (NFT)-based monetization model for mobile games on the cloud and Apple and Google app stores.

NFTs use the transparency and security of the digital ledger of blockchain to authenticate unique digital items. Now.gg said that its NFT-based monetization, via an NFT marketplace, NFT gift cards, and NFT game fan art, creates opportunities for new revenue for game developers from currently non paying users.

“The two biggest trends impacting game developers are rising customer acquisition costs, triggered by IDFA, and the boom in NFT trading volume,” said Rosen Sharma, CEO of both BlueStacks and Now.gg, in a statement. “For example, NFT trading volume crosses $4 billion a month, which annualized, is about half of the global mobile market. That kind of traction is mind-blowing and just shows how much money is left on the table for developers, who deserve a new model. The mobile cloud greatly boosts developer margins and presents new NFT based monetization channels. We believe this will become a much larger monetization opportunity than the current in-app and app store models. This kind of developer margin and user freedom is transformative – this is the true future of gaming.” 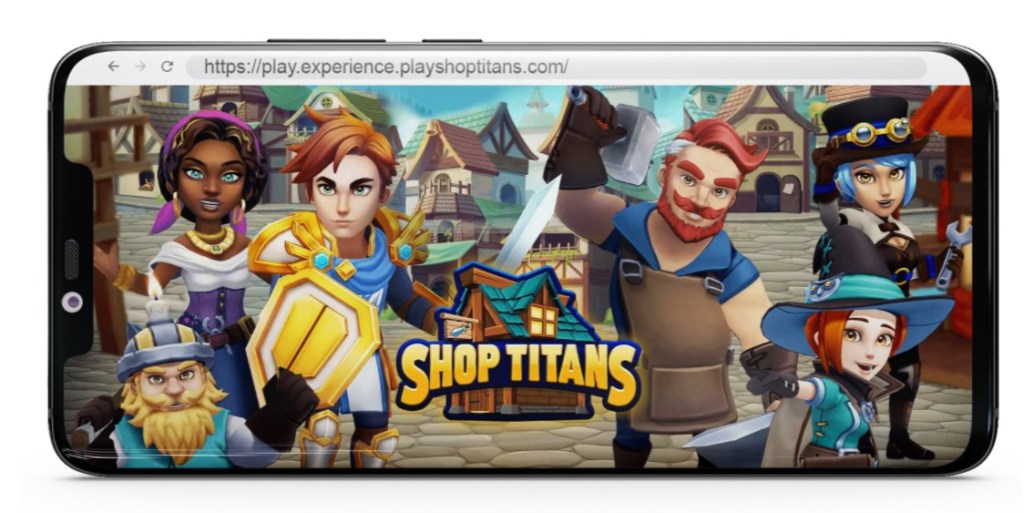 Above: Shop Titans is one of the games that uses Now.gg.

Now.gg is on track to have over a billion minutes of games played on its platform within the year and with the addition of cloud payments, developers can significantly increase their opportunity while offering gamers new and unique ways to buy and trade NFTs.

Now.gg cloud payments was developed in response to the surge of international mobile gaming popularity, low-margin app store policies, and the explosion of NFT trading. Although the mobile gaming market is projected to be $29.1 billion in 2022, only 5% of mobile gamers today make in-app purchases, which leaves a lot of money on the table for developers.

The NFT marketplace targets the currently 95% non-paying users, unlocking an entirely new revenue stream for game developers. The marketplace enables users to buy, trade, and keep digital collectibles. This combination of higher margins and new revenue sources is not possible with current app store policies, shifts the opportunity back to developers, and adds more value for the gamer. 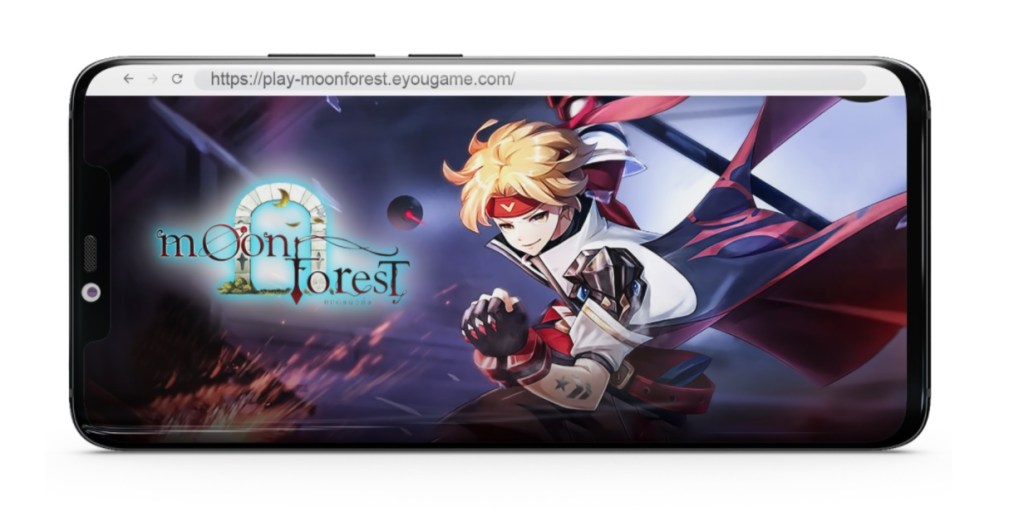 Now.gg enables game developers to publish games directly to the cloud. This means games can be accessed by any mobile device, regardless of storage, device, or regional constraints. And that means billions of people with low- and mid-level smartphones will be able to access high-performance games without lag or loss of resolution, said Sharma in an earlier interview with GamesBeat. Gamers also won’t have to choose between their favorite games and apps when it comes to storage.

Sharma said that Campbell, California-based Now.gg is focused only on mobile cloud so it can deliver software-as-a-service. This is possible now because the Arm-based hardware in mobile smartphones are finally now the same as the Arm-based servers that are just beginning to be used in datacenter servers.

Today, almost 40% of mobile phones cannot keep up with power gaming and 60% of the smartphones in the global market are low- or mid-range and cannot handle compute, storage, and performance-intensive games, Now.gg said. By removing the friction previously associated with mobile gaming, it is now possible to bring the next billion users to gaming.

In addition, Now.gg makes games instantly shareable through the click of a link. Instead of waiting for cumbersome downloads and installs, gamers can immediately share, click and access games. Users simply click the link to instantly play the game and make in-app purchases — no download or install needed until they are ready to commit. They can play on third-party apps like Discord and Snapchat without leaving the platform. 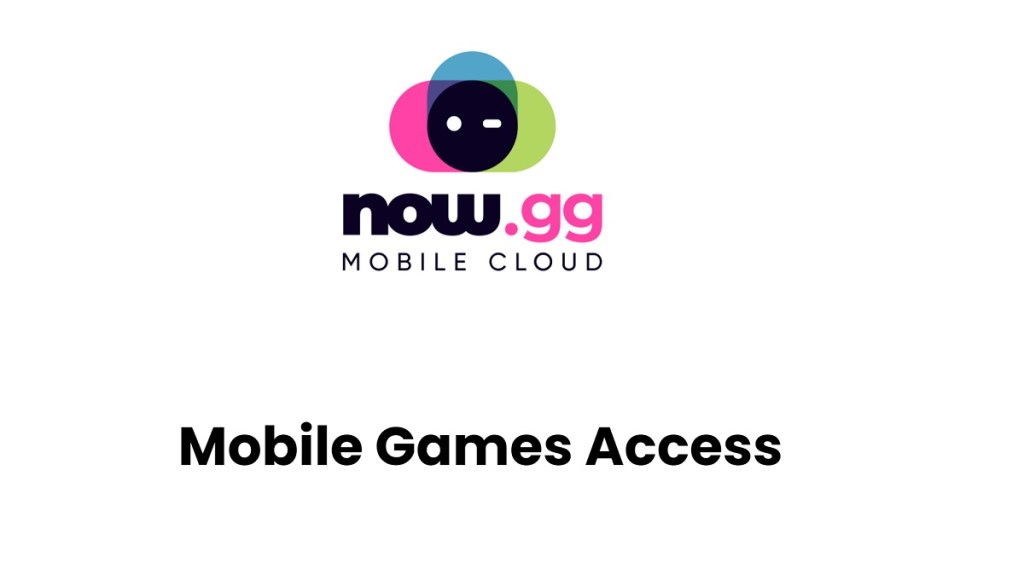 Above: Now.gg has the support of 10 game developers so far.

Game developers can monetize their new users with the mobile cloud without relying on credit cards. Forty-five percent of all online purchases are made via digital wallets and this amount is expected to rise to 51% by 2024. Now.gg gives gamers the freedom to pay through digital payment channels they already have on the cloud, like digital wallets, cryptocurrency or game top-ups. This will enable gamer developers to attract many more new users and to also increase their margins.

And under the new plan, game developers can keep 95% of the revenues.

Now.gg is powered by its proprietary distributed Android stack on Arm servers, called NowCloud OS. This allows game developers to easily enable their existing Android apps for the cloud and build cloud native in the future. This lets Now.gg adapt to the characteristics of the endpoint, bandwidth, and latency constraints and optimize the cost performance of the cloud. Game developers across the world simply need to host their game on the Now.gg cloud and publish the link on their websites to bring global access to their games.

Now.gg got going around 2017, and now it’s starting to take off. Now.gg shares a parent company with Game.tv, the largest AI-powered mobile esports platform, and BlueStacks, the largest Android gaming platform for PCs and Macs.

To support Android apps, NCOS created distributed Android, where the android stack could run distributed across heterogenous NCOS nodes. In addition Now.gg is working actively with game developers to add support for next-generation cloud-native games and also with ARM, AWS, and Nvidia to create the next generation of cloud hardware for this use case.

“The profile of a mobile gamer is going through a generational transformation – who plays mobile games, where they play, and how they play is constantly changing“, said Bai Xue, a producer at Perfect World, in a statement. “Now.gg cloud payments not only offer a new source of revenue for developers, but also introduce more meaningful ways to engage non-paying customers. We pride ourselves on offering a unique and valuable experience to our customers and with now.gg cloud payments, everyone stands to win.”