Magic: The Gathering’s next collaborative crossover features a crossover with RiotX Arcane.

Magic: The Gathering is no stranger to crossovers. The card game has dabbled on and off in the past, with its Secret Lair sub-brand. Secret Lair offers exclusive products that only remain available for a set amount of time. In the past, it has produced crossovers with brands like My Little Pony, Godzilla, and The Walking Dead. 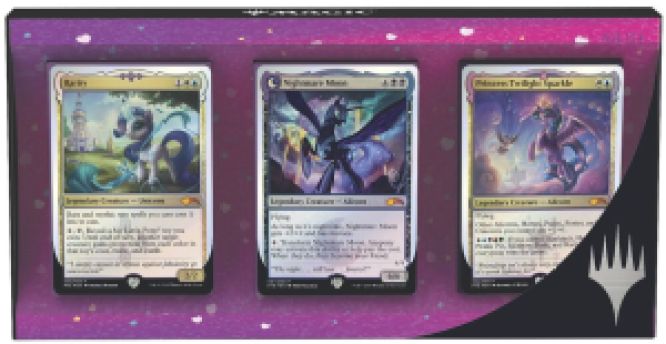 Above: Magic: The Gathering and My Little Pony did a charity crossover

RiotX Arcane is a month-long event being put on by Riot Games to promote its animated series Arcane. RiotX Arcane has cross-promotions with a number of other products, like Among Us and Fortnite.

“We’re thrilled to collaborate with Riot Games on two Secret Lair drops to celebrate the launch of the League of Legends animated series, Arcane,” said Wizards of the Coast president Chris Cocks in a press release. “Bringing fan-favorite brands into the Magic Multiverse is an exciting way for us to bring Magic to life in bold new ways for lifelong fans and first-time players.”

The two time limited sets will be available on the official Secret Lair site on November 29. Pre-orders start at $29.99 for non-foil cards and $39.99 for the foil variants. They will be available for purchase until December 23.