Rogue Games has some big plans to grow with bat-sh*t-crazy games. The quirky game publisher company recently announced a series of efforts to launch more games, and CEO Matt Casamassina said in an interview with GamesBeat that the company has ambitious growth plans.

“This year is going to be our biggest year on record by far,” Casamassina said. “Rogue is a very healthy business right now. In 2022, we are looking at another 400% growth, if everything goes to plan. I think these new moves are going to catapult us to a new level in terms of where we are as a publisher.”

Rogue Games recently announced that it will collaborate with Bloober Team on a next-generation game. We can assume that’s a horror game, as Bloober is the developer behind Layers of Fear, The Medium, and Blair Witch.

“It’s a very ambitious next-generation title that we just couldn’t be more excited about,” Casamassina said.

On top of that, Rogue Games recently work with Netflix on its first group of in-app games. 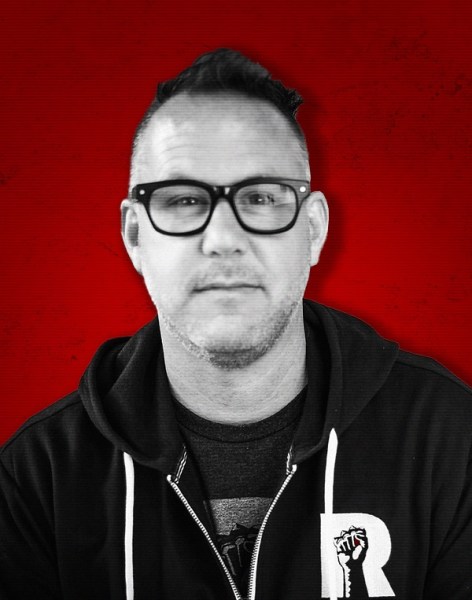 Above: Matt Cassamasina is CEO of Rogue Games.

As for Rogue’s habit of probing around the edges of the game industry, Casamassina said the game veterans at the company are all very well connected.

“We tend to get it early on things whether that’s being first on Apple Arcade and Google Play Pass,” he said. “And now we’re really happy to be jumping on with Netflix. What I really like about what Netflix is doing is that they’ve got a very clear vision for what they want this game service to be. And they have such a great audience. This is a really engaged active audience that, unlike some platforms, is really going to focus on discovery. And so when we’re featured, there is potential for millions of people to see it.”

Above: Rogue Jam will be a contest for indie game developers.

In the Rogue Jam, developers will have a chance to win the top $500,000 prize and exclusive development deal with Rogue. Submissions open next week at RogueJam.com. All told, the prizes are worth $800,000.

Casamassina said it will be an indie developer celebration that will last weeks and culminate with an online week-long event highlighting the best submissions. It’s a lot different from the game jams that ask developers to make games in a weekend.

“We feel like this is an unprecedented indie game development event,” he said. “Rogue believes in the indie game community. And we wanted to celebrate that community with an event that really allowed some of these more ambitious projects to come to light. And so Rogue Jam is a  multi-month campaign with lots of exposure for us and our partners across our campaign, both on IGN and also on all their social networks.”

“We have judges across the spectrum with just a ton of experience represented,” Casamassina said.

Rogue recently released the puzzle-platformer that blends fishing and music creation in Monomals for the Nintendo Switch. It also launched the physics-based party game Fisti-Fluffs for the Switch, and it remade Sony’s classic Wipeout game for mobile as Wipeout Rush.

Overall, Rogue is still small with just 20 employees. And it is hiring.

As for how big the industry is getting, he said it’s a natural evolution. We’re seeing a lot of big brands focusing on quality games, rather than just slapping licenses on mediocre titles as was done in the past.

“Everyone is competing for eyeballs, whether it’s traditional entertainment, movies, TV, or video games,” he said. “I think Netflix is smart to realize that they’re jumping into games because they see that’s where a lot of eyeballs are.”

He added, “This is a huge opportunity for Rogue because we talk to a lot of publishers who come to us to help them get over the finish line. The amount of money we are giving to Rogue Jam is in line with the budgets they need to finish a lot of their more efficient projects. That’s why the number is where it’s at right now.”