With the Analogue Pocket, gaming fans have a pristine new way to experience chunky old handheld games. The experience is so good using the Pocket, that it makes many games that are a quarter-century old (or older) feel crisp and new. This is thanks to the pocket’s solid construction, responsive inputs, and dazzling display. Put as simply as possible: If you have a substantial Game Boy or Game Boy Color cartridge collection, you need this device.

The Analogue Pocket is available now (kind of) for $200. You can get it with a dock to connect to a television for another $100. As with everything else on Earth, however, enthusiastic consumers are encountering delays as supply struggles to meet demand.

I will not go over every feature of the Pocket in this review. You can see the system in action along with most of its features in the video at the top of the page. Instead, let’s talk about what I like, what I don’t, and why.

The star of this show is that screen. Analogue brilliantly decided to implement a 3.5-inch 1600-by-1440 panel. While that might seem like Analogue is committing overkill, it works here because that is exactly 10-times the resolution of the original Game Boy and Game Boy Color. This means that Analogue can integer-scale those original games up to fit perfectly onto this screen. Maybe more importantly, the resolution is so high that you can interpolate nearly any other classic system without losing the proportions of the original pixel art.

In addition to the sharpness, the panel uses a variable refresh rate. This ensures that slowdown and stuttering feels more seamless and natural. The Pocket also has an ultra-vibrant brightness and extreme viewing angle. It’s simply a display without any real faults. 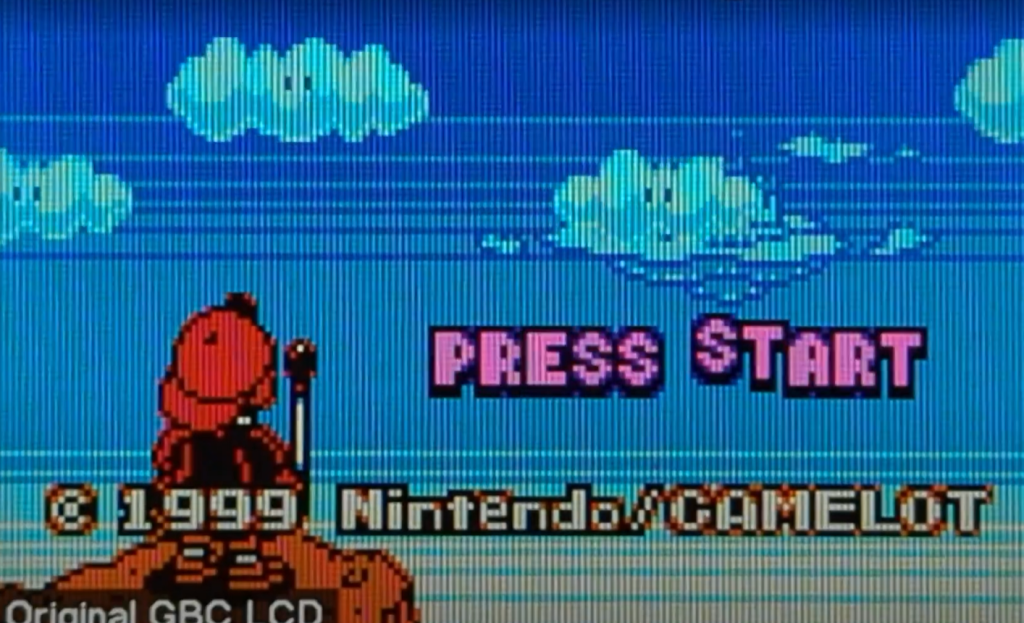 Above: Zoomed in on the Analogue Pocket screen in its Game Boy Color LCD mode.

Analogue Pocket: Clever and easy to use

Beyond the screen, I like nearly everything else about the Pocket. Its 4,300 mAh battery lasts a really long time, and you can recharge it relatively quickly. Analogue included loud and clear stereo speakers. And the D-pad and buttons are all solid and feel responsive. I especially like the shoulder buttons, which feel a lot like the L+R inputs on the GBA SP.

Analogue also ensured that you can quickly make adjustments to get the most out of the Pocket. You can hold down a few buttons to increase the brightness or to swap between classic display modes. While Pocket beautifully enhances older games, you can switch to a mode that emulates the look of an original Game Boy or the Japanese-only Game Boy Pocket Light. A similar shortcut option also enables you to save and load your state.

The menus are also easy to navigate while also giving you powerful options to control the specific features for the games from different systems.

If you get the optional Dock, the system quickly turns into the best way to play any of your handheld classics on a TV. You can pair a wireless controller using Bluetooth or use many different kinds of wired controllers.

Finally, I appreciate the device’s very simple sleep mode, which makes it easy to quickly pick up a game whenever you have a minute or two.

Analogue’s first handheld comes up short in a few areas. For one, while it supports the Everdrive (that enables you to put hundreds of games onto a single cartridge), you cannot put the system into sleep mode while using that cart.

And while the Pocket’s screen is the ideal size and resolution for Game Boy, GBA games play in a letterbox format. That is, however, only a tiny complaint as those games still look incredible.

The volume button is difficult to distinguish from the power button when you’re playing in the dark.

The Analogue Pocket is great now as a way to play certain classics. I love what it does to make those games feel fresh. And I would buy this device for those known and proven capabilities.

That said, Analogue is opening up its FPGA system to developers who want to build new cores for the Pocket. This could, hypothetically, bring support for all kinds of classic consoles. But we’ll have to wait and see what support for the Pocket looks like.

Of course, if you’re someone who wants to create, the Pocket has you covered in multiple ways. You could try to build new FPGA cores, or you could use the included Nanoloop music-creation tools. The Pocket even enables you to boot up games that people create in the modern GB Studio development tools.

All of that taken into consideration, the Pocket is exactly what I was hoping for. Now it’s time to find out if it’s all that and more.

Analogue Pocket is available now for $200. Analogue provided a sample unit for the purpose of this review.