Chris Park, the previous CEO, will shift into an advisory role with a focus on Gen.G’s sports and education segments.

Since becoming COO role in 2019, Hur has overseen both the strategic definition and execution for the company and led the esports team operations. In his new role, Hur will focus on Gen.G’s esports training program and developing new community initiatives with both fans and partners.

Hur started as the third person at the company in 2017 with the founders Kent Wakeford and Kevin Chou. At the time, the company was called KSV Esports, and Hur helped get its content marketing operation off the ground with a video project to help turn the esports players into YouTube phenomena. They were creating new careers and a new company in the modern esports era.

Prior to joining Gen.G, Hur was the president of Memebox, a Y-Combinator start-up that has raised over $196 million. He worked on the travel vertical product and strategy integration at Google, management consulting at the Boston Consulting Group, and investment banking with Goldman Sachs.

“It’s an exciting time for Gen.G and its unique position within the esports industry,” said Chou, chairman of Gen.G, in a statement. “Arnold has built incredible momentum around the organization to capitalize on some of the most exciting game-changing opportunities that are emerging.” 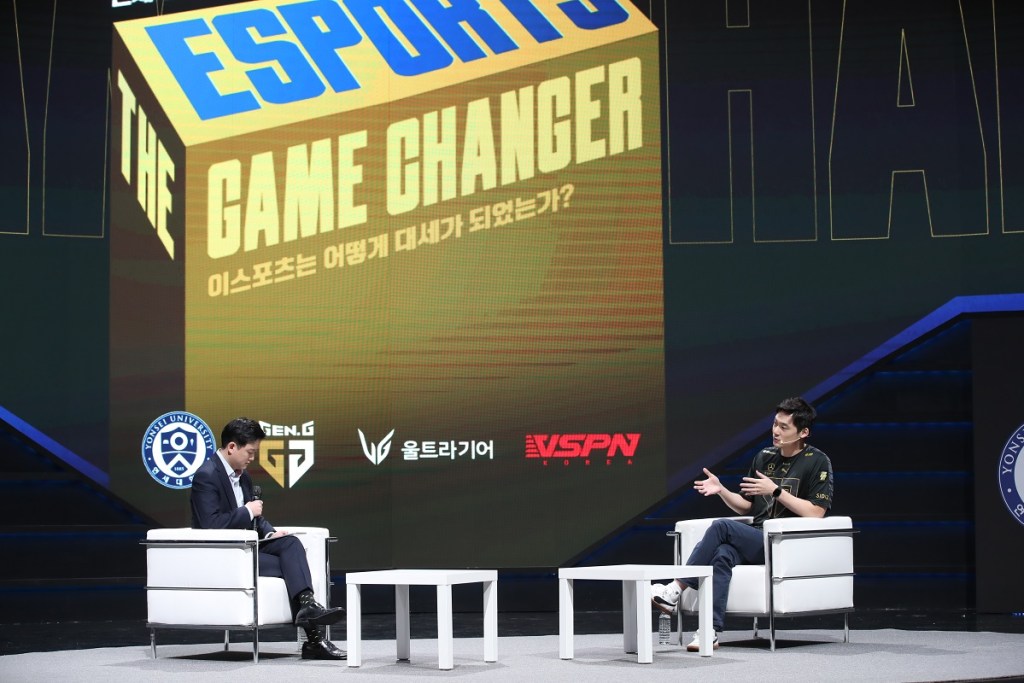 Above: Arnold Hur splits his time between Seoul and Santa Monica.

He added, “We are in a great position helping new partners entering the space every day and leading innovative developments in Web 3.0 and the integration with the metaverse. Most importantly, he has a deep understanding and passion for the community around esports, so I can’t think of a better person to lead the Gen.G organization during these exciting times.”

Hur said the company is studying the Web 3 space, where nonfungible tokens (NFTs) are booming and coming into games. The company isn’t diving in just yet as it wants to go beyond some of the superficial NFT projects that others have been doing.

“Our angle is a little bit different. I feel like a lot of esports teams, publishers, and others are failing at doing this. I feel like they’re not really embracing the community side. They’re looking at like the commercial side. We made mistakes along the way. But we came to understand what it takes to build those communities and then start crossing them over. Then we took those learnings started crossing them over into music into fashion. But I think a lot of esports teams and publishers are just trying to cross over right now into the crypto and Web 3 space, while we’re spending a little bit more time really understanding what that crypto community looks like.”

The integration of esports and NFTs and crypto has to be more authentic. 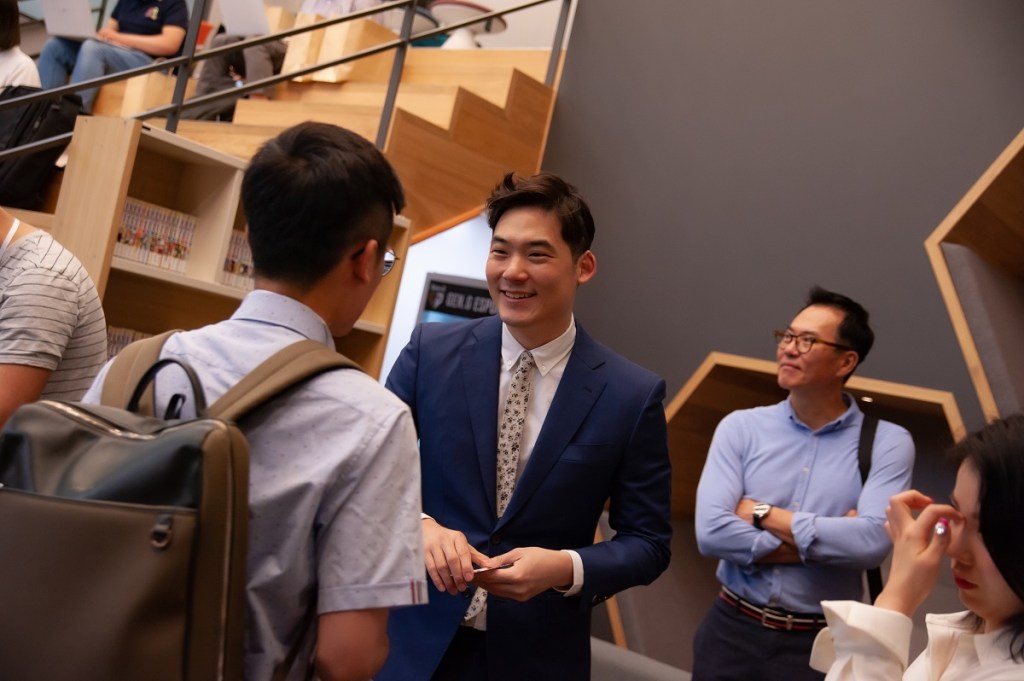 “How do you actually create meaningful activations and meaningful partnerships that are not just about puting a patch on an esports team like your Dodgers, but more like how do you make sure that you’re working with content creators? How do you make sure that you’re creating specific activations for sponsors? I think those areas require native understanding of the gaming community,” Hur said.

Under Park’s leadership, Gen.G made inroads into working with the different esports leagues. Park had a sports background, and he also paved the way for Gen.G to establish relationships with universities and other ways to link with fan bases.

In some ways, Hur has been frustrated that esports has been in a mode of moving two steps up and one step back in its growth. It was hurt by the pandemic, but it has also had to find is way to new business models, such as an emphasis on creators and social media traffic, rather than big media deals related to physical sporting events. Hur believes the right path is to stay tight with an esports organization’s community.

“The strongest part of our business is figuring out how to bridge communities,” he said. “We have onboarded new partners into the space of gaming, like Puma, an apparel brand.”

Those brands want to connect with the young enthusiasts who don’t spend as much time with traditional media.

“It’s been a really exciting thing, growing the company and figuring out what esports is,” Hur said in an interview with GamesBeat. “I feel like the space has been changing a lot. How do you get the right franchise? The right publisher? I think we did a good job of doing that. And we know what we are good at. We’re really trying to double down on those parts.”

One of the big tasks is to build community around the teams, the games, and esports in general. Gen.G has been good at blending gaming and esports with other communities, like fashion and music.

“We have even launched music videos with Korean hip-hop artists,” he said. “We’ve done collaborations with street wear fashion designers, building these bridges between disparate communities.” 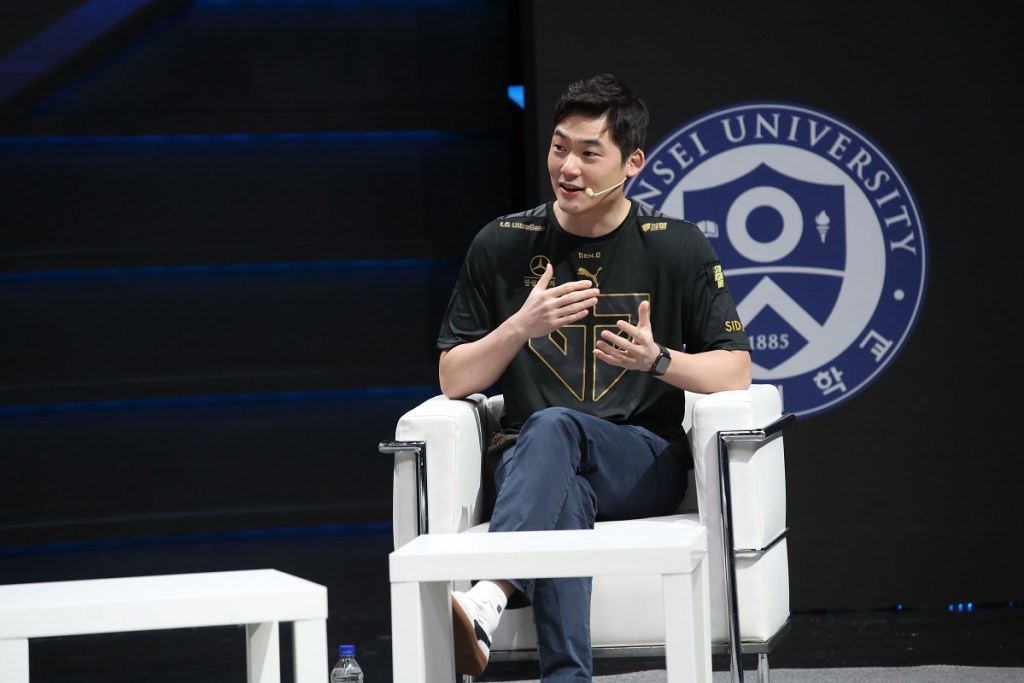 Above: Arnold Hur is studying the crossover of esports and other industries.

Gen.G remains a company split across cultures, as it has a headquarters in both Seoul in South Korea and in Santa Monica, California. The Gen.G team now has more than 100 people.

One of the biggest challenges that esports faces is a conversion to a digital-first model, Hur said.

Gen.G built a fancy headquarters in Los Angeles for its teams in Playa Vista. But that was before the pandemic, and it was at a time when the thinking was that the teams would live, work, and play together in pretty much the same area all the time. But in the pandemic, the company shifted to Santa Monica and embraced the idea of the headquarters as a hub that the team could visit.

“The distributed model makes sense for us,” he said.

And as esports events return to physical events, Hur believes the big tournament companies have to focus less on long tours across cities and more on tentpole events, as traveling all the time makes less sense these days for teams.