Historically, gaming and gambling were considered completely separate activities. Gaming was a mostly free, skill-based activity while gambling was a chance-determined activity for which the player had to invest money to win money.

But, according to research from academics Dr. Daniel L. King and Dr. Filipa Calado, these differences have been diminishing over the last decade. Social networks offer social games that are traditionally gambling games, like slot machines, poker, and roulette. Though these games are free-to-play, they encourage players to make in-game purchases with money to improve game performance.

The change which tore a gaping hole in the wall between iGaming (online gaming) and gambling is the 2018 Supreme Court decision to strike down the Professional and Amateur Sports Protection Act, a law from 1992 that barred most state-authorized sports betting outside of Nevada.

Of course, advancements in technology have also impacted the closing of the gap between iGaming and gambling. When the Professional and Amateur Sports Protection Act passed both houses of Congress and was in-acted in 1992, the internet was something used by academics and geeks to communicate. Tim Berners-Lee only invented the Word Wide Web in 1989 and wrote the first web browser in 1990 for desktop computers. Technologically, that was light years ago compared with today, when more than 80% of US sports betting revenue is via a mobile device.

One reason that the legalization of sports betting has grayed the line between iGaming and gambling is that Americans are now betting on games that they have grown up playing and watching like football, baseball, and basketball as opposed to games one plays at a casino. According to data from the American Gaming Association, 45 million Americans plan to bet on the National Football League (NFL) this season, a 36% increase from last year. Beyond this, leading sports brands like ESPN are considering licensing their brand to sports betting companies. 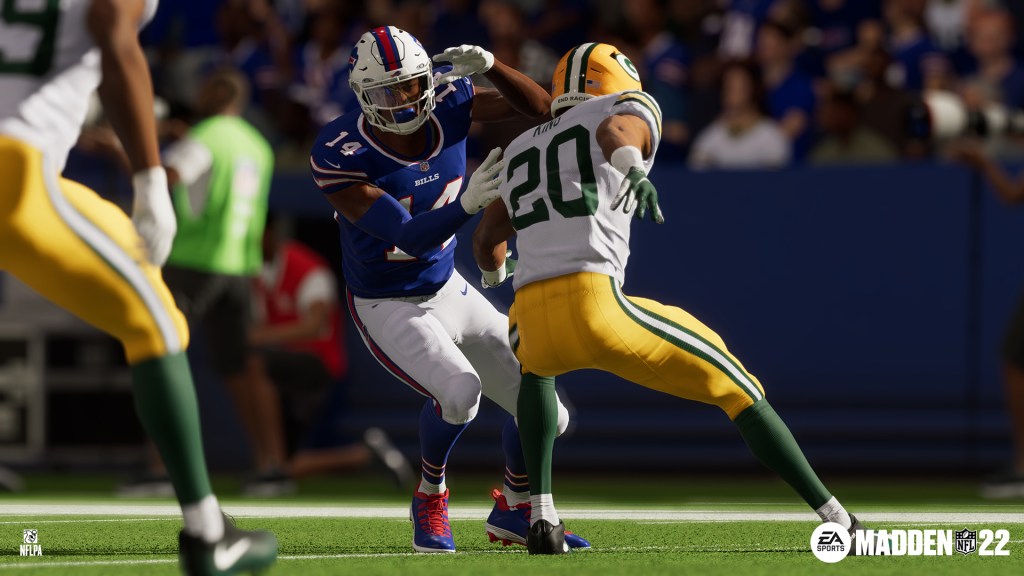 Another reason is the growth of eSports, which was driven by the explosion of live streaming through platforms like Twitch as well as YouTube, Facebook Gaming, Caffeine, Owncast, Mobcrush, and Steam TV. ESports brings in a younger demographic who are excited to watch digital natives like themselves, who aren’t top athletes, play online. And even older people are excited by the game-playing dynamics of live streaming eSports, which has made it one of the fastest-growing segments in both iGaming and gambling today.

Yet another reason is device-related. Though gambling historically (pre-1990s) occurred in a casino or physical location designated for gambling, today, both iGaming and gambling are predominantly occurring on our mobile devices or PCs.

With sports betting available on esports, these classic computer games are helping erode the line between iGaming and gambling by letting people gamble on games. A teenager who grows up playing Fortnite is more likely to start betting on Fortnite than in other sports because she understands the game dynamics and is interested in Fortnite. This trend has helped to make Twitch, which has focuses on video game live streaming, a hub for Twitch betting.

With many users playing games with their friends, another sports betting data point is relevant to the intersection between iGaming and gambling. The most popular form of sports betting for Americans remains to do it casually with friends, which 21.7 million are expected to do this year, an increase of 31%, according to the American Gaming Association.

Thanks to the growth of sports betting, and with many twenty and thirty-something who grew up on iGaming now legally able to bet on sports, I expect this demographic, who now have the disposable income to bet, to push for greater cross-pollination between iGaming and gambling.

Omri is the CMO of Zoomd, a site search engine for publishers, and a mobile app user-acquisition platform integrated with a majority of global digital media, to advertisers. Before Zoomd, Omri was a co-founder and VP of Business Development at mobile marketing provider Moblin since before the launch of the iPhone. Omri began his career working in sales, marketing, and business development for Microsoft.