Nexon has invested $400 million in AGBO, a film and entertainment company created by Avengers directors Anthony and Joe Russo.

The minority investment from Tokyo-based Nexon values AGBO at $1.1 billion, which is a vote of confidence in the Russo brothers, who made films such as Avengers: Infinity War and Avengers: Endgame, which were among the most successful Marvel movies of all time.

AGBO is the production studio established by the Russo brothers and their producing partner Mike Larocca in 2017 to innovate and advance the next generation of storytelling.

Nexon’s online games like Kart Rider and Dungeon & Fighter have generated billions of dollars in revenue over the years, and Nexon is using that money to make big investments in companies like Hasbro, Bandai Namco, Konami, and Sega Sammy. But this investment matches the trend of game companies going Hollywood, as Sony demonstrated yesterday with its previews of the Uncharted film and the HBO TV show The Last of Us. Microsoft is also creating a Halo TV show and Gearbox is making a Borderlands movie.

In an interview with GamesBeat, the leaders of the companies said that they believe this relationship will be deeper.

While the Russo brothers worked on Avengers for a decade, Nexon operates in a similar fashion with its games-as-a-service online games, as some of Nexon’s games are still earning revenues after 15 years, said Owen Mahoney, CEO of Nexon, in an interview with GamesBeat.

Above: AGBO is focused on creating entertainment universes.

“We’re seeing a secular convergence between various forms of entertainment media, and the winners are going to be the ones who can think about this deeply,” Mahoney said. “We believe in the theme of secular convergence, about building deeply immersive virtual worlds, and your experience or your intellectual property are incredibly relevant. And you have to think holistically about them. We don’t think that there are a lot of people that are thinking in a deep way about this, but we’ve worked very hard to find people who are creative, who care deeply about it.”

The company creates and produces film and television projects for streaming and theatrical distribution, with partners including Netflix, Amazon Prime Video, NBC Universal, Disney, Apple TV+, A24, and Roku.

AGBO plans to specialize in creating cinematic “universes.” AGBO wants to create franchises with significant scope and scale — spanning film, episodic series, digital media, and gaming/interactive experiences. Where Nexon comes in is in helping with both game-based and original intellectual property ideas that could turn into a new kind of reverse transmedia, where gaming inspires movies.

“We are certainly motivated to find opportunities to work together,” said Jason Bergsman, CEO of AGBO, in an interview with GamesBeat. “We’re in the early stages of feeling those out. I’d like to think we are going to do something new.”

The Russo brothers and the writing team of Christopher Markus and Stephen McFeely (AGBO’s co-presidents of story) — partnered to direct and write four Marvel films generating a cumulative $7 billion in box office revenues.

Nexon’s investment will further support AGBO’s development, production, and ownership of tentpole-led intellectual properties appealing to worldwide audiences while enabling AGBO to more aggressively pursue the development of gaming and virtual world experiences that extend storytelling and interactive audience engagement around its IP.

“All the good things that come in our industry and around the entertainment industry come from very, checked-in, highly capable creators who insist on making something interesting and new and fresh,” Mahoney said. “My job really is to empower people like that because I know good things will come in the world and certainly for our for our shareholders. It’s very hard to do.” 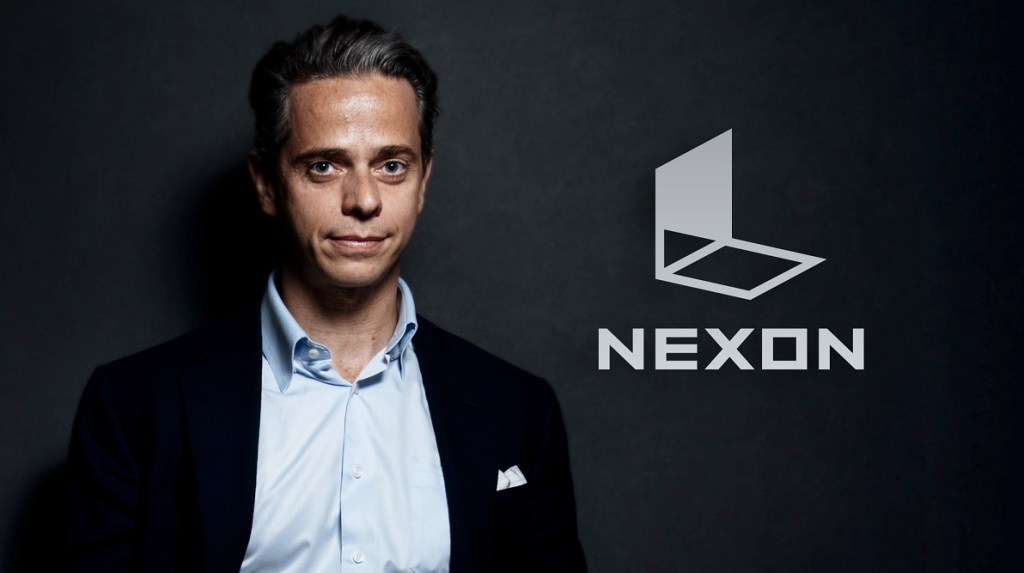 AGBO remains an independent company economically and creatively controlled by the Russos and AGBO management and will continue to work on a diversity of entertainment projects, now with the added benefit of the strategic relationship with Nexon.

“AGBO is driven by creatives who aspire to work at the universe scale,” the Russo brothers said in a statement. “AGBO’s partnership with Nexon represents a significant juncture for entertainment, furthering the convergence of franchise filmmaking and games with a global reach. Our collaboration is based on our shared vision of the future of storytelling and utilizes the unique talents of both companies.”

Nexon’s top franchise, Dungeon & Fighter, is especially popular in China and Korea, Nexon’s home market, and it has generated over $18 billion in lifetime revenue.

Nexon’s investment in AGBO is made through Nexon Studios, Nexon’s newly launched U.S.-based film and television division, which is led by entertainment industry veteran and Nexon’s chief strategy officer Nick van Dyk. If requested by AGBO, Nexon has committed to invest up to an additional $100 million in the first half of 2022.

There have been many failed projects between Hollywood and game companies.

“We all believe it will be brighter than most of the historical context has been,” said van Dyk in an interview with GamesBeat. “Video games, just based on their popularity and engagement, remain the most wildly untapped reserve of franchise IP in the world. [Collaborations] have worked, but they are not as successful as what we aspire to do, and probably not as their creators aspire to do.”

In the past, movie makers would grant a license after a hit movie has come out, and then game makers get started on an idea where there is already a lot of film canon. That means they get limited creativity in extending that franchise to games, van Dyk said.

“What makes a great game is gameplay,” he said. “And there were a story elements to it. And what makes a great television program, iis story and character, which is really a different type of storytelling.”

Bergsman said that the investment from Nexon will help AGBO think long term and preserve its rights, but he said he believes other parties will help with the financing of AGBO’s various projects. So the money from Nexon doesn’t mean AGBO is done raising money.

In this case, van Dyk said both companies have a lot of respect for each others’ capabilities.

“We really see the opportunity for collaboration going in two directions,” Bergsman said. “There is the more established process of Hollywood adapting a gaming franchise into film and television.”

Van Dyk also said the companies could take the approach of collaborating on an original idea. Given that kind of collaboration, Bergsman said AGBO might think about designing a universe in a different way so that it could be expressed as a game world or a film world.

“We’re equally as enthusiastic about the prospect of expanding our linear-based narrative universes into interactive experiences,” Bergsman said.