2021 was a breakthrough year for non-fungible tokens (NFTs), with total sales amassing a record $23 billion. The trend has already carried over to the world of gaming, with major publishers including Square Enix, Ubisoft, and EA all declaring blockchain and NFTs as the future of the industry. NFTs open a world of new possibilities and utility, and are perfectly positioned for lasting success in gaming.

That being said, there has been plenty of resistance to blockchain gaming — be it Valve’s decision to block all NFT games on Steam or skeptical discourse in the gaming community on their use. Much of the critique stems from uncertainty about the role of this new technology, which wouldn’t be the first time anyone resisted change within the gaming community. Does anyone recall the apprehension about Xbox One’s diskless console?

Now, digital consoles are comparable in function and more cost effective for hardcore gamers. In the same way, as long as NFTs remain poorly understood by the wider gaming community, resistance and hesitancy will remain. Education is crucial to the growth of blockchain gaming.

A playground for innovation

It’s not surprising that gaming would be a driving force behind NFT adoption; the industry has long been a proving ground for emerging technologies. Augmented reality’s (AR) best moment arguably came in 2016 with the explosion in popularity of mobile game Pokémon GO, while virtual reality (VR) eventually came good with Beat Saber and Half Life: Alyx.

Invisible innovations abound on the back end, too — for example, most probably aren’t aware that Fortnite has deployed in-game bots since season 11, and while they’re not very challenging, this showcases the capabilities of artificial intelligence (AI).

So after doing some testing it seems everyone's very first game of Fortnite Chapter 2 has 10 human players and 90 bots… lol ?

When it comes to blockchain gaming, indie developers like SpacePirate Games are enhancing gameplay by infusing the experience with NFTs. 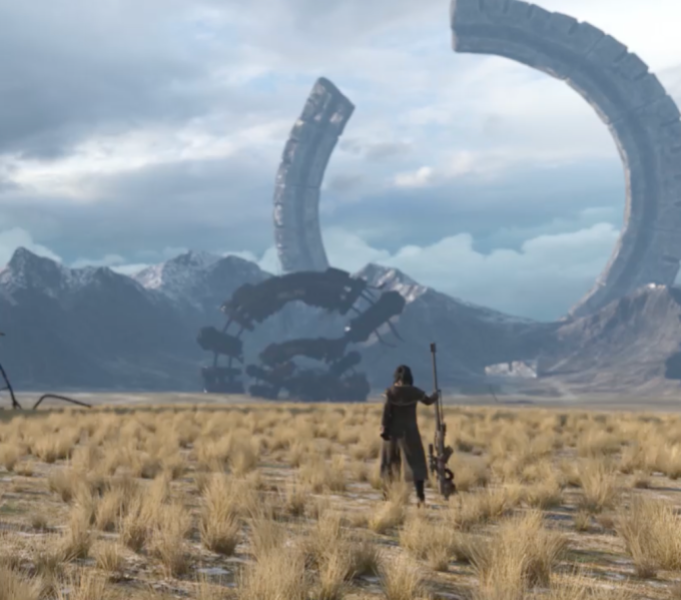 Above: Access token for Age of Rust by SpacePirate Games.

While it’s still early days, we are seeing triple-A studios adopt a crawl-walk-run approach, set to incorporate and ramp up more Web3 elements within game releases over the coming five years. The gaming use case makes perfect sense, as gamers have become very comfortable with the feeling of owning intangible assets, be that saved game data, trophies, and achievements, or even just a unique in-game upgrade.

a New Year's letter from the Square Enix president talks about new tech/concepts including NFTs, the metaverse, and particularly how blockchain games "hold the potential to enable self-sustaining game growth" https://t.co/qtdFCvQdeB pic.twitter.com/FOG4S9Hpgb

While many studios aren’t equipped with the in-house know-how to incorporate NFTs at scale, our gaming habits will soon be translated into everyday life. Owning digital assets will be standard for citizens of the metaverse, and that encapsulates the transformative potential of NFTs. In reality, they effectively already exist in the realm of gaming, but NFTs provide a way to streamline and secure possession of virtual property.

Gaming NFTs: Not the JPGs you heard about

One of the largest hurdles to overcome is the popular misconception of NFTs being solely related to digital artworks which are traded for monetary gain. In fact, the most exciting aspect of NFTs has nothing to do with individual assets but instead relates to the scope of their utility within an evolving digital landscape. It’s clear that we will spend more time within global, virtual, and interconnected worlds — namely the metaverse — and NFTs will be a  core component of everything within this new digital domain.

The promise of NFTs is to move power and ownership in the metaverse away from big tech corporations and back to individuals as they exist within their communities. In today’s gaming landscape, players either spend money or substantial amounts of time on acquiring virtual goods that are only effectively rented from the game-maker, with no real-world value or possibility of existing outside the confines of that world. With the passage of time and as certain consoles or titles fall out of favor, all of this effort dissolves into nothing.

Blockchain gaming spells the end of this reality. Already, so much of how we engage with games is fertile ground for new ideas. For those used to spending and enjoying countless hours in hugely popular massive multiplayer online (MMO) gaming worlds, NFTs can translate time spent working towards deeply meaningful statuses or rewards in their alternate lives, to real-world value and true ownership. Above: A Microsoft NFT rewarded to Azure Space Mystery participants, which can also be used in MyMeta Minecraft.

The misconception about art NFTs rears its ugly head again here. Because the term “NFT” makes most people think of receipts for an off-chain JPG, they balk at the term “true ownership.” But you can’t “right-click” a utility NFT stored in a wallet. That NFT’s information will stay there for the user to admire and remember, and/or until a future project uses its data.

On that point, despite the dominance of gaming in depicting the utility of NFTs, it is important to remember that they are not synonymous with gaming — nor is the metaverse. Both NFTs and the metaverse are concepts that will find application at the intersection of Web3 and society.

As Web3-enabled gaming expands, rewarding players adequately for their playtime and investments within virtual economies will become critical to success. We have seen plenty of examples of inadequate gaming reward systems contributing to the downfall of titles.

It’s just as important to get these reward systems right in NFT games. It comes with additional challenges — as Valve found with Artifact, balancing non-cosmetic items is a fraught endeavor that impacts users’ wallets with every lever pulled.

But there are also advantages: smart contracts enable trustless systems, and most of the cut that would’ve been claimed by a middle-man can be given to the players. This is play-to-earn, and one of the early experiments helped poorer folks in the Philippines get through the pandemic. Finally we’re acknowledging the value non-paying players provide to a multiplayer game, and this formula will improve over time.

The way we see it, ensuring that value is cross-chain compatible will be essential, as no one metaverse will remain competitive if siloed from the others. The creation of a shared item and loot universe across games dramatically improves the value gamers derive from their virtual investments. This is akin to the advent of cross-continent navigation, something taken for granted today. The new trade routes between Europe and Asia connected the formerly siloed regions, generating greater wealth for all sides. The same will happen when blockchains and game universes are bridged.

In addition, fan tokens and creator economies will create new methods of engagement and fairer forms of compensation for those influencers and communities which have flourished on platforms like Twitch, Reddit, and Discord.

As is normal, most of the experimentation will happen in the indie space, which we enable with developer tools at Enjin. The results of these experiments will filter upwards as the more risk-averse, regulation-conscious triple-A space starts to dip its toes. Ubisoft is showing early initiative with Quartz, though it’s a toe-dip, and the reaction is reminiscent of the Xbox One backlash mentioned above. This is a triple-A using a key franchise to begin giving marketplace control back to the players, and that’s a positive step.

It is now not only possible to envision a global gaming ecosystem that places blockchain at the core of a more involved, rewarding, and connected experience — we’re already seeing it come to life before our eyes.

Witek Radomski is Co-founder & CTO at Enjin, where he oversees the company’s technical engineering, product vision, and development. Witek wrote the code for one of the first-ever NFTs in 2017 and is the author of ERC-1155, a groundbreaking Ethereum token standard that enables developers to deploy both fungible and non-fungible items in a single smart contract.