Venture capital dealmaking, exit and fundraising values all broke records in 2021 by stunning amounts, according to the PitchBook-NVCA Venture Monitor report.

“By all metrics, 2021 was a banner year for the U.S. VC ecosystem,” said John Gabbert, CEO of PitchBook, in a statement. “A fair portion of the new investment records can be attributed to the record levels of capital washing through the system. VC dry powder at an all-time high and a rapidly growing number of crossover investors are participating in, or even leading, VC deals. With VC returns outpacing every other private capital asset class, we expect LPs to continue to allocate capital toward venture at unprecedented rates in the coming year.”

Investors raised an unprecedented $128.3 billion, passing the $100 billion mark for the first time. In addition, $774.1.4 billion in annual exit value was created by VC-backed companies going public or being acquired. 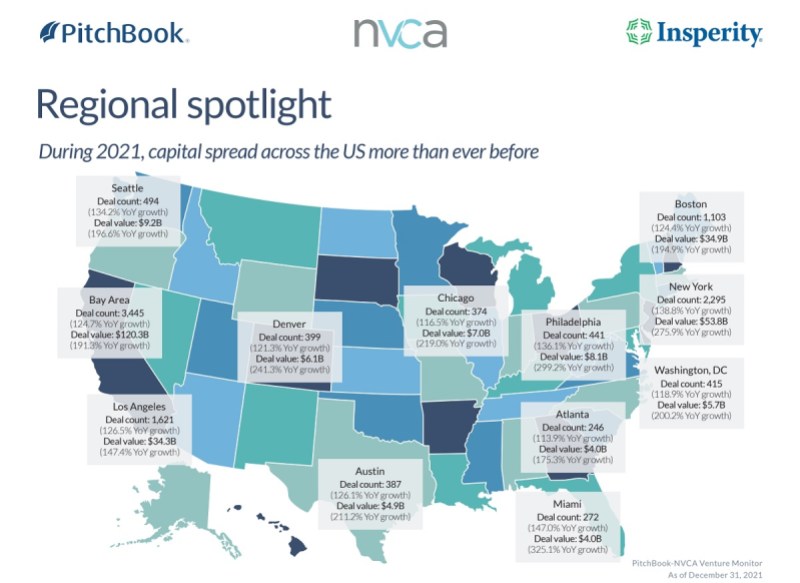 About $681 billion of that was realized through public listings, confirming the favorable conditions presented by strong public markets and valuations as well as the availability of special purpose acquisition companies (SPACs) as an alternative to initial public offerings (IPOs). Overall, the venture ecosystem observed a sharp uptick in valuations across all stages of the investment cycle.

“The best news about these record achievements is that we are creating more American made entrepreneurs than ever before,” said NVCA CEO Bobby Franklin, in a statement. “Entrepreneurs are our nation’s job creators who plant the seeds for the new high growth companies of tomorrow. To ensure their future success we need policymakers to think about the long game when it comes to the startup ecosystem. These numbers show the massive impact our industry can have on our nation’s economic success.” 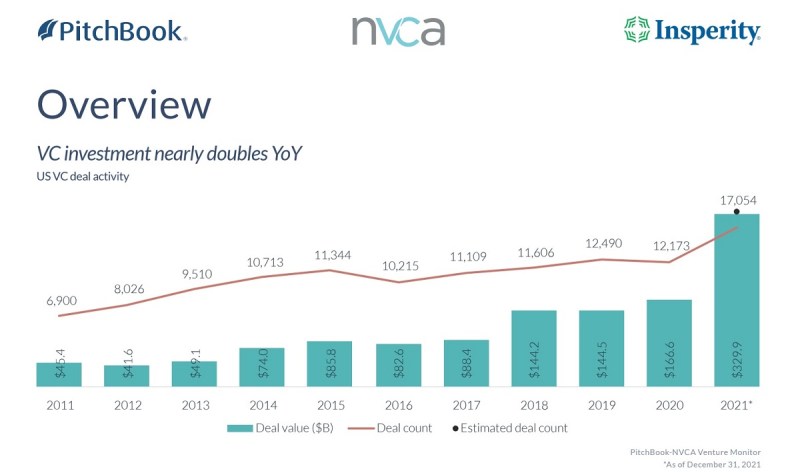 VC deal activity reached $88.2 billion invested across 4,591 deals in the fourth quarter, bringing year-to-date totals to $329.9 billion across an estimated 17,054 deals and nearly doubling the previous annual record set in 2020.

Mega-deal activity rose sharply in 2021, with $190.8 billion raised. Growth outpaced the broader market and nearly equaled the roughly $200 billion of capital invested in mega deals over the previous three years.

A record number of startups received first financings in 2021, collectively raising $23.8 billion and exceeding 4,000 investments for the first time. 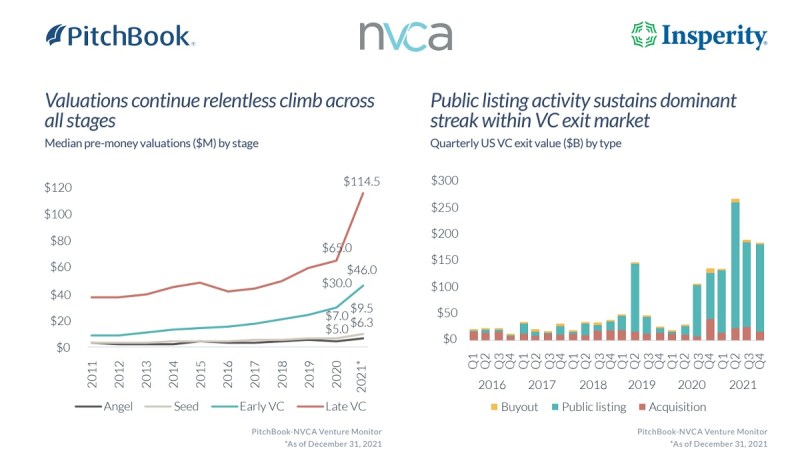 IPOs accounted for 88% of total VC exit value at $681.5 billion. Rivian, Aurora and Gitlab led the way in Q4 in terms of highest-valued public listings, but the story is also about the breadth of exit activity with 296 VC-backed public listings representing a 114.5% increase year over year. 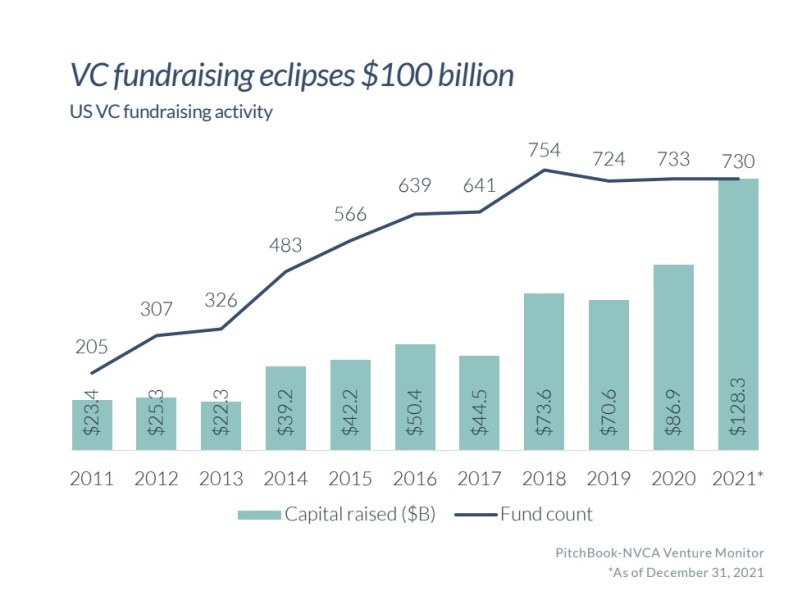 “2021 was a milestone year for the Venture Capital industry across almost every metric, and reflects the immense innovation that continues in the private technology sector despite immense global political and economic volatility,” said Byron Deeter, partner at Bessemer Venture Partners, in a statement. 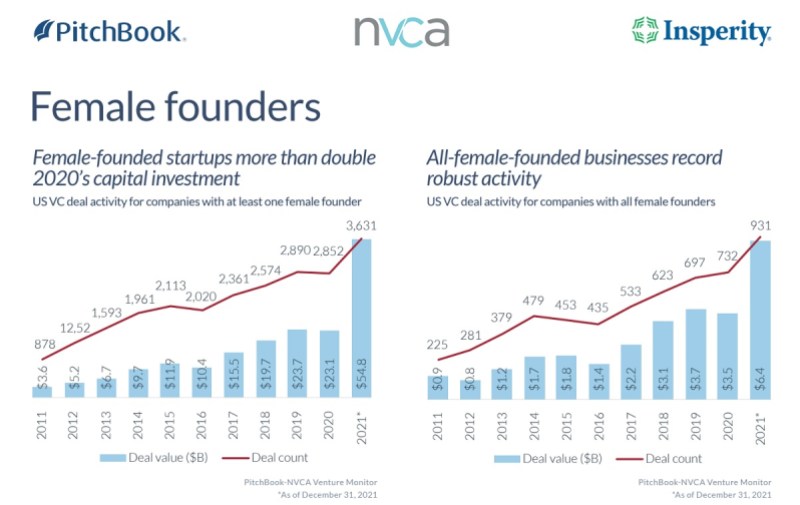 Above: Women founders have grown substantially in recent years.

The growth in valuable startups with at least one woman founder has soared in recent years, as those women are part of 3,631 companies that received venture investment worth $54.8 billion in 2021. Meanwhile, there were 931 deals with all-female founders that received $6.4 billion in investment.