Shiro Games disclosed some more features about the game, which plays in real time but has a pace that is slower than the typical RTS. You can also pause and fast forward the game, which will be coming out on Steam in 2022, first in Early Access.

In the title, you can explore, control territory, grow the economy, engage in combat, spy on your enemies, and engage in politics. Funcom is the publisher, and this game is separate from one it is working on at Nukklear.

You’ll be able to do base building, constructing buildings in your base of operation (Arrakeen for the Atreides, for example). You can add structures to the base itself, using an interface. You don’t manually place buildings on the ground as the game is at a much larger scale than your typical RTS. 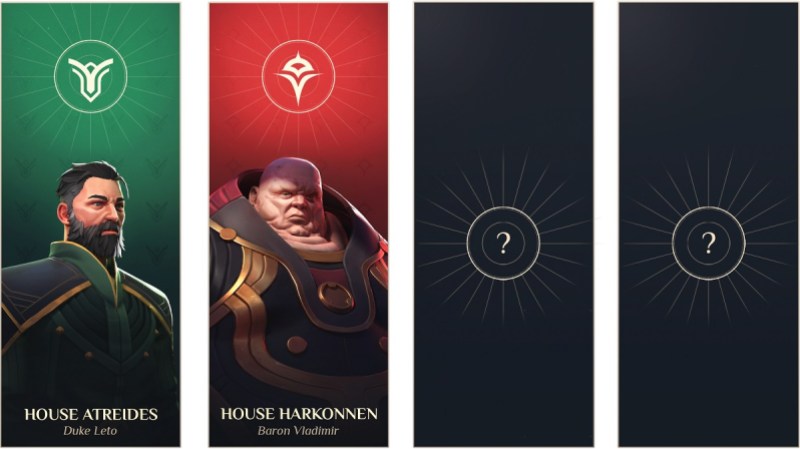 The title is similar to Shiro Games’ earlier Northgard, as both are RTS titles with a slower pace. Beyond that, Dune Spice wars has a bigger scale, with more depth in politics, trading, covert operations, and a deeper resource management system. The game length is also two to three times longer than Northgard (although this could still change).

Shiro Games is making the title from the ground up. You’ll be able to play House Harkonnen and House Atreides as playable factions, and there will be two more factions at launch and fifth during Early Access. House Ordos will not be among them, as it was mentioned in the Dune Encyclopedia and it appeared in the video game Dune 2. But it was never in Herbert’s works. After Early Access, the team will consider other options for Houses.

The devs have played Dune and Dune 2, but they say they are focused on making their own game from the ground up. The maps will be procedurally generated, with different options for size, wind strength, sandworm activity, and many others. Deep deserts are used as a kind of blocking feature (like seas in other games), at least until you develop technologies to survive longer in the desert, or build a network, or airfields. Maps will also feature unique places that readers of the book will recognize.

The House Atreides color was blue in previous games, but it is green in this one because it is staying true to the books. Many things in Dune have been represented differently in shows, movies, comics or games over the years. The Atreides banner and uniforms are described as green and black in the books so that’s what the devs went for in the game.

The company said it chose to release in Early Access because it had good experiences with feedback and balancing. The team wants the opportunity to tweak or change systems and add content depending on what the community feels.

The team said the art style is cartoonish and bold in part because creating a game on a desert planet has quite a few challenges, one of which is making sure what you look at for a few hours is not bland even if it’s just rock and sand. 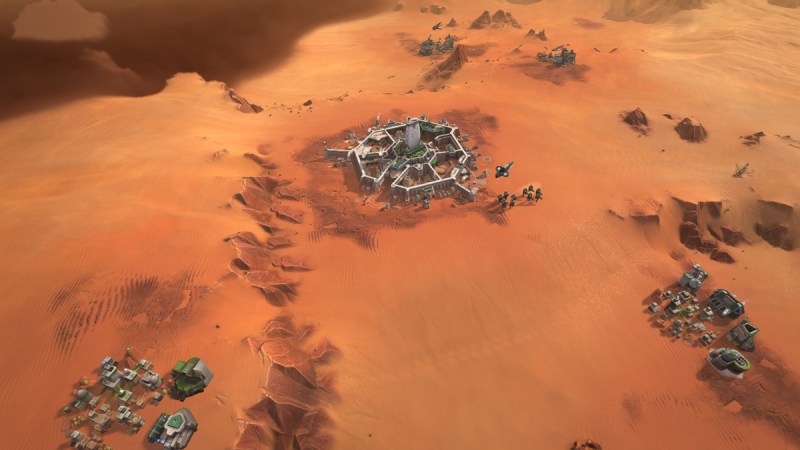 Above: Dune Spice Wars is an RTS with 4X elements.

The team spent time working on the environment and even worked with a geologist specialized in deserts to create things that could exist on such a planet. The stylized art direction comes into play by adding things that bring a variety of colors and shapes so that the environment can stay harsh while not getting boring.

Language support includes English, German, French, Spanish, Polish, Portuguese and Russian. The team will do multiplayer, but it is working on core gameplay initially. The campaign will not be present in the initial launch build but is planned to come to the game at some point during the Early Access period.

There are no firm plans to supports at this time, but should the devs see enough demand for mod support, they would consider adding it. There are no downloadable content (DLC) plans at this time. The target platform is the PC.