This article is part of the VB Special Issue — The metaverse: How close are we?

A fully realized metaverse is, maybe first and foremost, a digital representation of the physical world, with all of the real world’s essential trappings, like socializing, commerce, and, yes, spaceship battles. And blockchain games are looking like they can step up to the challenge in making the vision of the metaverse a reality.

For one, blockchain functionality means these games have got true ownership at their heart. Along with that comes a play-to-earn model that’s powered in part by NFTs, which, for good or for ill, are shaking out as a viable way to establish and verify ownership in a way that bridges the virtual and real worlds.

Games like Star Atlas are aiming to add the other elements required to build a real, live metaverse: an immersive VR environment, the interconnectivity of social media, and a persistent online world.

Star Atlas’ CEO Michael Wagner calls the property a next-gen gaming metaverse, offering both traditional core game and blockchain mechanics. Triple-a quality, the game is centered around space exploration, territory control, and political domination. Players still have to work in this metaverse if they want to participate, so before them lay a series of career paths, activities, and industry they can tackle, with the hope of reaping big rewards and maybe bigger starships.

It’s also the spiritual successor to Eve Online, the space-based, MMORPG that launched nearly two decades ago. The famously difficult, often toxic, frequently tedious game wasn’t the first to introduce the idea of an online virtual world, but it pioneered the idea of a single shared virtual world that any player could impact (usually violently) with their actions. It also introduced the idea of object permanence, which breaks hearts but makes a game feel undeniably real. Players can spend massive amounts of in-game currency to build enormous spaceships to explore in – or more often go to war in. But when a ship hit zero hit points, it’s gone forever. 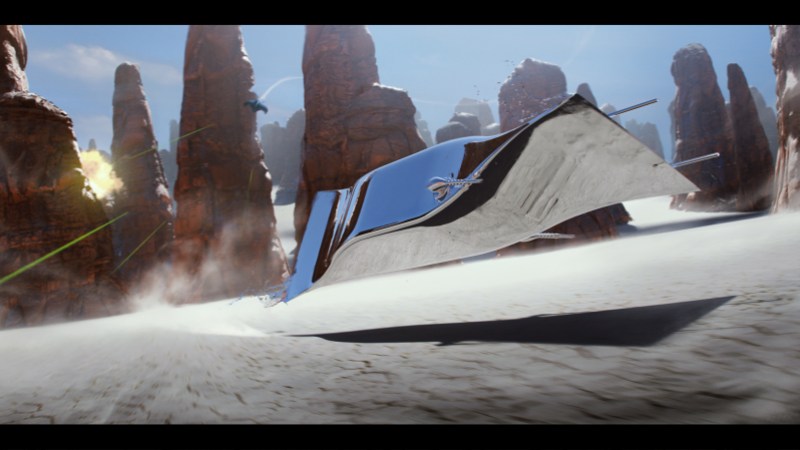 The makers of Star Atlas, while carrying on the storied history of MMORPGs, are looking toward the future of gaming, Wagner says. The metaverse they’re imagining is one that opens up opportunities for people all over the world to become virtual entrepreneurs in any number of ways, including content creation and experiences to sell to friends and enemies alike.

“We’re building this out as both a gaming platform and a metaverse,” he explains. “The metaverse component of it is the true platform, with gaming being an application that lives on top of or within the metaverse itself.”

How Star Atlas fits into the metaverse timeline

Wagner describes Star Atlas’s three unique value propositions thusly: 1) an extraordinary gameplay experience, 2) the play-to-win and –to-earn possibilities, and 3) the opportunity for future creators to contribute to the ultimate vision of the metaverse. By building on blockchain with Solana as its core protocol, they’re hoping to develop a robust and sustainable open economy that anybody with a wallet can participate in.

“We want to provide opportunities for people to build content around Star Atlas that isn’t directed solely from us, but rather opening up the sandbox and the tool set,” he says. “We want to enable individuals to create experiences that attract the users from our world into theirs, and at one point become essentially synonymous as a unified, singular universe where all of these different planets and experiences can exist.”

Earnings through the game, facilitated through the distribution of one of two native digital tokens, could transcend the Star Atlas universe, or games entirely, and get used across the entire crypto ecosystem, converted into domestic currency, or enable users to participate in various decentralized finance primitives such as liquidity pools or automated market-making.

“The idea is that players can not only generate wealth through earned income, but then they can compound that through exposure to all of these new tools and tech options that are available because of decentralized finance,” he says. 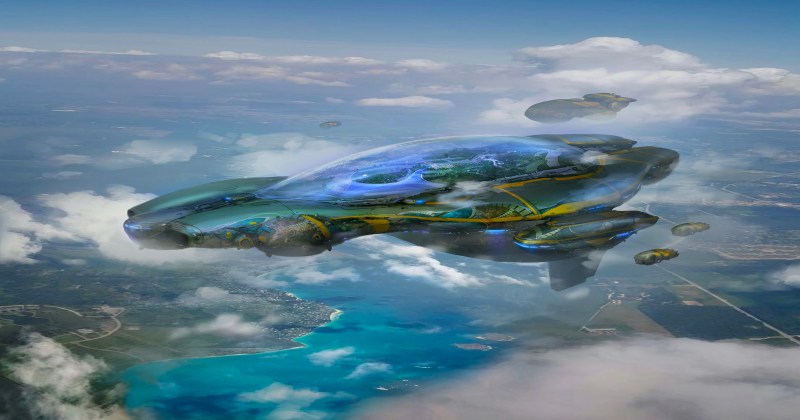 Star Atlas’s vision of an open metaverse not only includes monetization, commercialization, and socialization but also, ultimately, full decentralization, wherein the developers are kicked off the throne, losing sole possession of the Star Atlas universe, allowing the players to run free and unfettered, deciding who lives and who dies.

“We’re legitimately creating a product that we believe will be a public utility that anybody can participate in, with or without our permission,”  Wagner says.

That will happen with the game’s decentralized autonomous organization (DAO) and their own POLIS token. It’s literally pay-to-play: Through ownership and staking of the token, users buy themselves some rights and governance across the platform, which includes the ability to direct the creative team on feature design and development as well as make modifications to things like the economy itself and decisions around community governance.

“This is, I think, is extremely transformative, since it’s so different from the way that most businesses operate — most businesses create IP and then want to retain that IP,” Wagner says. “We just have a unique model through which we’re able to retain value through our own ownership of that Polis token.”

A look at the Star Atlas economy 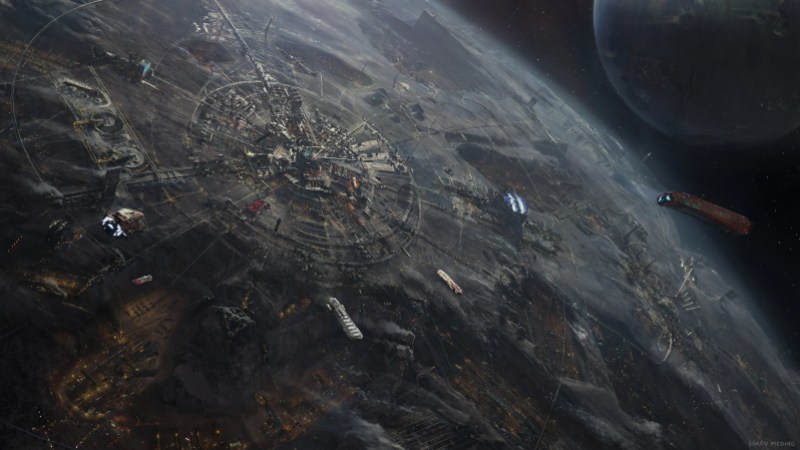 “First and foremost, I think of the economy as the bedrock for everything we’re doing,” Wagner says. “It’s the foundation for the platform itself.”

Star Atlas uses ATLAS and POLIS as its blockchain based in-game currencies, but also offers decentralized NFT asset ownership, with an NFT marketplace for peer-to-peer sales of assets. Built on the Solana blockchain protocol with decentralized finance (DeFi) directly integrated into game interface via Serum, it also offers a decentralized digital currency exchange and automated market making (AMM) in-game, with an on-chain governance model that’s intended to give players complete independence and the ability to decide who lives and who dies, if they’ve got enough currency.

To create balance around not only gameplay mechanics, but the game’s economy, the company has appointed a chief economist who is blessed with comprehensive knowledge about the way the global economy functions. Beneath this role are a head of game economy and a head of token economy, who specifically manage the crypto elements, as well as a head of monetization, who creates the unique revenue streams for themselves as an entity.

Virtually every activity inside the game can be considered an independent business. Space explorers create maps of territories they can sell to other players, data runners sell information, and miners and farmers create a supply chain of the materials required to craft new NFTs. Each of these jobs creates revenue streams, whether that’s in ATLAS, in components or structures, the ability to mint NFTs, or payments from other players.

But each also has a cost center. A ship needs to be refueled and a repaired, a crew member’s got to eat.  Even the metaverse can’t escape the second law of thermodynamics, so mining equipment degrades over time and needs to be replaced, and so on.

“What’s novel about us is that we’ve isolated those cost centers not as revenue to us as a studio, but rather revenue that will flow directly into the Star Atlas DAO,” Wagner says. “This is further incentive for the governance participants across the network.”

Not only are these participants earning POLIS in emissions through staking to those contracts, but they’re capturing a part of the total GDP of the economy in the metaverse. As these expenses are incurred, they flow into a separate treasury, and not only does the DAO get to decide who lives and who dies, they can decide how to use those resources too.

“We think a lot about game balance and gameplay mechanic balance, but also how to ensure that there are avenues to use proceeds that are being earned as you play the game,” he says. ” “If everyone was simply earning ATLAS and there was no further utility for it except to sell it on the market, then you enter into what’s prominently called Ponzi mechanics. For us, it’s important that it’s necessary to spend and hold and retain ATLAS to operate within the universe itself.” 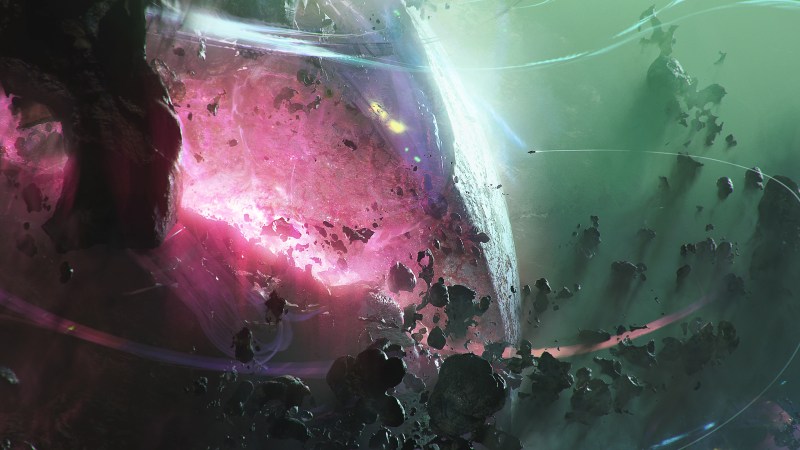 Star Atlas is in a league of its own, with a vanishingly small likelihood of any major triple-A studios able to throw their hats in the ring by building a metaverse or introducing NFTs, Wagner says.

“I don’t see that as being significant competition for us in the near term, simply because there’s a lot of complexity to understanding how cryptocurrency works, how the technology works, how to integrate that into your game,” he says. “It radically changes the revenue models and revenue streams that can be derived from the individuals and from the players. Again, we’re looking at more of this circular, robust, sustainable economy owned by the players, and not necessarily an extractive system where all the revenue flows directly to us as a company.”

But there’s also the thorny issue of regulatory uncertainty around operating in cryptocurrency, especially in the U.S., with no real legislation or policy framework in place to guide the ultimate outcome of the cryptocurrency surge. Unsurprisingly, that uncertainty will lead to a lot of apprehension from traditional game studios in incorporating many of the same elements Star Atlas is bravely promising to bring to the market.

The reception has been overwhelmingly positive, Wagner says, and their growth has been explosive. Virtually all of the inventory of assets they’ve released to the market have already been purchased. They have nearly 300,000 Twitter followers and 145,000 members in their Discord channel, and thousands of people join their Town Halls.

“We think that the metaverse is going to be completely transformative to the way the world operates,” Wagner says. “That’s across governments, across economics, across social interaction. We think we’ll create something that will not only be fun, but truly empowering. That’s what’s most important to me.”

VB Lab Insights content is created in collaboration with a company that is either paying for the post or has a business relationship with VentureBeat, and they’re always clearly marked. Content produced by our editorial team is never influenced by advertisers or sponsors in any way. For more information, contact sales@venturebeat.com.
Author
VB Staff
Topics
Business GamesBeat Uncategorized