It’s inevitable that chatbots are coming. Messaging is the most preferred customer service channel for U.S. consumers, according to Twilio; Gartner says 85 percent of all customer interactions won’t require humans by 2020; and companies in the field have raised $24 billion to date, which will accelerate innovation and the sophistication of chatbots.

Every tech platform wants a stake in this, which is why it’s so important for Facebook to seize the opportunity.

Facebook Messenger recently passed 1.2 billion users, making it the messaging app with the most users globally — count Whatsapp in and you realize the massive lead the company has over any other player. For Facebook this is a huge and potentially business-changing opportunity: gaining access to all conversations between brands and consumers. While the user number and developer community is growing, there are still several critical areas that need much improvement. 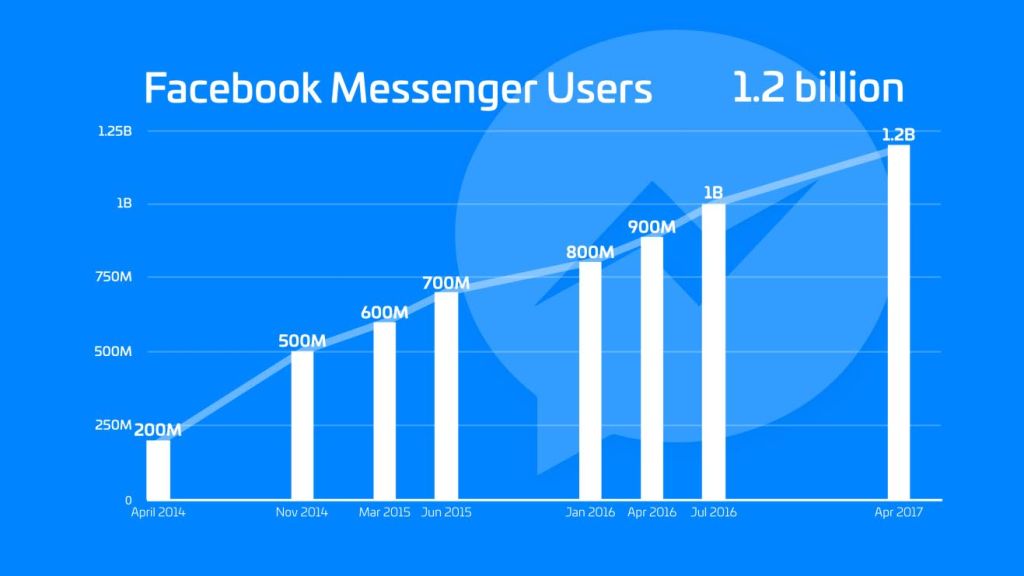 Facebook’s strategy is straightforward: Gaining access to the communication between brands and consumers — whether human or chatbot powered, or a combination of both — means gaining access to interactions that cost companies a lot of money (customer service), but also include areas that can see a lot of return (up-selling, retargeting, branding, etc.). Facebook wants to make these interactions more seamless, increase activity on its platform(s), and of course earn money.

A vivid example of this is David Marcus’ announcement at this year’s F8 conference that Facebook Messenger will roll out an extension of instant replies in the U.S. in which a chatbot fetches information from a restaurant’s homepage or Facebook page to answer FAQs from customers via Messenger. Facebook immediately has access to much more data than before and can help the restaurant advertise more effectively to potential customers and even better target people that communicated with their chatbot.

At the F8 conference Facebook also announced the Messenger Platform 2.0. Most notably, they launched a new and long-awaited discovery mechanism for chatbots, and I believe we’ll see more improvements here. Also new are chat extensions, which let you run other apps inside Messenger, and M suggestions, wherein Facebook’s smart assistant M will suggest actions inside conversations that can be executed with little work required.

In conclusion, Facebook rolled in several product features that make the experience more seamless for users — and let bot developers better understand user behavior and offer personalized experiences across the platform and on devices. Further, Facebook is continuously rolling out new ways for businesses to automate conversations with their clients through advances in natural language processing (NLP) and AI.

It was F8 2016 that made my company Job Pal double down on chatbots in the recruiting space, and we’re both happy and excited about this decision. Nevertheless, there are several features crucial to bot developers that are not offered at this stage:

There’s still no official API for chatbots on WhatsApp. With the current update on WhatsApp for Businesses, it’s clear this is coming, but it’s unclear what’s holding up its release, and whether there will be two separate APIs (Messenger and WhatsApp) or one. In many countries, adding WhatsApp is a game changer because it’s increasing coverage.

So far, bot developers only receive very basic analytics (number of users, demographics, usage, number of messages), but what we need are bot-specific metrics like sentiment, funnel analysis, success rates, and exit analysis. This will help developers make better chatbots, improving the user experience and ultimately leading to more — and more rewarding — activity on the platform.

Maybe the most frustrating issue is the difficulty of getting in touch with Facebook — ironic for a company building the world’s largest communication platform. You build prototypes, accept all shortcomings of the still-young platform, acquire customers one by one, and still have no streamlined way to report Messenger app bugs or related problems and track the progress of fixes. Facebook’s developer relations strategy is patchy at best, and the company needs to up its game in this regard if they want to see chatbots flourish on their platform.

Luc Dudler is the founder and CEO of Job Pal, a chatbot for recruiting.