The advent of cheap, ubiquitous 3D printing has given rise to so-called zero-inventory manufacturing, the practice of keeping very little inventory and instead relying on just-in-time production. MakeXYZ is a practitioner of this model — fabricating and shipping products from CAD files uploaded by its customers — as is 3D Hubs, which offers comparable services. The latter’s evidently doing something right — today it announced that it has raised the largest venture capital round in its six-year history.

3D Hubs’ $18 million series C, which was led by Endeit Capital, with participation from Hearst Ventures, EQT Ventures, Balderton Capital, and Booking.com founder Arthur Kosten, among others, brings its total capital raised to $30 million and comes after a $7 million series B in July 2016. CEO Bram de Zwart, who cofounded the Amsterdam-based company with Brian Garret in 2013, says the cash infusion will be used to advance automation of key manufacturing processes, expand the team, and open a new office in the U.S.

“3D Hubs is committed to being a radical innovator in the $13 trillion manufacturing industry — building pricing and manufacturability algorithms that are said to have the same potential as Google’s search algorithms,” Zwart said. “This latest funding round will give us the power to make manufacturing outsourcing even smarter and simpler, and we couldn’t be more excited.” 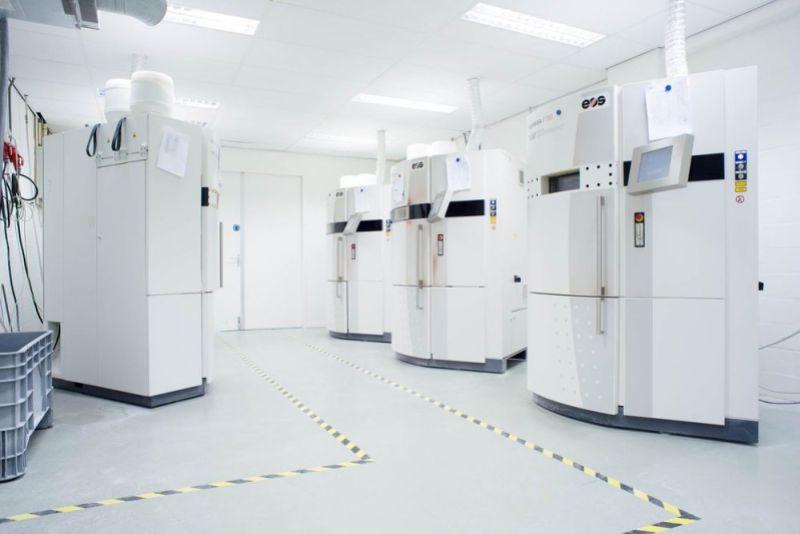 So how does it work, exactly? Customers start by uploading their digital design to a dashboard that provides “instant” feedback on manufacturability, plus suggestions about processes based on the parts included. Next, they specify their requirements and explore different materials (and corresponding ETAs and prices), all while algorithms check for structural integrity problems. Once they’re satisfied, 3D Hubs provides the finalized design to a “verified” provider that handles the machining and ships out parts to the user’s doorstep.

“Thanks to our algorithms, 93 percent of manufacturing orders are fully automated, allowing us to get parts into our customers’ hands twice as fast, on average,” Zwart says.

3D Hubs — which is available in 140 countries — says its network of 3D printing houses has produced over 2 million parts for aerospace, aviation, energy, health care, and robotics projects to date, with an average turnaround of about two days. The company has already attracted more than 20,000 businesses and 27 percent of Fortune 100 companies, it says, which helped triple its net revenue in 2018.

But the company has its sights set on professional engineering verticals beyond 3D printing, like CNC machining and injection molding. It began extending those services to customers in October, transitioning from a relatively open platform that fulfilled orders sourced from tens of thousands of hobbyist and mom-and-pop operations to a closed partner program of over 250 of high-end vendors. In explaining the pivot, Garret and Heart Ventures’ Ken Bronfin said the new business model affords greater control over standardized quality and repeatability.

“3D Hubs is dramatically changing the way companies approach product development and production,” Bronfin added. “The …. platform has become a one-stop shop that provides engineers with sophisticated design tools together with a broad range of state-of-the-art manufacturing capabilities at the push of a button. The company is well-positioned to become a very large driver in the evolution of the manufacturing supply chain.”