Thanks to Amazon’s Ring, Google’s Nest Cams, and numerous competitors, residential monitoring cameras have become commonplace over the past few years, enabling people to see who’s ringing the doorbell and walking around their homes. Today, Abode Systems is taking the next step forward with the $199 Outdoor/Indoor Smart Camera, which has the AI-assisted ability to remember and recognize different people, treating authorized users differently from unauthorized ones.

While Abode notes that the facial recognition feature is optional — activated at the user’s sole discretion and toggled on or off at any time — it’s one of the device’s most unique features. When it’s turned on, the Smart Camera can not only identify known and unknown users, but trigger smart home and security scenes specific to those users. While a known user might automatically activate a home’s indoor lights and temperature controls, an unknown user could trigger a porch spotlight or other security feature. A homeowner could also use the system to provide alerts when a named user arrives, or only provide alerts when a stranger approaches the door.

The Outdoor/Indoor Smart Camera’s other features are on the higher end of contemporary home monitoring specs, all powered by wiring rather than a battery pack. Mounted flush outdoors, the black and white plastic housing occupies roughly the same volume as a half deck of playing cards, growing thicker when placed on a white and silver pivoting indoor mount. 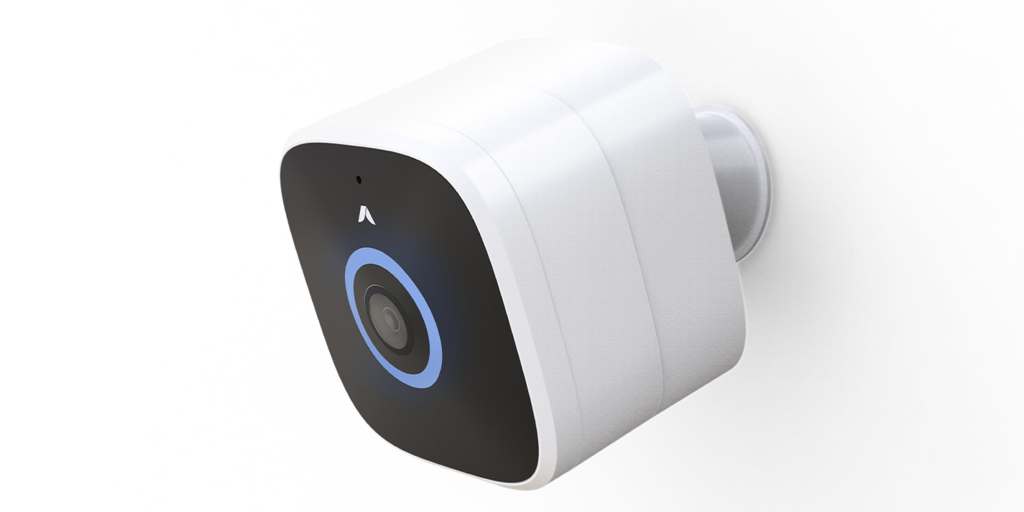 A wide-angle lens with a 152-degree field of view delivers 1920 x 1080 resolution, paired with a PIR motion sensor, an IR LED for night vision, and a microphone and speaker for two-way communication. Everything’s sealed in an IP65 dust- and largely weather-proof enclosure that’s capable of being mounted outdoors next to an existing doorbell, piggybacking on the doorbell’s power leads, or wherever there’s a standard wall outlet either outside or inside. Abode is working on a separate version with an integrated doorbell for future release.

The Outdoor/Indoor Smart Camera can be used on its own or integrated with Abode’s existing security systems; compatibility with other companies’ platforms is in the works. Abode plans to launch the Smart Camera in the first quarter of this year with its own subscription video plans, as well as Alexa Video support for streaming to Echo Show devices. It has also submitted the Smart Camera for Apple HomeKit certification, which might broaden its appeal to iPhone, iPad, and Mac users.