The AI Weekly usually dives deep into a single subject, but with Microsoft and Google hosting their annual developer conferences, this is no ordinary week.

Each conference — here’s everything from Microsoft’s Build and everything from Google’s I/O — resulted in dozens of headlines, making it tough to interpret what really matters. Well, here’s a handful of important developments to follow from both events at the heart of the AI world.

Two new AI services worth following
Also announced this week: The ML Kit SDK for fast application of AI for Android and iOS developers is now available, and edge deployment of Microsoft Cognitive Services is coming later this year.

Duplex is bananas
Duplex is without question the most talked about news from both Build and I/O. The conversational AI allows Google Assistant to make phone calls to schedule appointments or make reservations in a human-sounding voice. It’s been called unethical and presented in a way that reflects Google’s corporate DNA. I call it the beginning of AI carrying out real-world tasks for customers and businesses.

It’s still just an experiment, but Duplex is about getting people and businesses used to the idea of a bot carrying out activity in the world on your behalf.

Alexa and Cortana and the idea of a multi-assistant world
If Duplex was Google’s big digital assistant moment, a demo of Alexa-Cortana together for the first time was the wow moment at Build.

What happened in the demo wasn’t all that shocking, really — the same capabilities you’d expect when speaking with either assistant — but it was the first time we got to see Cortana speak through Alexa on an Amazon Echo and Alexa speak through Cortana on a Windows 10 PC.

And it was another opportunity for Amazon and Microsoft to share their view that we will live in a multi-assistant world.

The Echo is the most popular smart speaker in the United States, and is now available in more than 80 countries, while Cortana is available on hundreds of millions of personal computers running Windows 10.

There’s still no release date planned for Alexa-Cortana to be available to the public, but when it does happen, the consumer response to the partnership will have a lot to say about the future of AI assistants and conversational computing.

Google’s new AI chief talks plans for the future
Shortly after CEO Sundar Pichai left the stage, Jeff Dean, the former Google Brain lead named AI chief one month ago, shared his thoughts on the challenges and opportunities ahead for Google. Of note: He’s in favor of the development of AI with more general intelligence, and is not in favor of Google taking part in the creation of autonomous weapons.

One high-order number from this week worth remembering that Dean mentioned in his talk: TensorFlow, the open source framework for machine learning, has been downloaded more than 13 million times.

P.S. Please enjoy this video about some of the quickest ways to get into TensorFlow, the most popular open source framework for machine learning out there. 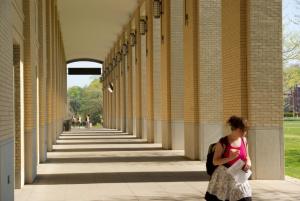 Carnegie Mellon University today announced it will offer an undergraduate degree in artificial intelligence. The college claims the degree will be the first of its kind in the United States. The first courses for the Bachelor of Science degree will be offered this fall. Based in Pittsburgh, Carnegie Mellon University is a storied institution in […] 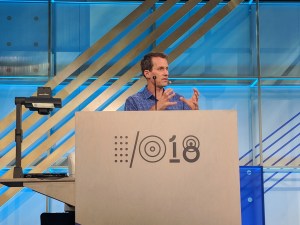 Google’s AI chief on AutoML, autonomous weapons, and the future

Roughly one month ago, news broke that Apple had poached Google AI chief John Giannandrea, and he was quickly replaced by Jeff Dean, leader of the Google Brain research division. The longtime Googler took over as AI chief at a time when AI continues to spread to all Google products and services and the company is making […] 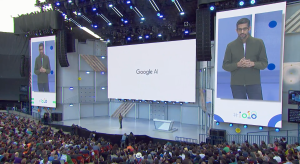 At Google’s I/O developer conference this week there was a lot of news to unpack, but the story that seems to have captured people’s imagination — or fueled their nightmares — is Duplex, the AI that enables Google Assistant to make phone calls for you. In the demo, Google Assistant goes back and forth in […] 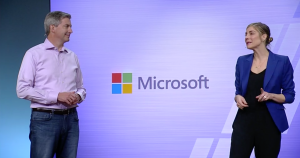 Microsoft shows Cortana and Alexa working together in Build demo

The world saw Alexa and Cortana work together for the first time today in a demo at Microsoft’s Build conference being held May 7-9 in Seattle. The partnership will make the assistants available on each other’s devices. The demo shown today was limited to things like hailing an Uber ride with Alexa on a Windows […] 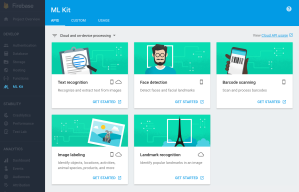 Google today announced the debut in beta of ML Kit, a software development kit optimized for deploying AI for mobile apps on app development platform Firebase. ML Kit, available for both Android and iOS developers, can call on APIs both on-device and in the cloud. AI in mobile apps can do a range of things, […] 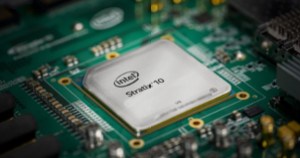 Microsoft today announced that Project Brainwave, its system for running AI models with specialized chips, is now available in preview on Azure. Brainwave allows developers to deploy machine learning models onto programmable silicon and achieve high performance beyond what they’d be able to get from a CPU or GPU. Microsoft claims Project Brainwave makes Azure the fastest […]

Artificial Intelligence (AI) is the mantra of the current era. The phrase is intoned by technologists, academicians, journalists and venture capitalists alike. As with many phrases that cross over from technical academic fields into general circulation, there is significant misunderstanding accompanying the use of the phrase. (via Medium)

Intelligent machines will teach us — Not replace us

A new application of artificial intelligence could help researchers solve medical mysteries ranging from cancer to Alzheimer’s. (via NPR)

Artificial intelligence drew much inspiration from the human brain but went off in its own direction. Now, AI has come full circle and is helping neuroscientists better understand how our own brains work. (via Stanford University)