This week in Las Vegas, Amazon rolled out dozens of new features, upgrades, and new products at AWS re:Invent. Here’s a quick roundup of news out of the annual conference that may matter to members of the AI community.

A disproportionate amount of money is spent on inference versus training when it comes to AI models, AWS CEO Andy Jassy said, and GPUs can be terribly inefficient.

To address these issues, Amazon custom-designed a chip named Inferentia due out next year and created Elastic Inference, a service that identifies parts of a neural network that can benefit from acceleration.

To speed up training of AI models, Amazon introduced AWS-Optimized TensorFlow, which can train a model with the ResNet-50 benchmark in 14 minutes.

Also announced to rev up AI: P3dn GPU instances. With eight Nvidia V100 GPUs and 100 GBPS networking throughput, the instances are the most powerful cloud processing for ML available today, according to Amazon.

Also this week: Amazon launched AWS Lake Formation to help businesses create data lakes in a matter of days instead of weeks. Data lakes are a way to store data in a single storage repository; breaking down data silos can help data scientists and engineers discover insights across an organization.

Other data services introduced that may be of importance to people in the AI community include Ground Station, for transmitting data to and from satellites, as well as AWS Control Tower and AWS Security Hub for data management.

All these services and ways to make and enhance AI models don’t do a hell of a lot of good if you don’t know what you’re doing, so this week Amazon made available the training it provides for its own employees.

In total, there are 30 courses available, and videos are sorted for roles like business decision maker, developer, or data scientist.

A marketplace is now open for developers to buy and sell machine learning models. This follows such marketplaces being made by companies like Algorithmia and Nuance, as well as resources like the AI Hub from Google, which is coming soon.

“This is a huge changer not just for consumers of machine learning algorithms, but also for the sellers who want to get more money or usage out of what they’re doing,” CEO Andy Jassy said onstage during the conference.

The AWS Marketplace for ML and AI models was made available for the first time this week and launched with 150 models.

Models are trained in SageMaker RL, a virtual environment from AWS that also made its debut this week.

Other SageMaker debuts this week include SageMaker Ground Truth for the automation of data labeling and SageMaker Neo for deploying AI in the cloud or on the edge. Amazon says Neo makes it possible to run models twice as quickly with a reduced memory footprint.

To start out the week, Amazon introduced RoboMaker, a service that helps developers build and deploy robotics applications. Sample applications and simulations are also available from the new service. RoboMaker works on top of Robot Operating System (ROS). The premiere of RoboMaker follows Microsoft’s robotics integration with Windows 10 in September.

So that’s it for re:Invent. Be sure to follow VentureBeat next week as the AI community convenes at the NeurIPS conference in Montreal. If you’re heading that way, read Kyle Wiggers’ roundup of what’s ahead at the conference.

P.S. Please enjoy this short film about the perils of ambient computing and L1ZY, an AI-powered speaker that terrorizes a family. 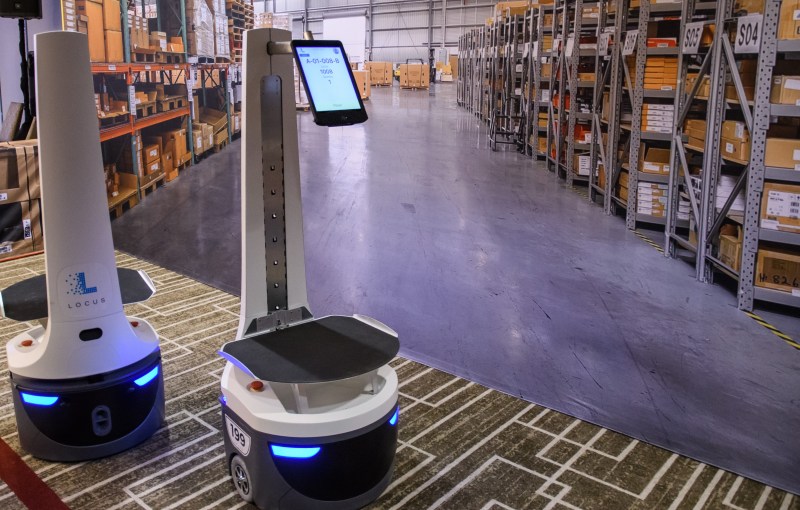 Contract logistics provider DHL Supply Chain will spend $300 million in 2019 to quadruple the amount of tech in its warehouses like robots and IoT sensors.

Qualcomm Ventures plans to invest up to $100 million in companies creating novel AI solutions across a range of verticals. 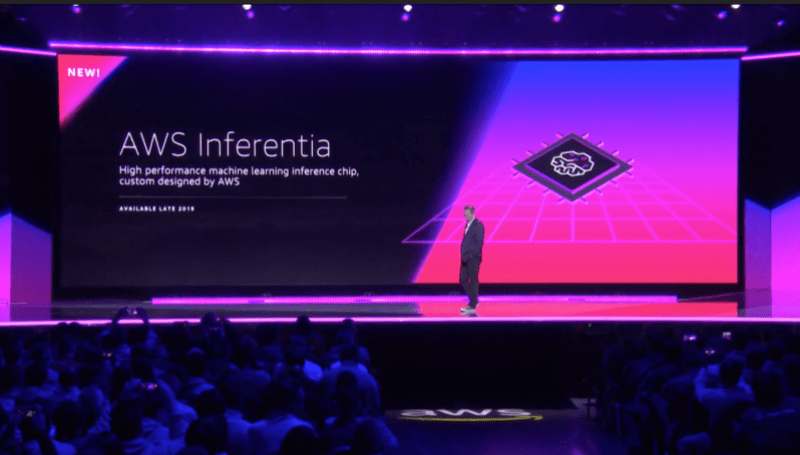 Inferentia is a chip designed by AWS due out next year. The chip will work with Elastic Inferences, another service made to speed the deployment of AI.

Volvo and Luminar gave a glimpse into the future of autonomous cars at the Automobility LA trade show today, as the duo demoed advanced lidar technology. 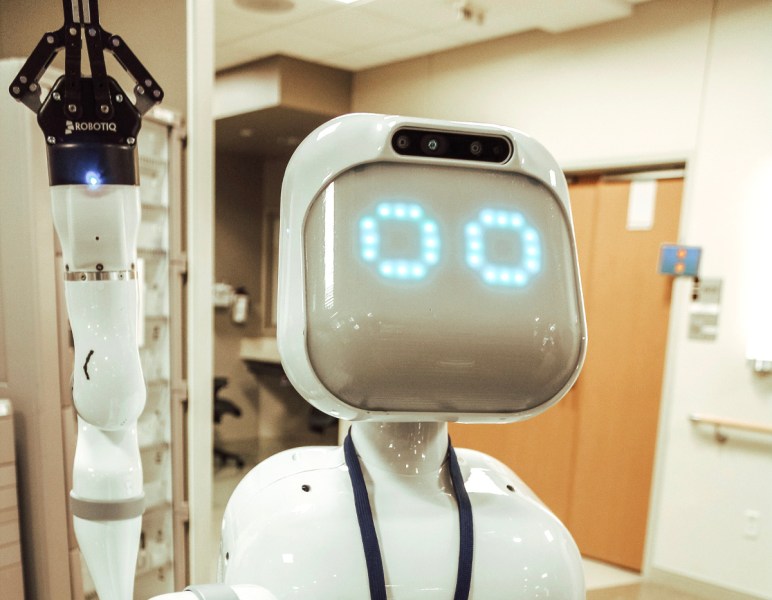 What Moxi the robot is learning from nurses in Texas 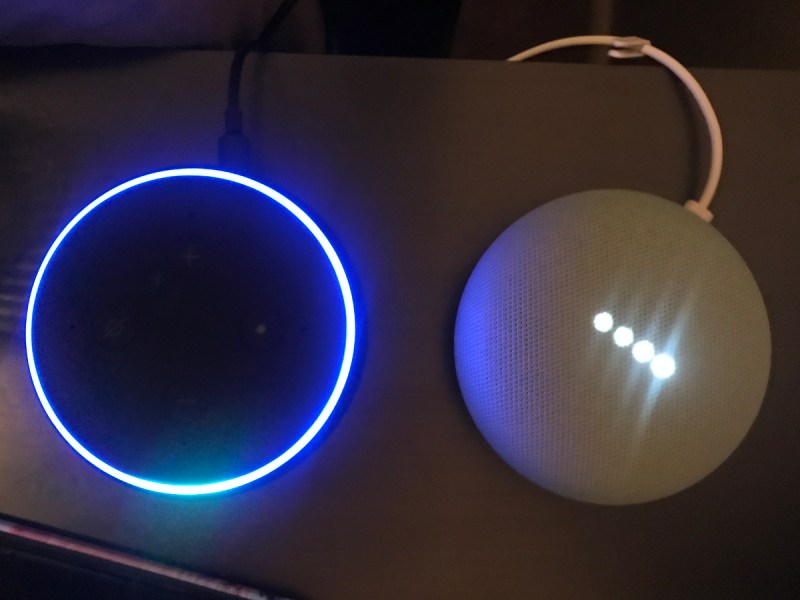 Amazon Echo or Google Home: Which smart speaker is right for you?

Many of the places where Google Assistant and Alexa meet come to a draw. Consider these features when deciding between Google Home and Amazon Echo.

Why AI needs to reflect society

While artificial intelligence (AI) has the potential to solve an incredible spectrum of problems and challenges in our lives, our work and our world, there is a widening disconnect between the people who are introducing and deploying AI-based solutions and those who set policies for when and how these solutions are used. (via Forbes)

A pair of AI experts have been trading shots on Twitter in a friendly (yet entertainingly competitive) debate concerning the path to artificial general intelligence (AGI) for the past week or so. (via The Next Web)

Facebook AI Research (FAIR) and NYU School of Medicine’s Center for Advanced Imaging Innovation and Research (CAI²R) are sharing new open source tools and data as part of fastMRI, a joint research project to spur development of AI systems to speed MRI scans by up to 10x. (via Facebook)

Some of the most critical work in advancing China’s technology goals takes place in a former cement factory in the middle of the country’s heartland, far from the aspiring Silicon Valleys of Beijing and Shenzhen. (via New York Times)