Earlier this week Google and Verily Life Sciences shared the latest advance in computer vision to identify signs of heart disease. With an accuracy of 70 percent, early results from the AI trained on retinal scan images from more than 200,000 patients is as precise as methods that require blood tests for cholesterol, said Google Brain product manager Lily Peng.

It’s the latest example of AI being used to tackle the biggest killer in the world: heart disease. It takes more lives than any other cause of death — 800,000 in the United States alone, according to the American Heart Association. To save lives, an AI army is joining the fight.

Corti uses pattern recognition in language to identify heart attack calls to emergency services. In trials being run in Copenhagen now, the AI is able to identify a call in which the victim is having a heart attack 95 percent of the time, or more than 20 percent more often than trained human emergency operators.

Working with General Electric Healthcare, Arterys uses the cloud and MRI scans to create multidimensional images of blood flow through the heart in 15 minutes. There’s also HeartFlow, which makes detailed images with CT scans, an approach that can reduce the need for angiograms and lower healthcare costs.

All of these solutions are designed to improve detection or save time, increasing the likelihood of survival from cardiovascular disease or a heart attack.

Taken together, AI applied to matters of the heart is shaping up to be one of the clearest cut examples of AI being used to improve the lives of human beings. That’s not just terribly poetic irony, it also represents an instance of AI in which machines seem to routinely outperform humans.

The advancement of AI to solve problems of the heart also reflects the duality of this technology.

As recent deepfakes drama and a report from a number of experts from earlier this week makes clear, malicious applications of AI can threaten human values of equality, freedom, and even our collective sense of reality.

One of the recommendations of the report from EFF, OpenAI, and other reputable organizations is that people recognize the good and bad ways AI can be used. For professionals in the field, the report argues, this is important for creating common standards, finding ways to evaluate potential malicious applications of AI, and educating policymakers. Acknowledgement of this duality is good advice for the rest of the world too in order to ensure you’re getting a more complete picture of how AI is changing lives.

So next time you hear someone reference our inevitable slip into dystopia where we will bow to our robot overlords, talk to them about the heart. As challenging as it is to do so in a world full of filter bubbles, you have to acknowledge these perpendicular trends. To truly grasp their impact, they deserve to be considered alongside one another.

P.S. Enjoy this conversation about issues facing AI as a field featuring astrophysicist Neil deGrasse Tyson talking about how his view of AI has changed over time. 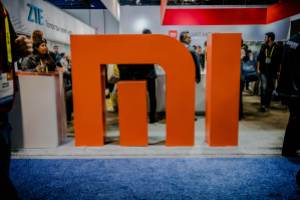 Xiaomi and Microsoft team up on AI, cloud computing, and PCs

Xiaomi and Microsoft announced today that they’re deepening a previously established partnership to encompass work on cloud computing, artificial intelligence, and PC hardware. Thus far, the two companies have signed a memorandum of understanding, pledging to evaluate future avenues of collaboration. It’s good news for Microsoft, since Xiaomi is a fast-growing company with a strong […]

Google launches ARCore out of preview, will expand Lens to Android and iOS devices

Ahead of Mobile World Congress 2018 in Barcelona, Google today launched ARCore 1.0, letting developers create AR experiences on Android. Releasing ARCore out of preview means developers can publish apps that can understand your environment, and place objects in it, on the Google Play store. Google today also announced plans to expand its Google Lens […] 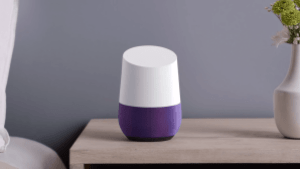 Google Assistant will soon be able to complete multiple tasks with a single command, speak more than 30 languages, and allow people to use more than one language with their AI assistant. The news comes days before Mobile World Congress, which begins Monday in Barcelona, Spain. “The Assistant is already available in eight languages, and by […] 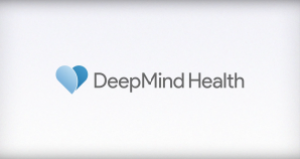 Google subsidiary DeepMind announced today that it’s working with the U.S. Department of Veterans Affairs to use machine learning in an attempt to predict when patients will deteriorate during a hospital stay. Deterioration (when a patient’s condition worsens) is a significant issue, since care providers can miss warning signs for potentially lethal conditions that arise […] 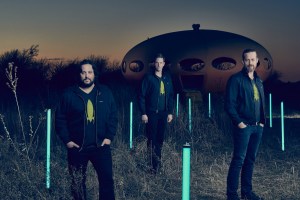 Hypergiant is launching out of stealth today to help large companies develop an AI strategy to meet their business goals. The startup is also launching Hypergiant Ventures, an AI investment fund, and Hypergiant Applied Sciences, a product incubation studio. Hypergiant raised a seed round of an undisclosed amount last August and currently has 24 employees, with […] 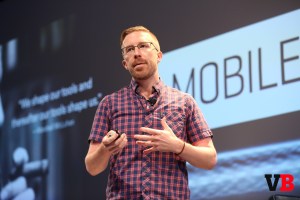 Chris Messina: Alexa leads the ‘god bot’ wars because Amazon gets the most interest from developers

A little over two years ago, before Facebook Messenger or iMessage opened to third-party bots, and before the arrival of Google Assistant, conversational AI champion Chris Messina helped coin the term “conversational commerce.” Messina, who is perhaps best known as the creator of the hashtag, has since 2015 examined trends like chat apps surpassing social […]

Why AI researchers at Google got desks next to the boss

If you want to understand the priorities of a technology company, first look at the seating chart. At Google’s Silicon Valley headquarters, the chief executive, Sundar Pichai, now shares a floor with Google Brain, a research lab dedicated to artificial intelligence.

I took an Uber to an artificial-­intelligence conference at MIT one recent morning, and the driver asked me how long it would take for autonomous vehicles to take away his job. I told him it would happen in about 15 to 20 years. He breathed a sigh of relief. “Well, I’ll be retired by then,” he said.

A Silicon Valley start-up recently unveiled a drone that can set a course entirely on its own. A handy smartphone app allows the user to tell the airborne drone to follow someone. Once the drone starts tracking, its subject will find it remarkably hard to shake. The drone is meant to be a fun gadget — sort of a flying selfie stick. But it is not unreasonable to find this automated bloodhound a little unnerving.