News emerged last week that Pixel 3 smartphones may come with a charging dock that will reportedly include a way to interact with Google Assistant. No details have been provided, but it wouldn’t be surprising if the dock utilizes the assistant’s new visual snapshot feature to do things like tell you about events on your calendar or act in ways similar to the recently released Lenovo Smart Display.

The potential stand for Google’s flagship phone follows the debut last month of Show Mode for Fire 10 tablets, a setting that gives users an experience akin to Alexa in an Echo Show.

The two developments highlight one essential fact: Google and Amazon do not care much where you speak with their respective assistant.

As long as you’re on team Alexa, Amazon doesn’t really mind that Show Mode appears to cannibalize the Echo Show.

Of course, once you’re locked into Google Assistant, you may be more likely to choose YouTube TV over Prime Video, Google Pay over Amazon Pay, and most importantly, Google Express over Amazon’s massive online marketplace.

The news is also indicative of a gradual shift toward more visual experiences with AI assistants, which makes sense for a number of reasons.

For one thing, televisions rank first among smart home devices controlled by AI assistants. That’s probably why Amazon has been busy selling Alexa as a modern TV remote and assistants have been jockeying for space in your living room.

Morgan Stanley analyst Brian Nowak suggested last month that Google give everyone in the U.S. a Home speaker.

Nowak suggests that Google give away Home speakers to protect its core search business, because even though Google’s speakers are making ground, if current trends continue and the majority of U.S. households get a smart speaker, Amazon will capture a chunk of Google’s search business. He predicts the giveaway would pay for itself multiple times over in retail search results in coming years.

Interestingly, if Echo speakers were given away, Amazon would also still make money. According to analysis by CIRP, households with Echo speakers spend $400 more a year in the Amazon marketplace.

Nowak also believes the fight to control visual screens like the television will accelerate voice shopping and begin to shift consumer behavior so that it’s normal to do a voice shopping search when you’re sitting on the couch watching TV.

Only about 20 percent of users have tried voice shopping with an AI assistant today, but that’s going to change, with voice shopping expected to be a $40 billion industry by 2022.

Despite this influence, voice shopping still tends to favor items that are regularly replenished around the house, such as toilet paper or dishwasher soap.

So for all its intelligence — the ability to control devices in your home, answer questions, and tell jokes —  the Echo is in some ways just a giant Dash button, there to collect data and make Amazon money.

News of Show Mode for Fire tablets and the gradual, continuing shift toward AI assistants in more visual surfaces may not have made a lot waves, but the trend is important in ways that go far beyond the number of smart speakers sold. 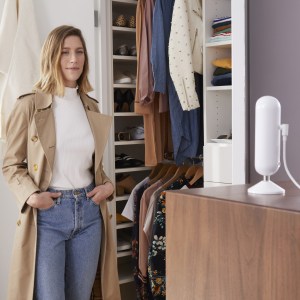 We take a look at how Amazon’s Alexa does as a fashion assistant, why it can be a lot of fun to use the Echo Look, why it took Amazon a year to make the device generally available on the market, and why its fashion assistant’s AI is inherently biased.

ANALYSIS: Virtual assistants are all the rage in the technology world, from Amazon’s Alexa and Apple’s Siri to Microsoft’s Cortana and Alibaba’s AliGenie. While nuances separate their individual capabilities, they all take roughly the same form: a human-like voice embedded into a smart speaker, mobile phone, automobile, or similar piece of hardware. Japanese messaging giant Line, […] 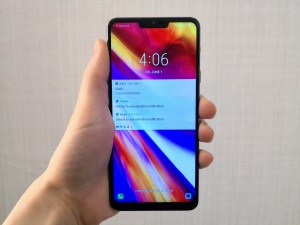 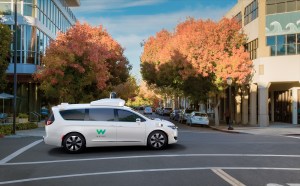 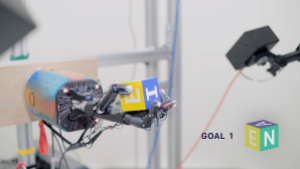 OpenAI researchers developed a system that uses a reinforcement model to direct robot hands in grasping and manipulating objects with state-of-the-art precision. All the more impressive, it was trained entirely digitally, in a computer simulation, and wasn’t provided any human demonstrations by which to learn. On the eve of a 6-month pilot, Drive.ai details its self-driving car plans

How AI is changing sales

Artificial intelligence can predict your personality by scanning your eyes

The programme draws on a huge amount of data, with information ranging from cocktail-party gossip to images taken by spy satellites, to contribute to strategies in Chinese diplomacy. Attention, foreign-policy makers. You will soon be working with, or competing against, a new type of robot with the potential to change the game of international politics forever. Diplomacy is similar to a strategic board game. A country makes a move, the other(s) respond. All want to win. (via South China Morning Post)

AI systems could help the Defense Department sift through data related to such areas as national security and health care. The U.S. Department of Defense will for the first time be using large-scale artificial intelligence systems that could automate mundane tasks and augment the work of military members as a result of an $885 million five-year contract, said Josh Sullivan, senior vice president at government consulting firm Booz Allen Hamilton. The technology will allow the Defense Department to better compete with nations including China and Russia, said Mr. Sullivan. (via Wall Street Journal)