A majority of people think that artificial intelligence will steal jobs away from human workers. They’re not wrong, but that’s not the whole story.

In a recent survey conducted by Quartz, more than 1,600 respondents in 84 countries said that half of positions would be made redundant by automation in the next five years. A separate survey conducted by Gallup in the U.S. found that 75 percent of adults believe AI will “eliminate more jobs than it creates.”

“[AI is] superhuman, and we think [it] will be in every industry [and] replace 50 percent of human jobs,” Kai-Fu Lee, founder of VC firm Sinovation Ventures, told CNBC in an interview last April. “It is the decision engine that will replace people.”

The data doesn’t bear that out, though.

This week, a study published by PricewaterhouseCoopers (PwC) suggested that by 2037 in the U.K., widespread adoption of AI could generate more jobs than it displaces. The health care market alone stands to grow by 1 million (about a fifth of its existing jobs), according to PwC, while law, accounting, and advertising firms could gain as many as half a million jobs.

PwC’s findings jibe with Gartner’s, which in December predicted AI would create a net 500,000 jobs by 2020 and 2 million by 2025. Researchers at the McKinsey Global Institute, meanwhile, concluded that while as many as 73 million jobs are at risk of being automated by 2030, new ones will be created in their wake.

That’s not to discount the concerns of workers in manufacturing, transport, and storage industries, which are forecast to be the hardest hit. As economists at MIT and Boston University noted in a March 2017 study, automation doesn’t just affect the workers it directly replaces — the economic pain reverberates, triggering further unemployment.

I recently spoke with futurist Martin Ford, author of the New York Times bestseller Rise of the Robots, about the coming AI revolution. He subscribes to the notion of a universal basic income (UBI) in the form of fixed, regular payments from nations’ governments to citizens, regardless of their employment status or wealth.

Others, like Bill Gates and Mark Zuckerberg, suggest retraining as a partial solution to the AI dilemma, and a few tech titans have already begun to lay the groundwork for such an effort. Microsoft has committed millions of dollars to Skillful, a nonprofit organization that connects people with IT and health care jobs. And Amazon offers to cover 95 percent of the cost of training warehouse employees for careers outside of the company.

Still others propose a tax or penalty on the use of AI. Last February, European Union lawmakers considered levying a tax on robot owners to cover training for workers who would lose their jobs, and those lawmakers aren’t the only ones. In September, San Francisco city supervisor Jane Kim launched a campaign to push for a “robot tax” on business owners who choose to replace humans with algorithms.

One thing’s clear: The AI transition isn’t going to be easy. In developed countries like the U.S., automation is likely to lead to greater income inequality. A report from U.K. charity Sutton Trust forecast that wealthier workers’ access to education, the rising importance of “soft skills” like communication, and a reduction in “stepping stone” jobs and internships could entrench the divide between rich and poor.

“We’ve long believed that the AI fear of ‘man vs. machine’ is hyperbole, and that ‘man alongside machine’ is the real opportunity — not a threat to today’s workforce,” Spier told VentureBeat in an email. “[There’s a] widen[ing] skills gap between traditional and machine-augmented work, but it also creates a real need for new training, new types of experts, and, ultimately, a shift from the workforce we know to a workforce open to endless possibilities, as far as new skills, productivity, and contributions by humans made hand-in-hand with machines.” 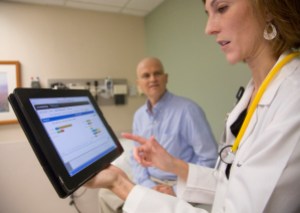 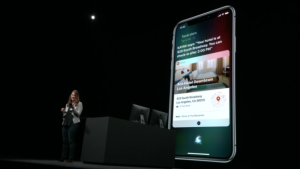 Apple’s AI and search teams are continuing to churn, as Siri cofounder Tom Gruber and search chief Vipul Ved Prakash have now left the company. As originally noticed by the Information, their departures coincide with John Giannandrea taking over as Apple’s chief of machine learning and artificial intelligence. Gruber was the last of three Siri cofounders […] 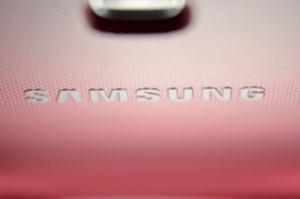 Samsung will reportedly release a smart speaker in coming weeks, foldable phone in 2019

Samsung plans to bring a foldable smartphone codenamed “Winner” to market in late 2019, according to reporting by the Wall Street Journal. Also due out soon is the first smart speaker with Bixby inside, dubbed Lex, which may be released within the next month. 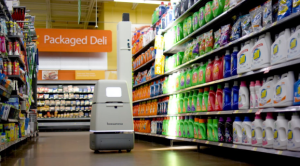 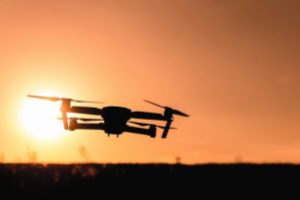 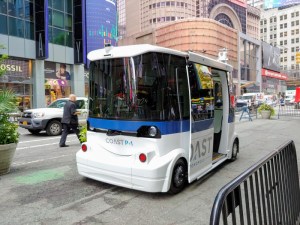 Coast Autonomous’ self-driving shuttles are boring, and that’s by design

Neural networks have garnered all the headlines, but a much more powerful approach is waiting in the wings (via MIT Technology Review)

Artificial intelligence will create as many jobs as it destroys, according to a PwC Analysis

People are now worried about vast swathes of unemployment where a few wealthy people own the robots and the rest survive on government handouts. But a new PwC forecast suggests artificial intelligence will create as many jobs as it destroys. (via Business Insider)

How Amazon Has Reorganized Around Artificial Intelligence And Machine Learning Work

The company that sets the tone for so many aspects of customer experience is breaking down internal barriers and showing how other companies can do the same. Amazon, a leader in customer experience innovation, has taken things to the next level by reorganizing the company around its AI and machine learning efforts (via Forbes)

JPMorgan Chase & Co (JPM.N) has made a strategic investment in Volley.com, a San Francisco-based startup that uses artificial intelligence to help large enterprises automatically generate training content for employees, the companies said on Tuesday (via Reuters)