Artificial intelligence will not be democratized through computers, televisions, smart speakers, or set-top boxes, but through smartphones — affordable ones. That’s the bold pronouncement Gartner made in January in a report predicting that 80 percent of smartphones will have on-device AI capabilities by 2022.

“With smartphones increasingly becoming a commodity device, vendors are looking for ways to differentiate their products,” wrote CK Lu, research director at the firm.

This week, Qualcomm unveiled the Snapdragon 670, a middle-of-the-road system-on-chip (SoC) intended for budget and mid-tier devices. Notably, it packs the chipmaker’s AI Engine, a machine learning platform previously relegated to the company‘s high-end product lineups, and follows hot on the heels of the Snapdragon 710 — a slightly higher-tiered chip with comparable AI features — and the Snapdragon 632, 439, and 429.

“By using premium technologies typically found in higher-tier processors, the platform is optimized to bring flagship features to more people,” Qualcomm said in a statement. “It’s a win for everyone — from OEMs to users — and it opens the doors for further innovation that benefits the mobile industry.”

Qualcomm isn’t the only chipmaker bringing its AI innovations to low-cost silicon. In February, MediaTek launched the Helio P60, a smartphone SoC that ships with the Taipei firm’s NeuroPilot AI software and hardware suite.

The trend is being fueled, in part, by a strong budget phone sector. It’s expected to drive double-digit smartphone market growth in the next few months, according to IDC.

And from an ecosystem perspective, it’s a virtuous cycle: As AI-capable hardware trickles down to handsets, companies like Google move the AI needle forward with software, which in turn drives innovation on the chip side of the equation.

Pie, like Android Oreo before it, will ship alongside Android (Go edition), a stripped-down distribution of Android designed for handsets with 1GB or less of RAM. Google earlier this year introduced a version of the Google Assistant — Google Assistant Go — to the platform, and while it lacks a few of the standard Assistant app’s features, it can answer questions, launch apps, and customize settings just as well as the Assistant on high-end phones like the recently announced Samsung Galaxy Note9.

It’s impressive in its own right and provides a small glimpse into the experience that future affordable, AI-capable smartphones will deliver. The early verdict? There won’t be much in the way of compromise.

“Future AI capabilities will allow smartphones to learn, plan, and solve problems for users,” Lu wrote. “This isn’t just about making the smartphone smarter, but augmenting people by reducing their cognitive load.” 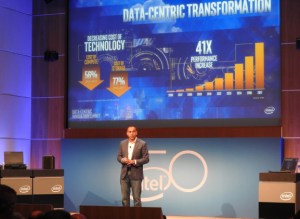 Intel has sold more than 220 million Xeon processors over the past 20 years, generating $130 billion in revenues. But the latest $1 billion — generated by sales for artificial intelligence applications — may be the most important. Navin Shenoy, executive vice president at Intel, said at an Intel event that Intel’s AI chip business […] 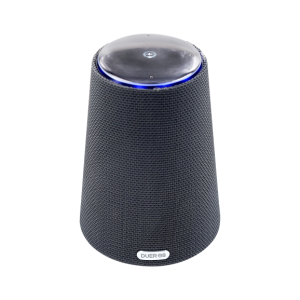 Baidu’s DuerOS is now available on more than 100 million devices, the company announced. 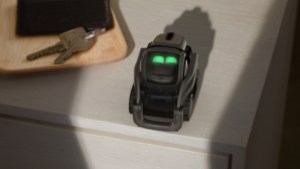 Anki’s Vector is a home robot with a personality. It can recognize voice commands, detect familiar faces, and play games — and that’s just the start. 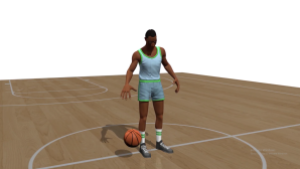 AI learns how to dribble a basketball

Researchers at Carnegie Mellon University and DeepMotion used AI to teach a digital avatar how to dribble a basketball. 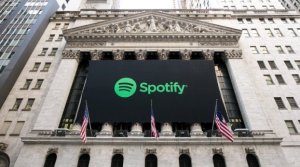 Spotify’s AI assistant should be social

OPINION: Should Spotify create its own AI assistant to take on Alexa or Apple’s personal DJ, it will need to incorporate social elements currently missing from the Spotify experience.

Everything we’re injecting artificial intelligence into—self-driving vehicles, robot doctors, the social-credit scores of more than a billion Chinese citizens and more—hinges on a debate about how to make AI do things it can’t, at present. What was once merely an academic concern now has consequence for billions of dollars’ worth of talent and infrastructure and, you know, the future of the human race.Magical thinking about machine learning won’t bring the reality of AI any closer (via WSJ)

”Any sufficiently advanced technology,” wrote the sci-fi eminence grise Arthur C Clarke, “is indistinguishable from magic.” This quotation, endlessly recycled by tech boosters, is possibly the most pernicious utterance Clarke ever made because it encourages hypnotized wonderment and disables our critical faculties. For if something is “magic” then by definition it is inexplicable. There’s no point in asking questions about it; just accept it for what it is, lie back and suspend disbelief. (via The Guardian)

The Defense Department has produced the first tools for catching deepfakes

The nightmare scenario for computer security – artificial intelligence programs that can learn how to evade even the best defenses – may already have arrived. That warning from security researchers is driven home by a team from IBM Corp, who have used the artificial intelligence technique known as machine learning to build hacking programs that could slip past top-tier defensive measures. The group will unveil details of its experiment at the Black Hat security conference in Las Vegas on Wednesday. (via Reuters)