The Massachusetts Institute of Technology announced this week that it would invest $1 billion in a new college of computer engineering: the Stephen A. Schwarzman College of Computing. It’s the single largest investment in artificial intelligence (AI) by a U.S. academic institution to date. And when the new building hosts its first classes in 2022, it’ll be the largest structural addition to MIT’s campus since the 1950s.

But MIT isn’t the only university channeling funds toward AI education.

Yet another AI-forward institution of note is Carnegie Mellon University (CMU), which partnered with Bosch’s Center for Artificial Intelligence on an $8 million research project that goes through 2023. CMU has the additional distinction of being the first university to offer an undergraduate degree in AI, and it neighbors the ARM Institute, a $250 million initiative focused on accelerating the advancement of transformative robotics technologies and education in the U.S. manufacturing industry.

This week, I participated in a tour of startups in Pittsburgh’s blossoming robotics and automation industry, the majority of which draw on CMU not just for funding, but for expertise. Since 2008, 176 companies in the Pittsburgh area were indirectly or directly founded by faculty, students, and staff, and more than 100 of them have licensed CMU-owned intellectual property through CTTEC, Carnegie Mellon’s Center for Technology Transfer and Enterprise Creation.

They’ve achieved a lot over the past few years. The 288 startups created since 2008 have raised more than $1 billion in venture capital, and the computer science graduates they employ on average make $120,000 — the highest in the country (and $15,000 higher than MIT).

There’s a palpable passion for entrepreneurship at CMU and in Pittsburgh. That much was clear from conversations with Howie Choset, professor of robotics and cofounder of medical device company Medrobotics, and William Whittaker, a research professor at CMU’s Robotics Institute and winner of DARPA’s 2007 Grand Challenge, a competition for autonomous vehicles.

“Pittsburgh [and CMU] is a magnet for talent in robotics,” Choset said. “The people here work hard and solve grounded problems — real problems. CMU’s [robotics lab] has deployed all over the world — working with the Red Cross in Mexico City to clear out buildings, doing archaeology in Egypt, conducting surgeries in Prague, performing nuclear inspections in Austria, assisting Chevron [in] pipes inspection … you name it.”

He’s not kidding about the “magnet” bit: CMU’s School of Computer Science has about 1,000 students and 300 faculty members, according to Whittaker.

“When I was looking for [a town] to settle down in, I wanted a place with a good technical base … that was a melting pot — people could come from anywhere — and a town that had built industries,” Whittaker said. “I was looking for work ethic in a town.”

Pittsburgh — and by extension, CMU — certainly has that. Area robotics and AI startups including Bossa Nova Robotics, RE2 Robotics, and Astrobotic have attracted over $325 million in investment in 2017, and automation and AI companies in the region have generated close to $850 million in exit values in just the past five years.

“It’s always been my experience that people from Pittsburgh have a can-do attitude,” said John Bares, president and CEO of Carnegie Robotics (a CMU National Robotics Engineering Center sensor and components spinout). “It’s a real spirit of collaboration.”

With any luck — and perhaps a nudge from the White House’s Office of Science and Technology Policy, which is set to release a five-year strategic plan for improving STEM education — that same spirit of collaboration will someday extend to universities around the country.

P.S. Please enjoy this video of a robotic arm demo at RE2 Robotics in Pittsburgh. 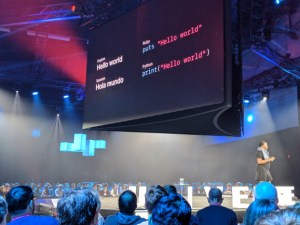 VentureBeat sat down with GitHub senior data scientist Omoju Miller to talk the use of artificial intelligence to help developers. 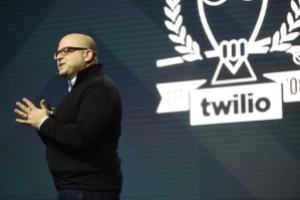 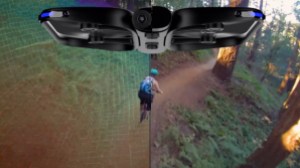 Skydio’s autonomous drone R1 now has a novel new feature to justify its $2,000 price tag: the option to use an Apple Watch as a controller. 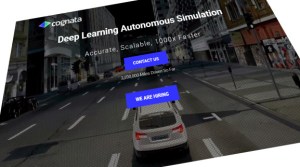 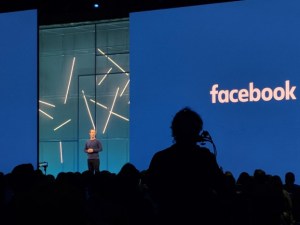 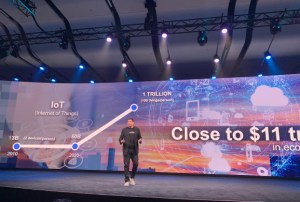 SoftBank and Arm believe 1 trillion connected devices on the internet of things will create $11 trillion in value by 2025. Bring on the Singularity!

Casting anyone other than Harrison Ford in the role of Han Solo just feels like sacrilege, but since Ford is now 76 years old, playing a younger version of himself would be all but impossible. (via Gizmodo)

The Massachusetts Institute of Technology (MIT) is investing $1 billion in a new college of computing. Slated to open September 2019, the college will focus on educating a new generation of artificial intelligence (AI) experts. (via Fortune)

Robot ‘talks’ to MPs about future of AI in the classroom

Pepper has become the first robot to appear at a UK parliamentary meeting, talking to MPs about the future of artificial intelligence in education. (via BBC)

Your next doctor’s appointment might be with an AI

A new wave of chatbots are replacing physicians and providing frontline medical advice, but are they as good as the real thing? (via MIT Technology Review)