Self-driving cars have transformative potential. They’re poised to reduce traffic fatalities, ease congestion, and even decrease carbon emissions — not to mention cutting down on the amount of city space dedicated to parking.

There’s just one problem: Most people are afraid of them.

Two studies this week — one by the Brookings Institution and another from the Advocates for Highway and Auto Safety (AHAS) — found that a majority of Americans aren’t convinced of driverless cars’ safety. More than 60 percent of respondents to the Brookings poll said that they were “not inclined” to ride in self-driving cars, and almost 70 percent of those surveyed by the AHAS expressed “concerns” about sharing the road with them.

The sentiments echo those expressed in a poll conducted earlier this year by think tank HNTB, which found that 59 percent of people expect self-driving cars to be “no safer” than cars controlled by human drivers.

That’s despite the fact that more than 94 percent of car crashes are caused by human error and that in 2016 the top three causes of traffic fatalities were distracted driving, drunk driving, and speeding.

So why the trepidation about autonomous cars? It partly stems from people’s unfamiliarity with them, Austin Russell, CEO of lidar provider Luminar, told me in a phone interview.

“When the rubber hits the road, consumers will feel more comfortable if they’re shown [self-driving vehicles] are safer than they themselves as drivers,” he said.

Then there’s the matter of unrealistic expectations.

“It’s asking for too much to have zero accidents,” said Sanjoy Baruah, a professor who researches real-time and safety-critical system design at Washington University in St. Louis. “Human beings driving cars tend to get involved in a lot of accidents, as well … We don’t have an instinctive ability to take a metal device and zoom down the road with it.”

To be fair, the public’s fears aren’t completely unfounded.

In May, an autonomous Uber vehicle — a Volvo XC90 outfitted with radars, cameras, and a sophisticated computer system — collided with a pedestrian in Tempe, Arizona, killing her. The company’s decision to disable a standard collision-avoidance feature reportedly played a role, as did the car’s distracted supervisor. Nevertheless, the tragedy shone a light on the technological hurdles that autonomous car makers have yet to overcome.

Joan Claybrook, former head of the National Highway Traffic Safety Administration (NHTSA), said this week that, overall, “the amount of testing is quite miniscule.”

Russell agrees. “Nobody has solved … [it],” he said. “We’re not even remotely close to being able to be truly autonomous in diverse conditions.”

It’s a problem of scale. Early entrants in the self-driving space — like Google spinoff Waymo, for example — have driven millions of physical miles and billions in computer simulations, but most automakers and systems suppliers are nowhere close to hitting those numbers.

In lieu of infallible self-driving hardware, a solution to the perception issues plaguing self-driving cars might be greater transparency.

This week, Uber announced it will redeploy its self-driving cars on city streets — albeit with their autonomous systems disabled. In a lengthy Medium post, the company laid out its newly instituted policies: Two employees will ride in each car, not just one; drivers will complete a new manual driving training program; and every car will be outfitted with a monitoring system that sounds an alarm and alerts a remote monitor at the first sign of distracted driving.

An abundance of caution can’t hurt.

Drive.ai, a driverless car startup that plans to offer rides free of charge in Frisco, Texas later this summer, will restrict pickups and dropoffs to predefined, geofenced locations. Employees will monitor ride progress from within each car, the speed of which will be capped at around 35 miles per hour. And tele-choice operators will monitor each vehicle remotely.

“We’ve made an effort to engage the community in the onboarding process,” Don Lepard, Drive.ai’s Frisco site lead, said in an interview. “We’re taking a very methodical approach — we want to make advocates out of early adopters.”

Daimler predicts that fully autonomous cars will be on the road as soon as 2025. (BMW is more optimistic — it pegs 2021 as the likely date.) Whether that comes to pass or not, one thing’s becoming clear: There’s more than one path to getting autonomous cars on public roads, and some routes are more right than others.

“Whether the technology is ready for deployment right now is highly debatable,” Baruah said, “but [driving] isn’t something we’re great at, either.”

P.S. Enjoy this video of a robotic arm sketching a piece submitted in this year’s 2018 RobotArt competition. 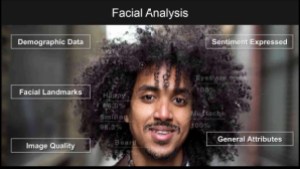 Amazon’s Rekognition system misidentified 28 members of Congress as criminals in a test conducted by the ACLU. 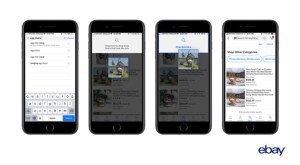 eBay is continuing on its path to harness computer vision techniques to boost its business, as it announced a new feature that will let you search for items using images of similar products on eBay. The ecommerce giant has been doubling down on its AI investments in recent times — it recently hired Jan Pedersen from Twitter to […] 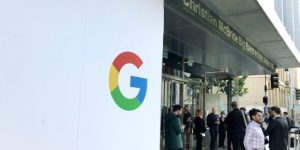 At Google Cloud Next this week, Google announced a slew of new security-focused products heading to G Suite and Google Cloud, including the Titan Security Key, Cloud HSM, enhanced transparency tools, and more. 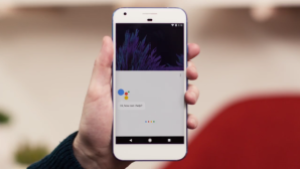 A Loup Ventures study suggests that Google’s Assistant, Apple’s Siri, and Microsoft’s Cortana have all improved over the past year — and surprisingly claims that Siri improvements have vaulted it over Amazon’s Alexa. 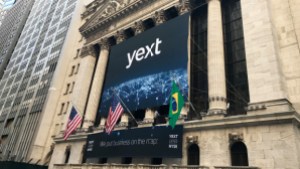 Imagine you’re the president of a European country. You’re slated to take in 50,000 refugees from the Middle East this year. Most of them are very religious, while most of your population is very secular. (via The Atlantic)

Machine learning and artificial intelligence have been the talk of the town for the past few years—and the hype isn’t slowing down anytime soon. I believe 2019 is going to be the year for businesses who have waited to finally jump on board to witness a goldmine of advancements for their industry. (via Forbes)

Weaponized drones. Machines that attack on their own. ‘That day is going to come’

Artificial intelligence has clear positive uses, but it could be used to teach machines to attack people and their computer networks on their own. (via CNBC)