One of my favorite sayings in the startup world is “Innovation happens at the edges.”

In AI, on one end of the spectrum, billions in investments and acquisitions are pouring in from giants like Nvidia, Google, and Microsoft. On the other side, small, imaginative teams are trekking out to new frontiers untouched by AI.

A great look at the performance of companies big and small is the inaugural AI Index 2017 report, which came out a few weeks ago. If you haven’t gotten to it yet, I suggest you check it out.

It’s put together by some of the best known and most reputable people in AI, like Jack Clark at OpenAI and Yoav Shoham, an AI professor at Stanford. It’s part of the AI100 study at Stanford University that documents the progress and impact of AI.

Most of the study’s graphs about the spread and growth of AI in 2017 are showing up and to the right, hockey stick growth over the past 2-3 years. So if you were looking for an assessment of the state of AI startups this year, it seems pretty strong. That comes as no surprise, however, since tech giants made more than 30 AI startup acquisitions in the first half of 2017.

At the same time, the report acknowledges its own shortcoming and imperfections.

As its authors freely admit, it makes no attempt to address matters of race or gender or how to mitigate AI’s impact on society. It also fails to mention markets outside the United States or investments that government or institutional entities are making in R&D.

The two slight declines that appear in the report were in VC investment in AI and in the AI Vibrancy Index. Bet you’ve never heard of that last bit before. The Vibrancy Index tracks enthusiasm about AI based on a combination of the number of published AI papers, course enrollment, and VC investment.

Jaw-dropping advances in some places with room for improvement in others is also the theme of the section that measures AI system performance in tasks like speech recognition and object detection.

For example, some computer vision today can identify skin cancer as well as a panel of doctors, but AI systems still have less common sense reasoning than a 5-year-old.

There’s a sense throughout Index 2017, much like the year that’s coming to a close, that there’s plenty of room for growth, but also much left to understand, document, and consider.

The steering committee of the inaugural AI Index strongly encourages feedback, so reach out if you’d like to shape the next edition of this project to track the progress and impact of AI. 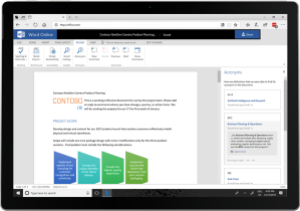 Above: A screenshot shows the acronyms feature in Microsoft Word.

Microsoft is adding a host of new capabilities to its Office productivity suite that are aimed at using machine learning to help people get their work done more efficiently. Outlook, Excel, and Word will all benefit, with new features rolling out to a limited set of users in the coming months and then expanding […] 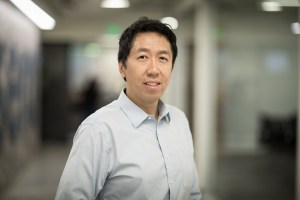 Above: Coursera cofounder Andrew Ng poses in an undated photo.

AI technology has the potential to transform all manner of industries around the globe, and one of the field’s luminaries today unveiled a new startup he’s working on to bring intelligence to manufacturing. Andrew Ng, who helped start the Google Brain project and previously served as the head of Baidu’s AI efforts, announced Landing.ai, a company aimed at helping businesses in the manufacturing sector transform themselves into AI companies. Ng picked manufacturing because […] 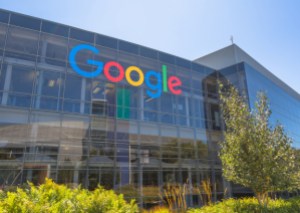 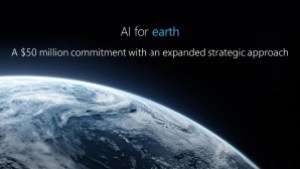 Above: AI for Earth

Microsoft commits $50 million more to its AI for Earth program

Microsoft has announced an expansion to its AI for Earth program, committing an additional $50 million to organizations that are working to solve the climate change crisis. The tech giant first announced AI for Earth back in June, and the initiative promised to provide a bunch of cloud-based tools and AI services to organizations looking to tackle problems relating to climate change. At the time, Microsoft said it was putting $2 million into the program, in addition to […] 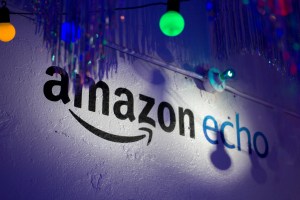 Amazon dropped something of a curveball on Friday when it announced that its voice-enabled Amazon Echo smart speakers are now officially available to purchase in more than 80 new markets around the world. Up until now, you could only (officially) procure the speakers in the U.S., the U.K., Canada, Germany, Australia, Japan, and India. So the news represents a huge expansion for Amazon, its Alexa digital assistant, and, of course, the Echo devices themselves. However, there was a major caveat […] 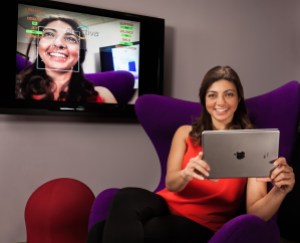 Affectiva, one in a series of companies to come out of MIT’s Media Lab whose work revolves around affective computing, used to be best known for sensing emotion in videos. It recently expanded into emotion detection in audio with the Speech API for companies making robots and AI assistants. Affective computing, the use of machines to understand and respond to human emotion, has many practical uses. In addition to Affectiva, Media Lab nurtured Koko, a bot that detects words […]

Artificial intelligence is seeping into every nook and cranny of modern life. AI might tag your friends in photos on Facebook or choose what you see on Instagram, but materials scientists and NASA researchersare also beginning to use the technology for scientific discovery and space exploration. But there’s a core problem with this technology, whether it’s being used in social media or for the Mars rover: The programmers that built it don’t know why AI makes one decision over another. (via Quartz)

Google is giving away AI that can build your genome sequence

Today, a teaspoon of spit and a hundred bucks is all you need to get a snapshot of your DNA. But getting the full picture—all 3 billion base pairs of your genome—requires a much more laborious process. One that, even with the aid of sophisticated statistics, scientists still struggle over. It’s exactly the kind of problem that makes sense to outsource to artificial intelligence. On Monday, Google released a tool called DeepVariant that uses deep learning—the machine learning technique that now dominates AI—to identify all the mutations that an individual inherits from their parents. (via Wired)

Meet your new boss: An algorithm

Uber Technologies Inc. and other pioneers of the so-called gig economy became some of the world’s most valuable private companies by using apps and algorithms to hand out tasks to an army of self-employed workers. Now, established companies like Royal Dutch Shell PLC and General Electric Co. are adopting elements of that model for the full-time workforce. Companies say the new tools make them more efficient and give employees more opportunities to do new kinds of work. (via Wall Street Journal)

Microsoft has set up an internal “AI University” in a bid to help it overcome the skills shortage in the booming field of artificial intelligence. Chris Bishop, the director of a Microsoft Research lab in Cambridge, UK, told Business Insider that the Microsoft AI University is one of several schemes Microsoft has implemented to address the lack of talent in the field of AI, where there’s fierce competition between tech firms to hire the best people. (via Business Insider)