This week, at its big September iPhone and Watch event, Apple announced that iOS 12 will be available on September 17.

With iOS 12 comes a series of new features for Siri, the most interesting of which are Siri Suggestions and Shortcuts.

Siri Suggestions will surface recommended actions using more than 100 different factors such as time of day, location, or even the Wi-Fi network you’re on to determine whether or not a shortcut suggestion surfaces on your smartphone lock screen or Apple Watch face. A standalone Shortcuts app also lets users create custom commands.

Whereas before with SiriKit you could connect with a limited number of apps for use cases like sending messages or hailing a ride from Uber, Shortcuts appears to be more flexible than similar products from Alexa and Google Assistant, and is capable of connecting Siri with apps that enable Shortcuts APIs.

That means you could, for example, order groceries with Instacart or carry out multiple tasks with a single custom-made utterance, but depending on how you use your smartphone, Siri Suggestions associated with your routines could become intimate and quick, and that’s going to require people to trust Siri.

Of course the need for trust in AI is by no means limited to Siri. When Alexa claims to accidentally record a person’s voice, that more than likely shapes the perception of assistants beyond Alexa and helps along fears that smart speakers spreading through homes the world over are simply surveillance devices.

Trust is also essential for the critical forms of AI emerging in industries like health care and autonomous vehicles, and so many other applications of AI in the headlines. Take a good look at the AI channel on VentureBeat this week: AI is promising to change our world with robotics systems that help people after a strokeor deliver internet to remote parts of the world without high-speed access today; to diagnose pneumonia more accurately; to move robots with millimeter accuracy; and of course to help identify bias in AI.

As advances continue to be made, AI is going to get so much more intimate — and borderline creepy.

Trust was a central theme at an AI conference held by Affectiva last week in Boston, where the emotion detection company is attempting to remain transparent while powering emotion recognition services in vehicles. Affectiva wants to give in-camera cars the ability to recognize when you’re distracted, tired, or angry, and track people’s emotions. The practical applications of such a technology are evident. Your car should be able to tell you when you’re probably too tired to be on the road, but to do so requires trust.

A while back, I wrote about Snips, an open source assistant that sells its service by ensuring users total privacy. Snips and other assistants like it have used privacy concerns surrounding Alexa and Google Assistant to create an opportunity.

I’ve said before that in order for any assistant to be truly great, it’s got to help you do the 20 things you do on a routine basis and help you do them in an effortless way. But in order for people to trust their assistant with those potentially intimate tasks, companies will have to soothe fears like the kind highlighted in an Accenture UK study this week that found nearly half of people were convinced their speaker was listening to them. As a result, more than 25 percent of UK adults surveyed said they were unwilling to pay bills or transfer money with an AI assistant.

For Shortcuts to succeed, it will require developers to enable Shortcuts APIs, as well as technological feats like low word error rates for speech recognition and smart predictive algorithms. But it’s also going to require trust, as will virtually every other application of AI on the market today.

For AI coverage, send news tips to Khari Johnson and Kyle Wiggers — and be sure to bookmark our AI Channel.
Thanks for reading, 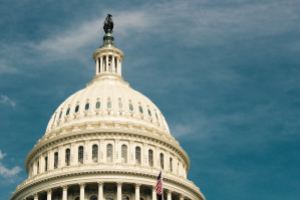 Members of Congress today sent a letter to National Intelligence director Dan Coats asking for a report from intelligence agencies about the potential impact of deepfakes on democracy and national security. Members of Congress speaking with Facebook COO Sheryl Sandberg and Twitter CEO Jack Dorsey also expressed concern about the potential impact of manipulative deepfake videos in a Congressional […] 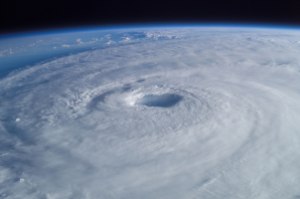 As Hurricane Florence bears down on the East Coast of the U.S., the storm‘s intensity is coming into sharp relief. The Category 2 hurricane had sustained winds of 105 miles per hour at the time of writing, with tropical storm-force winds stretching more than 335 square miles in all directions. Rainfall was predicted to reach […] 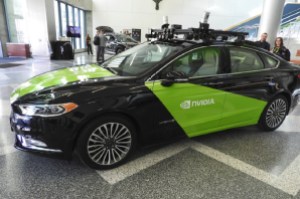 Nvidia is using the underlying architecture of its Drive autonomous vehicle platform to enable product development in other verticals with AI systems that deal with vast amounts of critical data, such as video surveillance, robotics, and health care. Called Project Maglev, the initiative to transfer the data framework to industries beyond autonomous vehicles started roughly […] 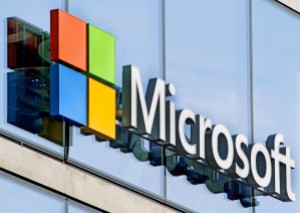 Microsoft today announced it has acquired Lobe, creator of a platform for building custom deep learning models using a visual interface that requires no code or technical understanding of AI. Lobe, a platform that can understand hand gestures, read handwriting, and hear music, will continue to develop as a standalone service, according to the company’s […] 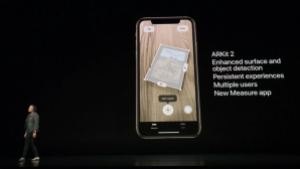 Apple’s investing heavily in artificial intelligence (AI). That much was clear from today’s iPhone and Apple Watch unveiling in Cupertino, California. The new iPhone XS and iPhone XS Max boast the A12 Bionic, a 7-nanometer chip that Apple characterized as its “most powerful ever.” It packs six cores (two performance cores and four high-power cores), a four-core […]

With some polls showing that more than 70 percent of Americans remain wary of autonomous machines, the amount of research going into transparency in artificial intelligence (AI) is no surprise. In February, Accenture released a toolkit that automatically detects bias in AI algorithms and helps data scientists mitigate that bias, and in May Microsoft launched a […] 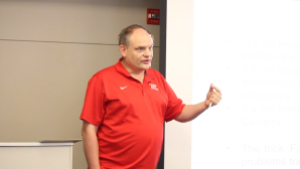 Google Cloud today announced that Andrew Moore, dean of the Carnegie Mellon University School of Computer Science, will lead its AI efforts in the future. Moore takes over the role of Google Cloud’s AI chief scientist from Dr. Fei-Fei Li, a Stanford University professor who has occupied the role since 2016. Moore, who announced plans to […]

Jeff Dean’s 1990 senior thesis is better than yours

Google AI lead Jeff Dean recently posted a link to his 1990 senior thesis on Twitter, which set off a wave of nostalgia for the early days of machine learning in the AI community. (via Medium)

A plan to advance AI by exploring the minds of children

Cognitive science and neuroscience could inspire the next big innovations in artificial intelligence, says the head of an ambitious new MIT-led research project. (via MIT Tech Review)

BMW developed a self-driving motorcycle to further its safety efforts

This week, BMW Motorrad showed off a self-driving version of its R1200GS, a motorcycle that it spent more than two years developing. You can see in the video below that the motorcycle, sans rider, can start, accelerate, lean into turns and stop all on its own. (via Engadget)