It’s been an eventful week in tech. Amazon announced it would abandon plans to open one of its two HQ2 locations in New York City, and the company also acquired Wi-Fi mesh network startup Eero for an undisclosed sum — a hint at Amazon’s future smart home ambitions. The California Department of Motor Vehicles released reports from companies currently testing self-driving cars — like Apple, Alphabet’s Waymo, and GM Cruise. Google pledged to spend $13 billion on U.S. datacenters and offices in 24 states this year, and driverless truck startup TuSimple raised $95 million at a $1 billion valuation, joining the ranks of Aurora and Nuro as one of the best-funded companies in the autonomous vehicle industry.

Nearly lost in the shuffle was President Trump’s signing on Monday of an executive order establishing a program — the American AI Initiative — that formalizes several of the proposals made last spring during the White House’s summit on AI. Specifically, it tasks federal agencies with devoting more resources to AI research, training, and promotion and instructs the White House Office of Science and Technology Policy (OSTP), the National Institute of Standards and Technology (NIST), and other departments to draft standards guiding the development of “reliable, robust, trustworthy, secure, portable, and interoperable AI systems” and create AI fellowships and apprenticeships. In the future, these agencies will be required to make a good faith effort to provide data, computing resources, and models to AI researchers whenever possible and to “prioritize AI” investments in their budgets.

Unfortunately, it’s a case of too little, too late.

Canada’s Pan-Canadian Artificial Intelligence Strategy, for instance, is a five-year $94 million (CAD $125 million) plan to invest in AI research and talent, complementing the government’s investments of nearly $173 million (CAD $230 million) and $45 million (CAD $230 million) in Scale.AI, a business-led consortium that expects to create close to 16,000 jobs. The EU Commission, for its part, has committed to increasing investment in AI from $565 million (€500 million) in 2017 to $1.69 billion (€1.5 billion) by the end of 2020. France recently took the wraps off a $1.69 billion (€1.5 billion) initiative aimed at transforming the country into a “global leader” in AI research and training. And South Korea last spring unveiled a multiyear, $1.95 billion (KRW 2.2 trillion) effort to strengthen its R&D in AI, with the goal of establishing six AI-focused graduate schools by 2022 and training 5,000 AI specialists.

China’s AI plan is perhaps the most ambitious: In two policy documents, “A Next Generation Artificial Intelligence Development Plan” and “Three-Year Action Plan to Promote the Development of New-Generation Artificial Intelligence Industry,” the Chinese government laid out its roadmap for cultivating an AI industry worth roughly $147 billion by 2030. The country has already built a $2.1 billion technology park for AI research in Beijing.

Money isn’t the be-all, end-all in AI policy, of course — ethics matter, as evidenced by Amazon, Microsoft, and Google calling for guidelines governing the use and development of such AI technologies as facial recognition. (All three companies are members of the Partnership for AI, an industry consortium that includes groups sometimes opposed to AI products — like Amnesty International and the American Civil Liberties Union.) Unfortunately, the American AI Initiative falls short in this regard, too.

“I’m skeptical that the passing mention of these protections will result is any serious efforts to build in appropriate legal, ethical, and policy safeguards to ensure that AI systems are deployed responsibly,” Professor Kate Crawford, codirector and cofounder of the AI Now Institute at New York University, told IEEE Spectrum this week. “We are concerned with the focus on industry at the expense of a broader democratic process and an evidence-led approach to AI policy.”

In contrast to the U.S., the EU Commission has crafted a set of AI guidelines to address ethical issues such as fairness, safety, and transparency and has established the European AI Alliance, a forum for discussion of “all aspects” of AI development and its impacts. Additionally, the body has tasked the High-Level Group on Artificial Intelligence — which acts as the steering group for the European AI Alliance — with drafting ethics guidelines.

France also plans to develop its own AI regulations and ethics policies, as does Germany. (The latter last year formed a 38-person commission to investigate how machine learning and algorithmic decision-making might disrupt society, and it plans to release a report with recommendations by 2020.) Meanwhile, Singapore’s Advisory Council on the Ethical Use of AI and Data and the U.K.’s Centre for Data Ethics and Innovation have been tasked with developing a common set of AI ethics standards and frameworks for their respective governments.

The American AI Initiative also fails to address issues of multinational collaboration and immigration. That doesn’t come as a surprise, given the Trump administration’s poor track record on both fronts.

The Trump administration in February 2018 heightened vetting of H1-B visas, which has led to increased restrictions and rejections of visas and to preferential treatment for holders of advanced degrees from U.S. institutions. (It also revoked a guideline that designated “computer programmer” as a protected occupation under the H-1B program.) And the administration delayed implementation of the international entrepreneur rule, or startup visa, which would have allowed foreign entrepreneurs to stay in the U.S. to start a business.

Partly as a result of that and other policy decisions, the number of overseas graduate students in the U.S. fell 5.5 percent in 2017 (from 2016), according to the National Science Foundation. That’s discouraging for organizations like the Allen Institute for Artificial Intelligence in Seattle, which recently revealed in a Wired editorial that nearly two-thirds of its research scientists hail from countries like Egypt, Germany, India, Iran, Israel, Japan, Korea, Norway, the U.K., Taiwan, and Vietnam.

The brain drain has been dramatic. Europe currently leads the world in scholarly output related to AI, according to a report by Elsevier, and China is expected to overtake the EU within the next four years, if current trends continue. India is currently third behind the U.S. and China, while Germany and Japan rank fifth and sixth worldwide in AI research paper output.

“In the name of Buying American and Hiring American [sic], this administration is threatening the intellectual heart of our society, and the consequences of these policies will reverberate throughout our economy,” Allen Institute CEO Oren Etzioni wrote this week. “Providing 10,000 new visas for AI specialists, and more for experts in other STEM fields, would revitalize our country’s research ecosystem, empower our country’s innovation economy, and ensure that the United States remains a world superpower in the coming decades.”

This is all to say that the American AI Initiative, as currently proposed, appears poised to underdeliver. And absent a firm timeline for implementation, there’s no guarantee that even its modest proposals will come to fruition in the foreseeable future.

P.S. Please enjoy this talk by Andreessen Horowitz operating partner Frank Chen about how AI and automation will augmented and enhance humans. 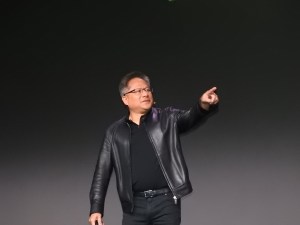 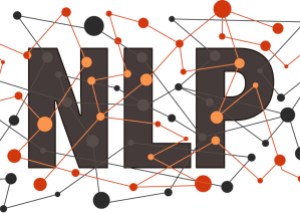 Amazon is making voice apps created by Echo owners with the easy-to-use Skills Blueprint available in the Alexa Skills Store. 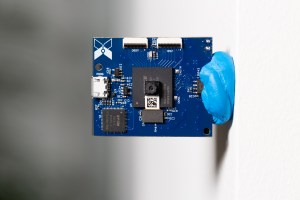 Xnor.ai today introduced a device capable of running state-of-the-art computer vision algorithms on the edge with a small solar cell and no battery. 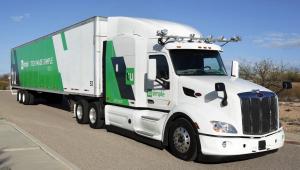 China-based autonomous truck startup TuSimple, which has routes in Arizona, raised $95 billion in December 2018 at a $1 billion valuation. 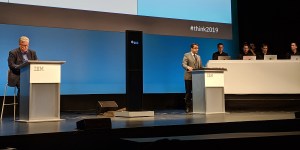 IBM’s Project Debater engaged in a human versus machine competition before an audience to argue for and against subsidies for preschool. 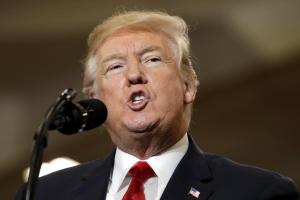 President Trump will lay out U.S.’ AI plans in an executive order

President Trump will sign an executive order establishing the American AI Initiative, which will lay out the U.S.’ plans for AI research and development.

Nobody knows who she was, just that she was different: a teenage girl from over 50,000 years ago of such strange uniqueness she looked to be a ‘hybrid’ ancestor to modern humans that scientists had never seen before. (via Science Alert)

Each year, millions of Americans walk out of a doctor’s office with a misdiagnosis. Physicians try to be systematic when identifying illness and disease, but bias creeps in. Alternatives are overlooked. (via New York Times)

The NDP government has announced plans to spend $100 million over five years to grow the artificial intelligence (AI) sector in Alberta. (via Calgary Herald)

Google and Microsoft warn that AI might do dumb things

It’s the not-so-far-away future in San Francisco. One-Wheels and e-scooters litter the road. Your self-driving car has just deposited you at Union Square, and you’ve instructed it to return in an hour, after you’ve purchased the latest it-smartphone, the iPhone Z. (via Wired)