I’m not what you would call a fan of Westworld. As an AI reporter, telling this to people often triggers an audible gasp, followed by a look of disbelief and disappointment. Despite my lack of enthusiasm for the show, I plan to watch every episode of season two, which starts Sunday on HBO, and developers should too.

Earlier this week, I attended a showing of episode one in San Francisco and had an opportunity to chat with members of the cast. I took the interviews because I wanted to know how people playing parts in a show that shapes the world’s perception of AI felt about the impact of AI.

Shannon Woodward plays Elsie Hughes, a programmer whose job is to fix renegade robots. Ask her about the implications of the show and she may defer to Westworld producer Jonathan Nolan, who starred in the recently released documentary Do You Trust This Computer, but she still has a lot of thoughts about issues raised on Westworld.

She’s concerned about the “breakneck pace” of progress at companies like Alphabet leading the future of AI, and after Zuckerberg’s testimony to Congress, that lawmakers aren’t yet equipped to regulate AI. She likes the idea of a robot bill of rights to protect them from overt abuse, and she’s convinced there will someday be a theme park just like Westworld full of humanoid robots, an environment that will encourage human narcissism or other negative human traits. This attitude is already here among people who use sex dolls, Woodward said.

“People ask me sometimes, ‘Do you think somewhere like Westworld will ever exist?’ And I think ‘Yeah, because we made this show,'” she told VentureBeat in an interview. “I think it really would function the same way, particularly if run by people who watch this show.”

The exploration of topics like unintended consequences of machine intelligence or how robots could change humanity makes her happy the show has inspired conversation.

“Life imitates art, and what art creates is the fantasy; it gives us bullet points of what to fantasize about,” she said.

Last year, futurist David Brin predicted a “robot empathy crisis” would come in the years ahead, spurring debate among humans about the right way to treat a robot that looks and acts like a human.

It may be easy for some to dismiss ideas like robot personhood or a robot empathy crisis, but it’s a worthwhile discussion, and Westworld is one of the only shows on television that persistently explores how human treatment of machines could change our humanity or reflect our worst demons. After all, slavery doesn’t just affect the enslaved — it also corrupts those who treat them as less than human.

One takeaway from watching the season opener of Westworld is just how dark the show’s depiction of AI is, and that AI for good needs its own TV show to play out a counter-narrative, something like Microsoft’s AI for Earth on steroids.

The world deserves nuance when describing the potential impact of AI. It’s imperative that people make space in their imaginations for a Westworld hellscape, but also for computer vision that protects endangered species or increases crop yields, or AI assistants that help children cope with trauma.

Another takeaway drawn from watching Westworld is that it doesn’t really matter if the show was created by great storytellers or people with an intimate understanding of how things like deep learning works. It is, as Woodward points out, a show that can construct fantasies of what’s possible with AI.

One part of the popular narrative around artificial intelligence stems from the work being done to spread AI to all corners of society by tech giants, governments, and businesses.

The other half comes from art and imagination about what’s possible like the movie Her or shows like Black Mirror or Humans. Silicon Valley may be overly optimistic in its dreamy depictions of AI (see this Microsoft Common commercial), but Westworld, like The Terminator, presents a nightmare. Both color the world’s perception of what’s possible with intelligent machines.

So even if you’re like me and don’t host Westworld watch parties, it’s important that developers — and every developer will come to use AI at some point — wrap their minds around the scenarios played out on the show.

Personally, I don’t think the fear of the Skynet scenario played out in shows like Westworld is always helpful because it can pull attention away from lower-hanging fruit. There are more pressing problems to deal with before sentient machines, like AI used to hand down disproportionate court sentences to African-Americans or assuring datasets being used to train neural networks in health care don’t exclude certain populations like women. But you can’t ignore Westworld.

Many developers may point out that AI today has narrow applications and no human traits. That’s true — general AI like the kind on display in Westworld doesn’t exist yet — but you should still watch the show. Just as Star Trek inspired the futuristic fantasies of a generation of people in technology to invent things they saw on the show or to embody the ethics of the crew of the U.S.S. Enterprise, Westworld may do the same.

It’s part of the popular culture imagination of how AI will change the world and our lives, and it cannot be overlooked. 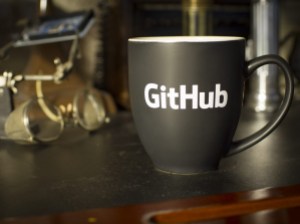 GitHub is launching a new bot-powered learning lab to help budding developers get up to speed on all things GitHub. The San Francisco-based code-hosting platform, which hosts some 80 million repositories and claims 27 million users, recently celebrated its tenth year in business. It has been rolling out a bunch of collaboration-focused tools […] 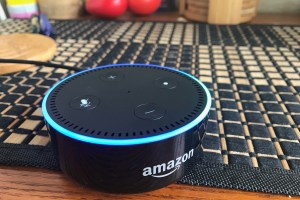 Amazon today launched a feature for AI assistant Alexa called Blueprints that gives users the power to create their own Alexa skills. Alexa Skill Blueprints require no prior knowledge of coding. Just fill in the blanks and your Blueprints skill can be made and launched in a matter of minutes. Blueprints launches today for Alexa users in the United States and includes 20 kinds of […] 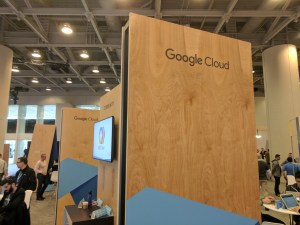 Google announced today that Dialogflow Enterprise Edition, its platform for companies looking to run their own intelligent chatbots, has launched out of beta. The service, previously known as API.AI, makes it easier for companies without AI expertise to design and deploy their own bots that use AI-based natural language understanding and processing to interact with end users. This allows companies to build their own automated customer service agents, sales bots […] 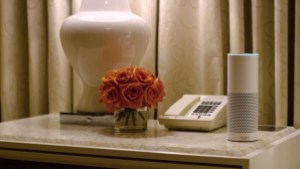 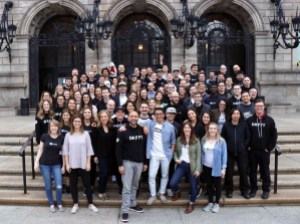 Drift today announced it has raised an additional $60 million to grow its conversational sales and marketing platform. To date, the maker of sales assistant Driftbot has raised a total of $107 million. The company will use this new funding to invest in its customer chat and automation platform, expand outside the United States, and explore the acquisition of other companies […] 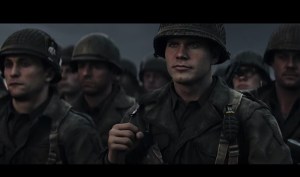 I’ve always needed a personal coach when it comes to multiplayer combat for Call of Duty, and now Activision is providing one via Amazon’s Alexa voice-recognition assistant. Starting today, you can use the Call of Duty Alexa Skill for Call of Duty: WWII on Amazon Alexa devices. Using a soldier’s voice, it provides personalized player coaching, based on the data from your actual gameplay. It can tell you […]

Artificial intelligence must be ‘for common good’

Ethics should be at the centre of the development of artificial intelligence (AI), a parliamentary report has said. AI should “never” be given the “autonomous power to hurt, destroy or deceive” people, it adds. The Lords’ report said the UK has the potential to be a leader in developing AI and called on the government to support businesses in the field. It also recommended that people be educated to work alongside AI in the jobs of the future. (via BBC)

Pedro Domingos on the arms race in artificial intelligence

It’s a quiet hallway in the computer science department at the University of Washington in Seattle. To the right, young software engineers sit in front of their laptops in the windowless, artificially lit rooms. To the left, computer science professor Pedro Domingos opens the door to his office, which has a view of the massive trees on campus. Domingos’ book “The Master Algorithm,” about the technology of artificial intelligence (AI), made him famous and is also considered a standard reference work. (via Der Spiegel International)

Since the Cambridge Analytica scandal erupted in March, Facebook has been attempting to make a moral stand for your privacy, distancing itself from the unscrupulous practices of the U.K. political consultancy. “Protecting people’s information is at the heart of everything we do,” wrote Paul Grewal, Facebook’s deputy general counsel, just a few weeks before founder and CEO Mark Zuckerberg hit Capitol Hill to make similar reassurances, telling lawmakers, “Across the board, we have a responsibility to not just build tools, but to make sure those tools are used for good.” (via The Intercept)

Artificial intelligence is everywhere, growing in its reach throughout society. Businesses need to capitalize on AI’s potential to stay in the game. As AI continues to rapidly evolve, it’s becoming a partner among people, with unprecedented access and impact on the ways people work and live. Deploying AI is now about more than training it to perform a given task. It’s about “raising” it to act as a responsible representative of the business, and a contributing member of society. (via Accenture)