At an event today in Seattle, Amazon significantly broadened its Echo device lineup — and that’s understating it.

In addition to the 2018 Echo Dot, Echo Plus, Echo Show, it took the wraps off the Echo Sub, its answer to voice-enabled premium audio products like Apple’s HomePod, Sonos One, and Google Home Max; the Echo Input, a wireless accessory that connects to legacy speakers; the Echo Link Amp and Echo Link, amplifiers with multiple audio inputs and outputs; and Amazon Smart Plug, a connected outlet.

They round out Amazon’s existing and refreshed selection of smart speakers (the Echo, Echo Dot, and Echo Plus), smart displays (the Echo Show and Echo Spot), and smart cameras (the Echo Look).

The $130 Echo Sub, which ships later this year, features a mesh cloth that comes in several colors, and a 6-inch, 100W down-firing speaker that can be configured in stereo. Two paired Echo speakers and an Echo Sub can act as a single 2.1 system, with distinct left and right audio channels. That’s one better than current-gen Echo speakers, which support multiroom audio (i.e., the ability to group speakers together by room) but not proper stereo. 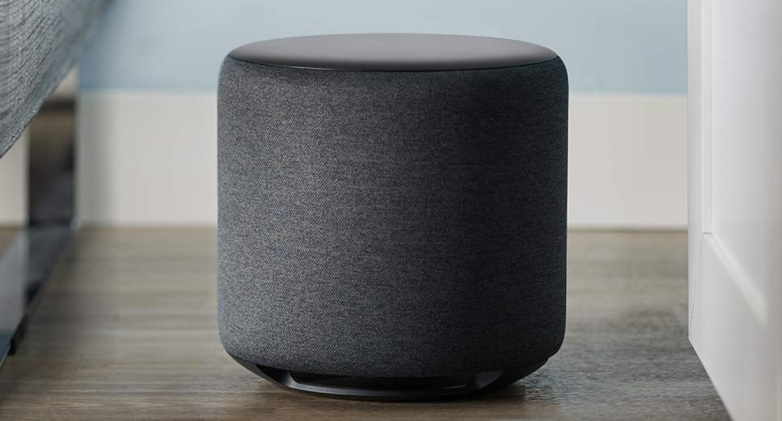 Above: The Amazon Echo Sub.

The $25 Amazon Smart Plug (shipping next month) doesn’t have nearly as many bells and whistles as the Sub, but lets you switch off or on whatever’s plugged into it with a voice command. (It’s worth noting that the plug itself doesn’t have a microphone — you’ll need to scrounge around for an Alexa-enabled app or device.) You can schedule quiet hours, too, and it works independently of a hub — the Smart Plug is managed entirely through the Alexa app for Android, iOS, and Amazon Fire devices. 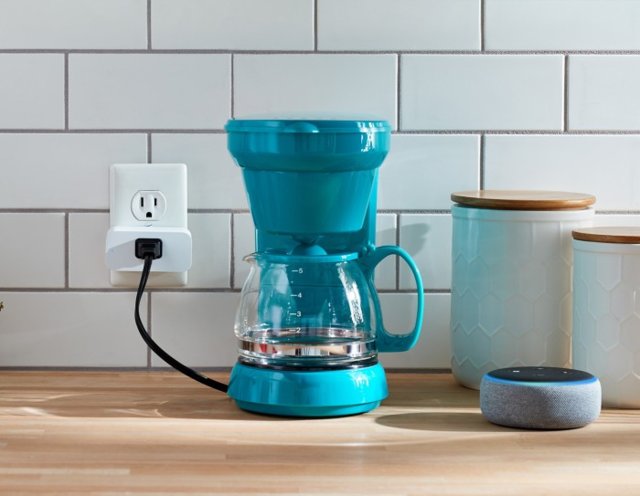 Above: The Amazon Smart Plug.

The Echo Link Amp and Echo Amp are amplifiers through and through. Both have Ethernet, coax, optical in, and multichannel capabilities, and the Amp has a built-in 60-watt dual-channel amplifier that links to an Echo (with left-right speaker binding post outputs to support wiring directly to passive and non-powered speakers). The Link starts at $200 and will be available later this year, and the Amp starts at $300. (It’ll hit store shelves in 2019.) 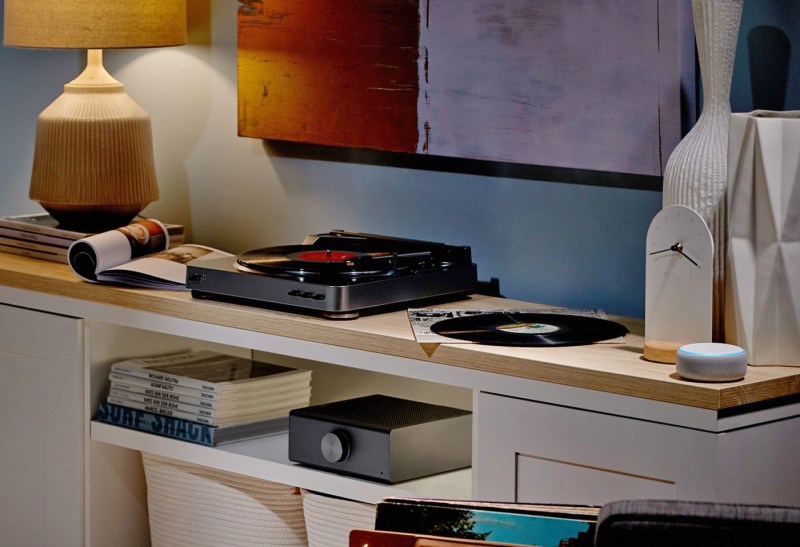 Above: The Amazon Echo Link Amp.

Last but not least, the Echo Input, which starts at $35 and comes in two colors, black and white, adds music-casting (and multiroom audio) capabilities to legacy speakers. Its four-microphone array can pick up voice commands from across a room. 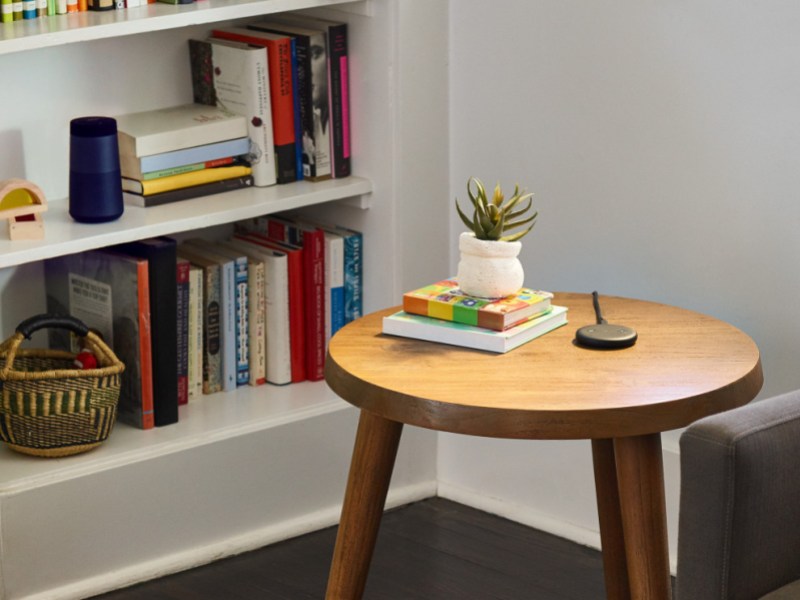 Above: The Amazon Echo Input.

In a related announcement, Amazon said it’s opening up it’s multiroom feature to third-party hardware developers via an SDK. The Polk Command Bar will be the first to get it later this year.

Also announced this week: general availability of the Alexa Skills Kit for Python, an SDK that lets developers make Alexa API calls and quickly access support libraries in Python (as opposed to Java or Node.js).

If it weren’t abundantly clear already, Amazon’s intent on getting Alexa in more places.

August saw the unveiling of the Alexa Auto SDK, an open source toolkit designed to help automakers integrate voice control into cars and infotainment systems. (It followed on the heels of Amazon’s Smart Home Skill API for smart home devices, the Gadgets SDK for Alexa-compatible gaming accessories, and Amazon’s Alexa Voice Service.) And earlier this summer, Amazon partnered with Microsoft to bring Alexa and Cortana to all Echo speakers and Windows 10 users in the U.S.

At IFA 2018 in Berlin this year, Daniel Rausch, Amazon’s vice president of smart home, announced that Alexa is integrated with over 20,000 devices (up from 4,000 eight months earlier) such as Huawei’s AI Cube smart speaker, Yale’s Sync home alarm system, and Asus’ ZenBook laptops. He said that in that time, the number of brands using Alexa had nearly tripled from 1,200 to 3,500, and that the number of third-party apps — skills, in Amazon’s parlance — available on Alexa surpassed 50,000.

But recent reports show that when it comes to first-party offerings, Amazon has steadily ceded ground to competitors — namely Google. A Strategy Analytics report this week showed the Echo Dot behind the Google Home Mini by shipments in Q2 2018; in May, the firm noted that Amazon’s share of the smart speaker market had dipped below 50 percent.

Still, there’s plenty of opportunity for Amazon to claw its way back to the top. The smart speaker market saw 278 percent year-on-year growth in Q1, and some suggest the number of voice-enabled speakers in use could come close to 100 million by the end of this year (up from 50 million at the end of 2017). Moreover, by 2024, it could be a $30 billion industry.