Amazon, not content to wrap up a hardware event with all-new appliances and a host of high-end audio products, debuted something of a surprise today: the Fire TV Recast, a DVR for over-the-air television, and the Echo Auto, an Alexa-powered in-car speaker.

The Fire TV Recast is being pitched as a companion for the newly refreshed Echo Show. Its tuners can record two to four shows at a time from channels like ABC, CBS, FOX, NBC, PBS, and The CW, and it ships with a helpful companion app that, during setup, charts out the parts of your home with the best antenna signal.

The Fire TV Recast starts at $229 for two tuners and 500GB of storage space. The four-tuner, 1TB version will be available before the holidays (November 14) for $279. 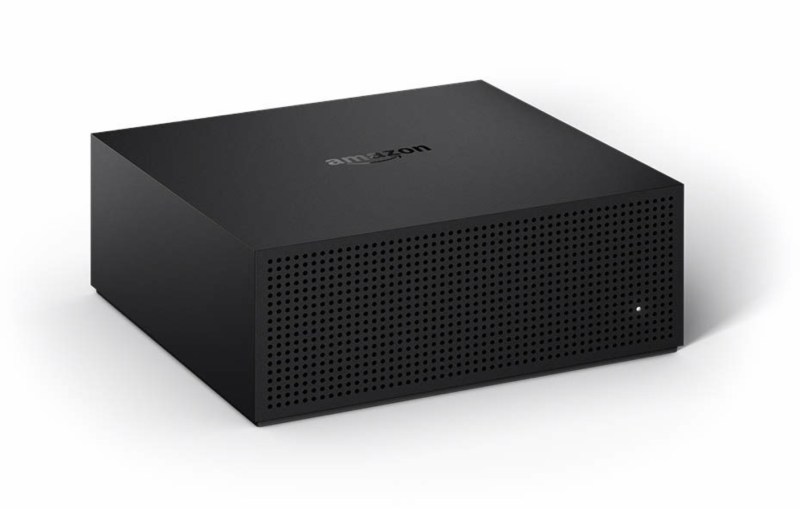 Above: The Amazon Fire TV Recast.

The Fire TV Recast’s unveiling dovetailed with the launch of Amazon’s new Smart Screen SDK, which adds Echo Show-like functionality to “anything with a display” — including Sony televisions and Lenovo tablets.

If the Fire TV Recast is Amazon’s play for the living room, the Echo Auto is a clear grab for vehicles. The cassette-shaped device — which taps Alexa for voice recognition, of course, and draws power from a standard 12V power outlet or USB port — runs a custom operating system, has an eight-microphone array, and connects with your car’s dashboard via Bluetooth, Bluetooth Low Energy (LE), or a 3.5mm port. (It piggybacks onto your phone for connectivity.)

It supports location-based Routines, which allow you to, for example, set up a trigger that switches on the air conditioning in your house when you arrive home. And you can ask it for directions to any location, which it’ll send to Waze or Apple Maps on your smartphone.

In addition, the Echo Auto supports standard Alexa integrations like shopping lists, reminders, and Audible’s library of audiobooks. It starts at $50, discounted to $25 for a limited time.

As for the Echo Auto, Alexa voice control has been introduced since 2016 in select vehicles from some of the world’s best-known auto manufacturers such as Ford, Toyota, Lexus, and e-tron, Audi’s first all-electric vehicle due out next year.

The Alexa Auto team was created last year and was designed to compete with the likes of Android Auto with Google Assistant inside, Apple CarPlay, and branded intelligent assistants being introduced by companies like Mercedes-Benz with the help of the SoundHound platform.

The Echo Auto is a direct competitor with third-party device Roav Viva and to a lesser extent the Garmin Speak, two devices introduced earlier this year for quick, inexpensive integration of Alexa voice control for cars.