Amazon’s getting into home appliances. Seriously.

At its largely Echo- and Alexa-focused event in Seattle today, the company announced the AmazonBasics Microwave, a voice-enabled microwave oven that taps Amazon’s Dash Replenishment Service to restock your pantry (should you run out of TV dinners, for instance). Also on tap? The Echo Wall Clock, an analog clock with Alexa-powered voice recognition. 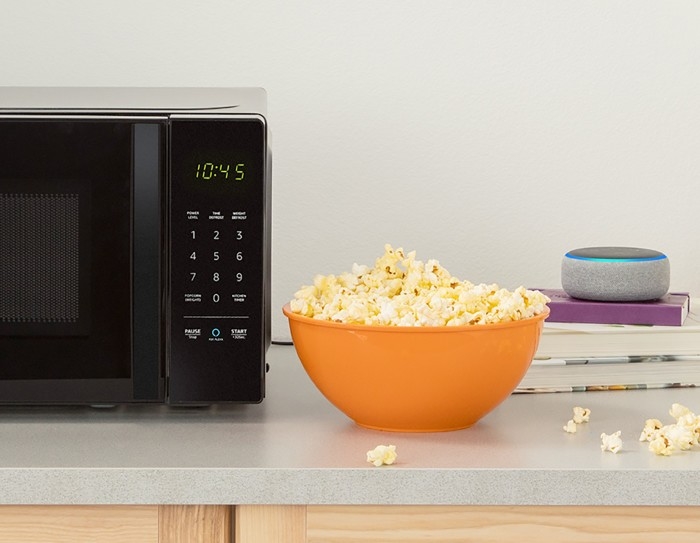 Above: The AmazonBasics Microwave.

Details were hard to come by at publication time, but here’s what we gleaned from the press preview: The Wi-Fi-enabled AmazonBasics Microwave will start at $60 when it goes on sale November 14, and in addition to Dash Replenishment (which can only order popcorn, unfortunately), it boasts the standard array of Alexa features including integration with connected ovens, door locks, and other smart fixtures, reminders, and access to more than 50,000 third-party skills. Alexa isn’t actually built into it, though — you’ll need an Echo to pair it with.

Its voice controls also extend to cooking timers. You can say things like “Alexa, add 30 seconds to the microwave” to update a countdown, or even just “Alexa, one potato” (Alexa is activated with the press of a button on the microwave’s side). 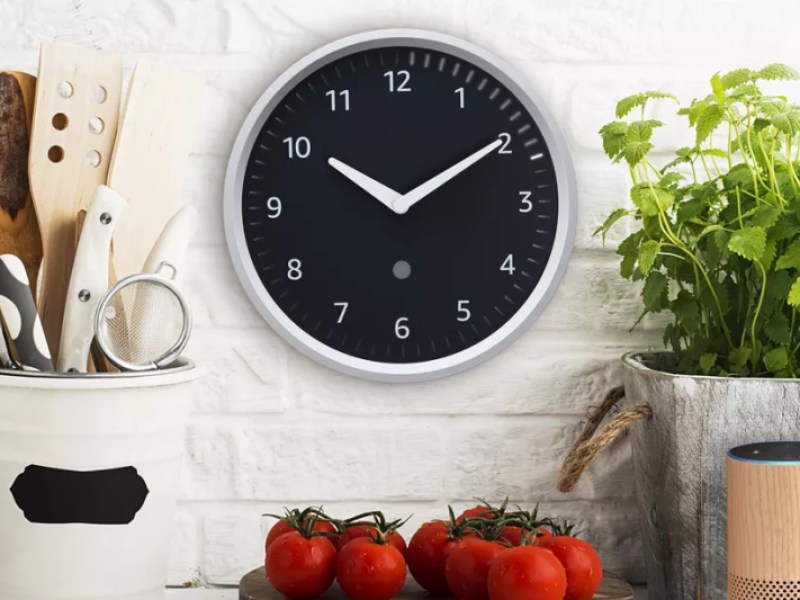 Above: The Amazon Echo Wall Clock.

The $30 Echo Wall Clock — a 10-inch, battery-powered which looks like the sort of inconspicuous clock you might see hanging in an elementary school classroom — features a clever ring of 60 LEDs around the rim that show ongoing Alexa timers. (If you add a second timer to it, it’ll light up a second LED.) Another nifty feature: automatic time syncing and Daylight Savings Time adjustment.

That’s in addition to the 2018 Echo Dot, Echo Plus, and Echo Show, and the Fire TV Recast DVR and Echo Auto in-car system.