Amazon today announced the debut of DeepRacer, a car about the size of a shoebox that runs on AI models trained in a virtual environment with reinforcement learning called SageMaker RL. The car will sell for $399.

The DeepRacer League was also announced today to pit developers against each other. Throughout 2019, 20 DeepRacer competitions will take place at AWS summit events. Winners from summits, as well as top performers in virtual races online, will be invited to a championship cup to be held at AWS re:Invent next year.

First trials begin today at a track at MGM Grand. The top 3 finishers on a track set up today at MGM Grand will compete tomorrow during a keynote address. 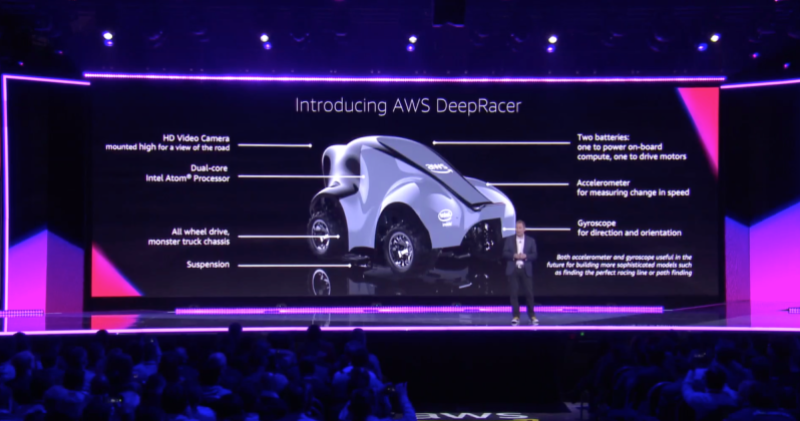 The DeepRacer League is the second drone race car league this year to launch in Las Vegas, following the Drone Racing League’s romp through Circus Circus.

Other AI-related news announced today include the debut of the Inferentia chip for AI deployment, Amazon Personalize, a service for ML-powered recommendations and personalization, as well as a series of new services from AWS SageMaker.

DeepRacer follows the release of DeepLens earlier this year for developers to test and deploy computer vision models, a $249 camera that went on sale in July.