Amazon has announced that Alexa will soon speak Mexican Spanish as the company prepares to localize its smart virtual assistant for its first Latin American market.

As of today, the Alexa Skills Kit (ASK)  — a set of self-service APIs and tools for adding skills to Alexa — is available for developers to begin building voice-enabled features for consumers in Mexico. No date has been given for Alexa’s launch in the country, but it will be “later this year,” according to the company. 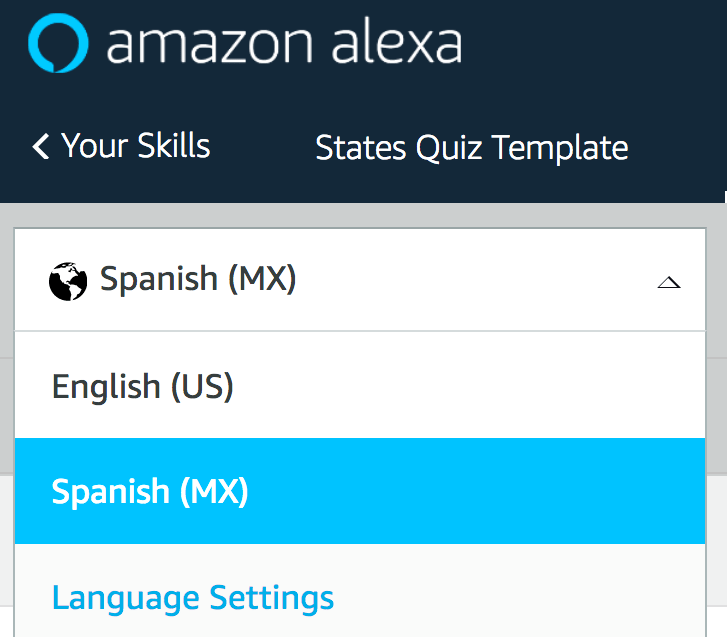 Above: Updating Alexa skills for Mexico

The Alexa Voice Service (AVS), which manufacturers can use to integrate Alexa into their own hardware, will also be available later this year — however, early access to the invite-only preview can be requested now.

It goes without saying that these launches will also pave the way for Amazon to launch its own Alexa-powered Echo smart speakers in what could prove to be a lucrative market for the ecommerce giant. And thanks to AVS, Sonos and Bose will be among the first third-party brands to bring their own Alexa devices to Mexico.

It’s worth noting here that last year Amazon did in fact launch its Echo smart speakers in a number of Latin American markets, such as Chile, Colombia, Peru, and Uruguay. But this was part of a broader global expansion that didn’t include Alexa localization. It was fairly obvious which markets Amazon did plan to localize Alexa for in Latin America, because those countries were not included in that big international launch — countries like Brazil, Argentina, and Mexico.

Today’s news comes a couple of months after Amazon revealed that it was boosting Alexa with Spanish (Spain) and Italian. And with the addition of Mexican Spanish, Alexa will now be localized for 11 markets, though just six languages. Indeed, Alexa is available in English (U.S., U.K., India, Canada, and Australia), French (France), German (Germany), Italian (Italy), Japanese (Japan), and Spanish (Spain and Mexico).

For comparison, Google’s Assistant is conversant in 11 tongues, though just five of those are available on its Home smart speakers. And Google plans to add Assistant support for at least 30 languages by the end of 2018. Siri is offered in dozens of languages, including dialect variants, though its own HomePod smart speaker is only available in six markets.