Amazon has announced a tie-up with Best Buy to sell a handful of smart TVs built on Amazon’s very own Fire TV operating system (OS).

The ecommerce giant has revealed that more than 10 Fire TV Edition models from Toshiba and Best Buy’s own-brand Insignia will launch from this summer and will be made available to purchase exclusively through Best Buy’s own store, its Amazon.com store, and — crucially — its brick-and-mortar stores. 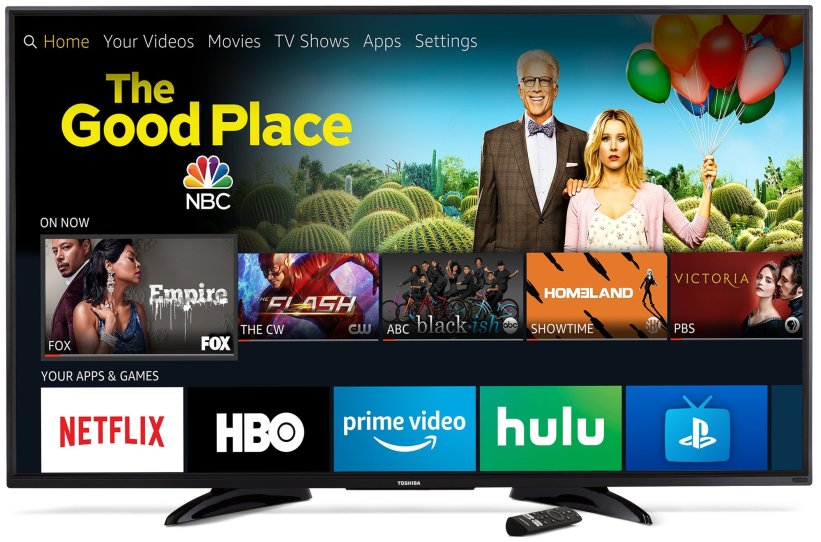 This move represents the latest development in the battle for consumers’ living rooms, as Google has already infiltrated big screens with Android TV and its voice-activated Google Assistant.

Amazon actually launched its first TV with Fire TV OS built in last year via a partnership with Element, but this latest partnership with Best Buy cranks things up a notch by placing the TV sets front and center in one of the biggest retail stores in North America.

“Amazon and Best Buy have a long history of working together, and today we take our partnership to a new level,” noted Amazon founder and CEO Jeff Bezos in a press release. “These Fire Edition smart TVs by Insignia and Toshiba deliver beautiful visuals and all the movies and TV shows you love, with an experience that gets better every day with Alexa.”

The first fruits of this partnership will be a Fire TV Edition Toshiba smart TV, which will launch through Best Buy this summer, according to Amazon, with further models landing later in the year. Canadian customers will also be able to buy the TVs later in 2018.

Though Amazon already offers a range of Amazon Fire TV sticks and boxes that can be plugged into any TV, integrating the Fire TV OS into the very fabric of a television opens many more opportunities for Amazon. For example, Fire TV OS can integrate with other live over-the-air (OTA) broadcasts and other devices that may be connected through the HDMI port of your TV, such as a PlayStation. Plus, this brings Alexa to the fore — you can carry out voice searches for content whether it’s through a live broadcast or a streaming service, such as Prime Video, Netflix, or Hulu.

This also gives Amazon more leverage in terms of connecting your smart TV with your smart home, including video doorbells and lighting systems, among other technologies.

The Best Buy tie-up is a “multi-year, exclusive partnership,” according to a statement issued by Amazon.