Amazon’s latest smart speaker is a touchscreen device that looks like a modern cross between Apple’s Twentieth Anniversary Macintosh and a ’90s kitchen TV. Amazon is calling it the Echo Show, and it’ll cost you $230 when it launches on June 28.

Amazon has boasted about its Echo smart speakers for years, though the company won’t actually say how many devices it’s sold. Still, it continues to add its Alexa voice assistant to ever more devices, including the recently announced — and not-at-all-creepy — camera-enabled Echo Look.

The Echo Show will be able to place video calls and play videos, in addition to the features found on other Echo devices — music, smart home controls, and so on. 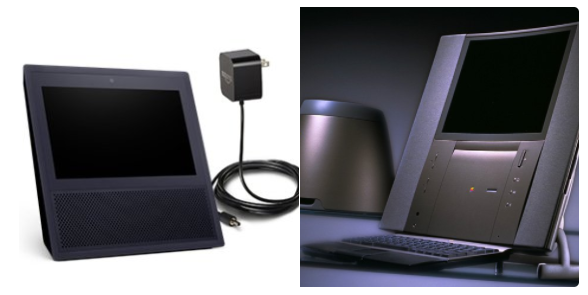