Amazon kicked off its inaugural re:MARS conference with a bang on Tuesday night in front of a packed ballroom at the Aria in Las Vegas. Senior vice president of devices and services Dave Limp headlined the first keynote alongside Boston Dynamics founder Marc Raibert and Disney Research’s Morgan Pope and Tony Dohl, after which the crowd was treated to autonomous acrobats and an address from Robert Downey Jr.

Limp began by outlining the four pillars of re:MARS, which largely mirror those of MARS, Amazon founder and CEO Jeff Bezos’ annual invitation-only gathering of tech luminaries. The first pillar is machine learning and the second automation, followed by robotics and space.

“It started with machine learning. It’s at the foundation of everything that [Amazon] does, [and] it will be key to the invention that we need to do,” said Limp. “It’s a renaissance … robotics is an area of incredible growth, and it’s about seeing how robotics can further our lives.” 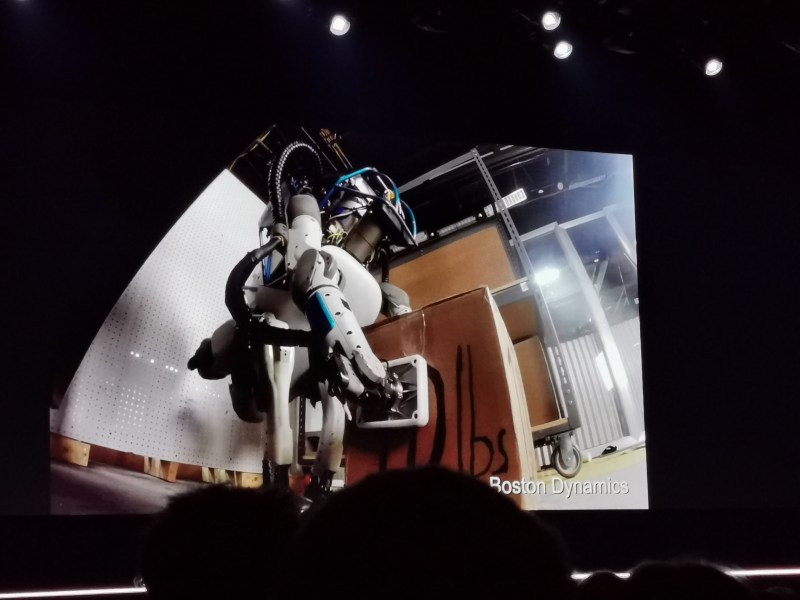 This growth has coincided with the Seattle company’s migration from a centralized machine learning approach to a decentralized approach, which began four to five years ago, Limp said. In November 2018, he told the Wall Street Journal that 10,000 employees were working on Amazon’s virtual assistant and the Echo devices it powers, up from 5,000 a little over a year before.

“Automation done correctly is invisible to customer[s] — it’s just delightful,” said Limp, who took the opportunity to highlight re:MARS’ impressive guest list of astronauts, artists, engineers, PhDs, entrepreneurs, and NBA players, as well as the founders and cofounders of household brands like Coursera, Aurora, and iRobot.

“We have people in the audience that invented the core foundations of robotics and the internet itself,” he added. “We even have a Golden Globe winner, an Olympic gold medalist, and five NBA championship rings represented in the audience tonight.”

Thanks to force control, Raibert said, Atlas can locate and grasp objects without markers and even package them together.

“To have the right approach [to robotics], you really want to take a holistic approach and combine what the software is doing with the physical machine and its design and its interaction with physical world,” he added. “The Atlas robot has a number of 3D-printed and carefully innovated elements that give it very high levels of mechanical and physical performance that really dovetail with the kinds of controls we do.”

Pope and Dohl were the next to present onstage — the pair detailed Disney Research’s development of nimble machines capable of landing flips, twists, rolls, and other gymnastic feats precisely every time. The trick was mastering the laws of angular momentum and velocity, they said. 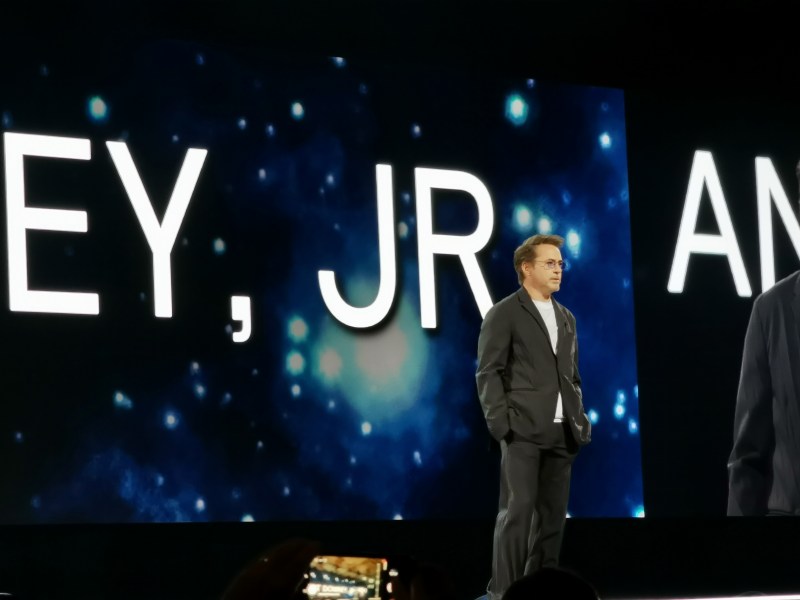 “We started working with a full-scale figure,” explained Pope, as he queued up a video playlist of robots completing triple backflips and a forthcoming model — the Mark II — with even greater dexterity. “[B]ecause we’re in an entertainment space … [this] lets us do things that maybe aren’t feasible in the field for a while, but I hope that they are at least inspirational.”

Robert Downey Jr. of Disney’s Avengers fame closed out the ceremony with commentary that blended the Marvel Cinematic Universe with a history of AI and innovations, his personal struggles with addiction and the pressures of celebrity, and banter opposite sometime costar Matt Damon.

“By Hollywood osmosis, for the last 11 years or so I’ve been steeped in the actual history of AI and space stuff as it happened and is happening in reality,” he said. “I think it’s a great read.”

Downey acknowledged the tech industry’s flaws, noting specifically that it “has a long way to go” with respect to inclusion. But he expressed confidence in its ability to affect change in the world, which is why he launched the Footprint Coalition with a commitment to significantly “clean up” the planet within 11 years.

“I’m going to get actual smart people around me, and then in 11 years, when I’m 65, if we’ve made a notable dent in what I think is a massive threat to our future, I’m going to throw the nuttiest retirement party you’ve ever seen,” Downey told the crowd. “And you’ll be invited.”