Most great startup ideas are so deceptively simple that you wonder why they don’t already exist or haven’t been tried before.

South African entrepreneur David Emanuel has designed a mobile alarm and alert system for patients with high-risk conditions, which he describes as the “fastest way to get medical emergency help.”

The app, dubbed Medlert, is designed for the elderly and people with chronic illness who may be alone in the event of an emergency. Medlert is in beta, but it’s readying for a public launch after assisting patients in over 6,000 emergency situations, such as heart attacks or averse effects to medication. Emanuel claims the team hasn’t invested in marketing, so the app has spread through word of mouth. 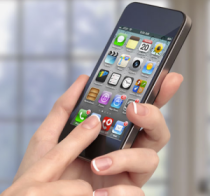 Above: Just push the button in the event of an emergency

Consumers download the iPhone and Android app and tap the icon on their homescreen when symptoms strike. Patients are then get connected with a trained operator who is already aware of the individual’s full medical history, including blood type, preexisting conditions, drug allergies. Patients fill out information on the app. Family members are automatically notified.

An ambulance is immediately dispatched to the patient’s location to take them to the nearest hospital.

Using mapping technology, emergency contacts — typically family members — can track the location of the ambulance as it makes its way to the hospital.

Check out the video below for a demo of how it works.

The Medlert team is taking advantage of recent technological developments, such as geolocation, the proliferation of smartphones, and the digitization of medical information, to shave minutes off the typical response time.

Curious about wearable computing and health? We’ve invited the experts to discuss this theme at our upcoming MobileBeat conference Tuesday and Wednesday in San Francisco.

For this reason, it’s an attractive proposition for investors. To help launch, Emanuel announced to VentureBeat that it has secured $230,000 in seed funding from seasoned angel investors, including Jason Portnoy, the former chief financial officer at web-based electronic medical records startup Practice Fusion; and Albert Prast, a senior executive at United Health Group. 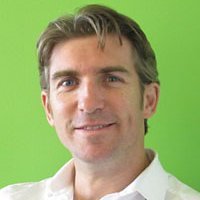 Emanuel hit on the idea for the app in 2011 when a family member developed a heart risk, and he became aware of the flaws with the current system.

“I thought that surely we could do a better job,” said Emanuel by phone. “Responders should know your medical information and be able to get in touch with your emergency contact simultaneously.”

To research how to speed up the typical process (calling 911, answering questions posed by a stranger who is oblivious to existing conditions, notifying emergency contacts one-by-one), Emanuel threw himself into user-experience research.

He jokes that he spent so much time hanging out at a San Francisco medical dispatch center that he made “best friends” with the folk working there. To get a fuller picture, he also shadowed professional telecommunicators and interviewed dozens of ambulance workers.

Emanuel brought on co-founder and chief technical officer, Ernest Semerda, to begin developing the app. He made the decision not to hire a team of operators to respond to emergency requests. Instead, Medlert is partnering with a telehealth company, Critical Signal Technologies, which already has a full team of trained medical responders.

For Emanuel and team, the smartphone app is just the beginning. In our interview, he hinted at wearable gadgets, which may already be under development.

One potential use is for the app to connect with a patient’s Nike FuelBand, Jawbone UP, or other health tracking and monitoring app that is attached to a person’s wrist or upper arm.

Imagine this scenario: Medlert is aware that a patient has diabetes, detects a spike in sugar intake over several days, sends an alert, and thwarts an emergency before it happens.

In addition, by tracking wearable device data, Medlert can monitor patients after they’ve been released from hospital. By keeping a close eye on the patient’s physiological condition and how well they are adhering to their medications, providers may be able to catch a problem before it deteriorates to the point that a patient is readmitted.

For the Medlert team, this poses a strong potential revenue opportunity. Recent health care reforms will penalize providers if patients need to be readmitted within 30 days after discharge from a hospital.

For now, the company is making the bulk of its money through charging individual consumers 50 cents a day for a monthly subscription.

In future, who will pay for an application like this? It’s not yet clear whether Medicaid will shoulder the cost, but it’s plausible, given the interest in mobile medical applications. In addition, Medlert may be able to predict and prevent emergencies, which will likely cut costs in the long term.