Apple has confirmed that HomePod, its Siri-enabled wireless speaker, will go on sale in China and Hong Kong on January 18.

The Cupertino company revealed in December that it would bring HomePod to China in 2019, and it listed the HomePod on its local website. Today’s news, however, comes shortly after Apple slashed its Q1 outlook, blaming lower-than-expected levels of iPhone upgrades in China.

That Apple is finally bringing HomePod to China is notable, as it is the first of the major U.S. smart speaker technology companies, which include Google and Amazon, to launch such a device in the market.

It’s worth noting here that HomePod has been available unofficially through third-party sellers in China and Hong Kong, but it has been unavailable in local languages. Siri has actually supported Mandarin and Cantonese for some time, and HomePod gained support for these languages outside of China late last year, meaning Apple was perhaps always likely to steal a lead on its rivals when it came to a Chinese launch.

From this Friday, HomePod will be available in 10 markets, including the U.S, U.K., Spain, France, Australia, Canada, Germany, and Mexico. 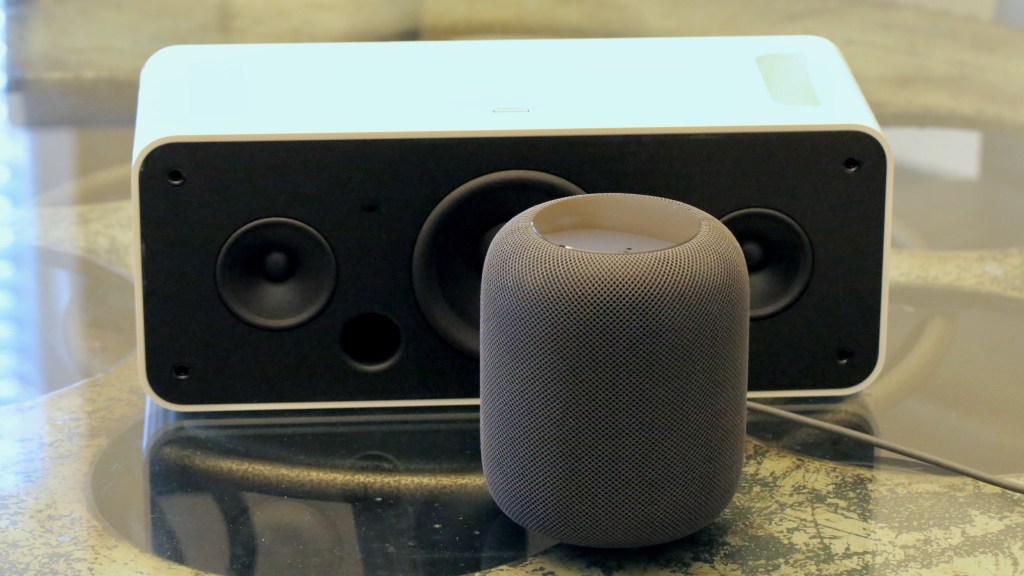 Above: Apple’s HomePod sits in front of its predecessor, the iPod Hi-Fi.

As we wrote recently, Apple’s problems in China may be due in part to Trump’s trade war and fewer iPhone upgrades, but the company’s efforts in the region have also been increasingly thwarted by growing pressure from local smartphone competitors, including Huawei and Xiaomi. Apple is only the fifth-biggest smartphone seller in China, claiming a 9 percent market share, according to Counterpoint Research.

The Chinese smart speaker market is now the second-biggest market, after the U.S. However, Apple faces an uphill battle, even though Amazon and Google have yet to launch their respective devices in China. Indeed, Alibaba sells AI-infused smart speakers, as does Xiaomi, accounting for millions of active users between them. These two companies are now among the top five smart speaker companies globally, after Google and Amazon.

Similarly, Chinese tech titan Baidu has a range of smart speakers, and in Q3 2018 the company entered the top five, alongside Alibaba and Xiaomi. In fact, Baidu’s DuerOS AI assistant is already installed on at least 150 million devices, which include everything from speakers to set-top boxes.

Price isn’t the only factor, of course. Apple’s quality — perceived or otherwise — may work in its favor, while existing iPhone and Mac users may be more inclined to remain within the Apple ecosystem.