Remember when “it just works” was the mantra for Apple products — the implicit promise that an Apple device would do what it claimed, easily, without any major software, hardware, or service hiccups?

It hasn’t been that long since those days, but over the last month, iOS 13 has offered far too many examples of things not “just working” the way they should. And now we can add the smart speaker HomePod to the list. HomePod’s long-awaited support for multiple users officially rolled out this week, but it’s enough of a mess that Apple quietly released a support document to help users muddle through the experience.

Because Apple is pushing out so many operating system updates these days, HomePod software releases tend to slip under the radar. Consequently, you might not have heard that Apple yanked the HomePod version of iOS 13.2 this week because it was bricking speakers. You might also have missed version 13.2.1’s release for the HomePod, which thankfully installed without complaints on my dusty, largely unused speaker.

The only reason I cared about updating the HomePod to 13.2 was multi-user support. Apple promised the feature during the June announcement of iOS 13, but pushed it back to a subsequent point release, just like several other second- and third-tier additions to various Apple devices. Conceptually, it overlaps with tvOS 13, which enables Apple TVs to toggle between multiple user profiles for personalized iCloud-synced settings and viewing preferences. But the HomePod is supposed to be able to switch between users so it can handle “Personal Requests,” including user-specific text messaging, phone calling, calendar info, and reminders access. 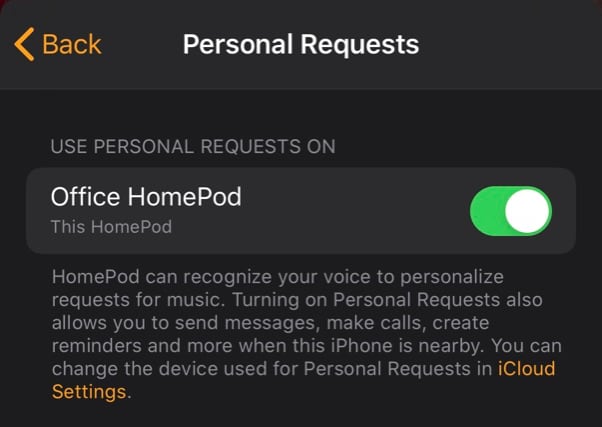 While this doesn’t seem like a particularly challenging feature addition, it’s non-trivial on a screenless device such as HomePod. On an Apple TV, you can just hold a button on the remote control to bring up and toggle between lists of users. But on the HomePod, some AI and ML magic is required: The speaker matches the current user’s voice against a voice-print before determining whether and what information to respond with.

However, since we’re talking about Apple here, the owner has to opt in to sharing HomePod access with multiple users, and invite them one by one. Then each invited family member has to individually opt in to sharing voice prints.

Yeesh. All that for a speaker.

The good news is that HomePod does indeed appear to recognize multiple voices, and possess the ability — under the right circumstances — to differentially respond to requests based on the recognized or unrecognized voice of a given user. With 13.2.1 successfully installed, my HomePod knows when I’m asking something, and is willing to respond personally or hand off certain spoken data requests to my iPhone. Annoyingly, if I ask for calendar or reminder assistance, HomePod tells me that I have to “authenticate” the request on my iPhone, then just displays the information there rather than speaking it aloud.

Beyond doing a mediocre job of responding to me, HomePod made it difficult to interact with its second user, my daughter. When she tried to ask HomePod for calendar information, it recognized that she wasn’t me — hooray, AI — but said that it needed “recognize my voice for this home” authorization from a user’s iPhone. That authorization, we learned through searching, is buried within the Home app, under a Home icon, then a People icon, in a “Recognize My Voice” on-off toggle that may or may not show up for a given user.

Both of us checked, and unlike my account, that Recognize toggle never appeared on hers. After a series of invites, requests, and account removals, I went looking online and saw that this is apparently a known issue right now. The solution is supposedly to factory reset the HomePod using a hitherto obscure procedure, then re-invite and authorize each user. 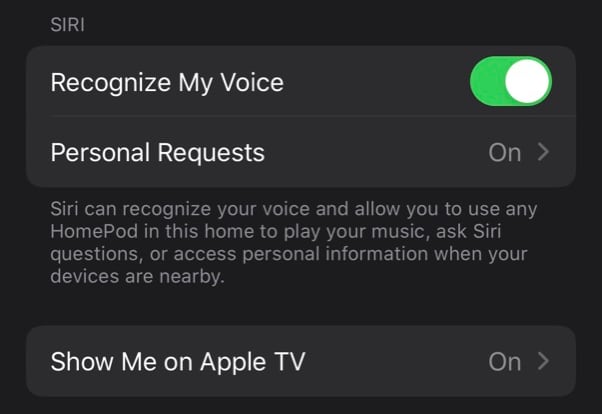 Here are Apple’s official support document instructions for doing that — presciently published just two days ago. You have to unplug the unit, keep holding your finger down on the top surface until the Siri speech bubble ironically turns red, then wait for the unit to reset itself and start over.

Unfortunately, even though I followed them, they didn’t work for us. If you’re a HomePod user, I hope you have better luck than we did. 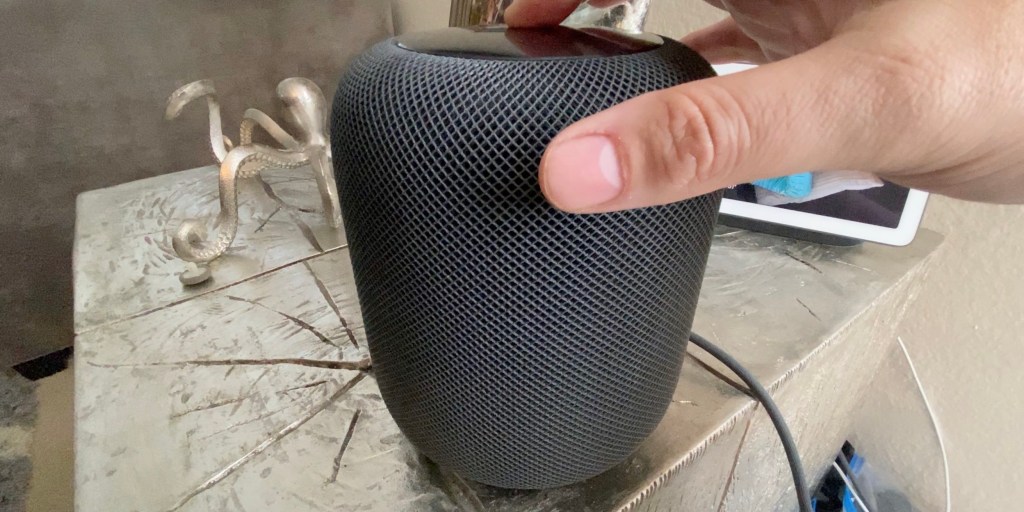 Without debating the wisdom of Apple’s privacy policies, which I appreciate at least in concept if not execution, I can’t help but think that they’re at least indirectly responsible for overcomplicating the otherwise simple act of setting up a speaker for multi-user sharing. Granted, all of the opt-in and invite-based approvals may offer a great deal of assurance that personal data is safe from the prying ears of… well, family members. I can even understand why that might matter to some users. But if the HomePod’s authentication system is buggy, slow, or overly complicated, many if not most people might not even be able to take advantage of the feature.

That’s the opposite of “just works,” and as bad as it is when iOS 13 ships with problems for phones, it’s almost incredible that there are bugs like this with an accessory as basic as a speaker. Google’s Home speakers have had multi-user voice matching support since early 2017; Amazon’s Echo speakers have had a similar feature since at least 2016. Given that it’s been openly working on the feature for well over a year, Apple should be well past the debugging stage for HomePod at this point, and delivering a more seamless or powerful experience than competitors, rather than lagging behind.

One might expect that iOS 14 will include a better system for managing this experience. My fingers are crossed that families with HomePods won’t have to wait that long for a workable alternative.