Avitas Systems has partnered with Nvidia to use artificial intelligence, drones, and analytics to improve inspections of heavy industry facilities, such as oil rigs.

The deal marries Nvidia’s DGX-1 and DGX Station AI computers with the inspection services of Avitas Systems, which is a spinout from GE Venture, the investment arm of General Electric. AI has become a huge priority at Nvidia, the largest stand-alone maker of graphics chips.

Avitas has been working on its AI software for about a year and is optimizing systems such as robots or drones so they can fly around industrial assets and record everything with video. The AI computers will then analyze the video to automatically detect defects and other problems.

The whole system is meant to enhance the capabilities of human inspectors. It also keeps them out of harm’s way, as drones and robots can go into places that are dangerous for human inspectors. Right now, inspectors have to do dangerous things like hang on ropes on ocean rigs.

“Oil and gas companies spend hundreds of millions of dollars on maintenance and inspection each year,” said Alex Tepper, founder and head of corporate and business development at Avitas Systems, in an interview with VentureBeat. “They make decisions based on people walking around with sensors, helicopters looking down at sites, people in harnesses in precarious positions.” 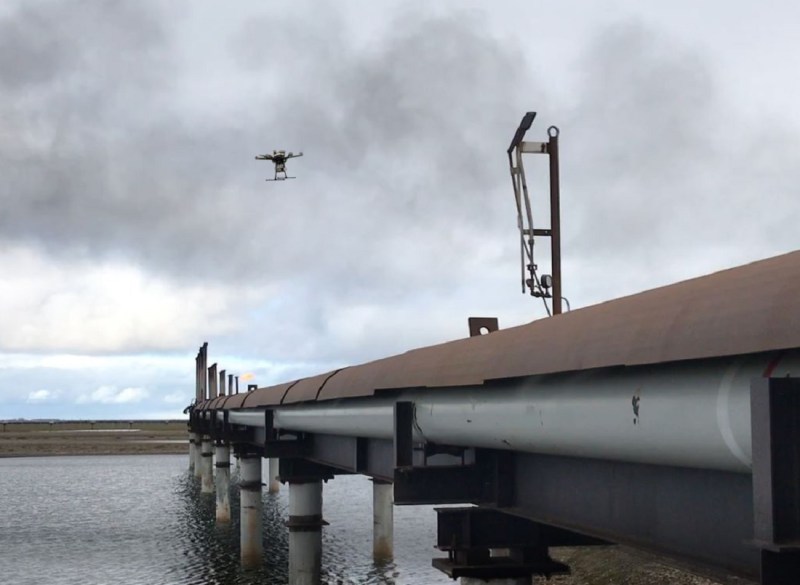 Above: Avitas uses drones and then analyzes images for defects like corrosion.

Avitas Systems is targeting specific points of inspection and developing paths to collect data in the form of images and video for a variety of robotics, including drones, robotic crawlers, and autonomous underwater vehicles (AUV). These paths, driven by 3D models, can be repeated from the same angles and locations. The paths’ repeatability means a wide variety of images captured over time can be put into the Avitas Systems cloud-based platform. So advanced image analytics can detect changes and measure exact defects on an industrial asset, such as cracks and corrosion.

The platform can also rate the severity of defects, which are often not visible to the human eye, allowing customers to determine when equipment needs to be replaced and enabling earlier resolution of potential issues.

Avitas is using the Nvidia DGX-1 and DGX Station systems for AI training to enable automated defect recognition. Avitas Systems data scientists build convolutional neural networks for image classification and generative adversarial neural networks to minimize the amount of work involved in labeling captured images. The result is that the defects can be discovered without a massive amount of computing power. 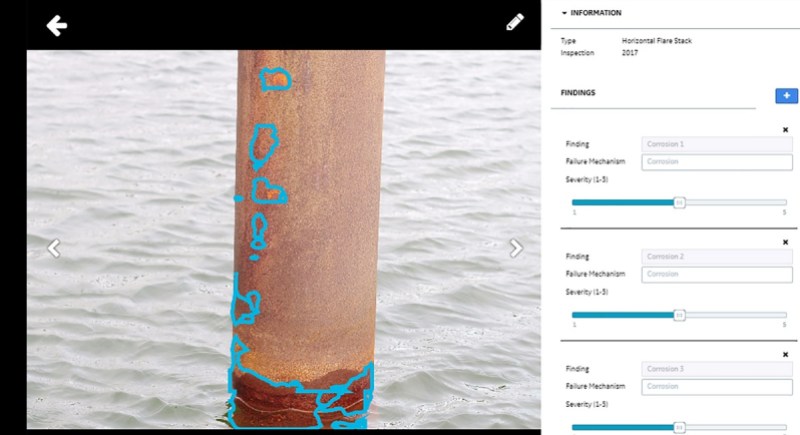 Above: Avitas’ software can detect defects to enhance inspections.

“Avitas has the experts on things like corrosion, and they tap what we have,” said Jim McHugh, general manager of DGX Systems for Nvidia, in an interview. “They’re using the raw compute power of our hardware as we had intended it to be used.”

The companies have been working on a solution for the past six to nine months, and they believe that the cost of inspections can be cut 25 percent over other methods. The robots will be used in harsh conditions, as will trucks that carry the computers, from the North Sea to the desert.

“We can dramatically reduce turnaround time or time an asset has to be taken down,” Tepper said. “A refinery that is not in production costs a lot of revenue. We partnered with Nvidia around the DGX platform because they were the obvious choice for us as a partner.”