BeingAI is creating virtual beings with artificial intelligence. And its first AI being is a virtual character named Zbee.

Zbee can exist on different platforms and so can interact with people anytime, anywhere, to bring humanness and gamification into digital experiences. Zbee will come with an engaging personality and personal stories. They will offer friendship, entertainment, and mentorship, just like in the movie Her.

The Hong Kong-based BeingAI is the brainchild of founders Jeanne Lim (CEO), Lee Chapman (president), and Amit Kumar Pandey (chief technology officer). Zbee can autonomously interact with people in real time across devices and media platforms, as part of an engaging narrative experience. Most importantly, Zbee has human-defined values that steer toward positive behavior.

The company is a confluence of their combined interests, professional experience, and shared purpose. They hope that AI beings as a category will inspire, engage, and support a generation of young people. Most of all, they hope humans and AI can learn from and complement each other in a positive way.

Lim said she wants Zbee to bring together AI and transmedia storytelling to create personal spaces where people can interact with her in real time. Zbee is designed to behave with human values and empathy. This coming week, BeingAI will show off Zbee at a licensing expo in Las Vegas to explore potential partnerships with some brands.

“We want Zbee to have value and relevance in human society, so Zbee has her own story with friends, jobs, goals, trials and tribulations,” said Lim. 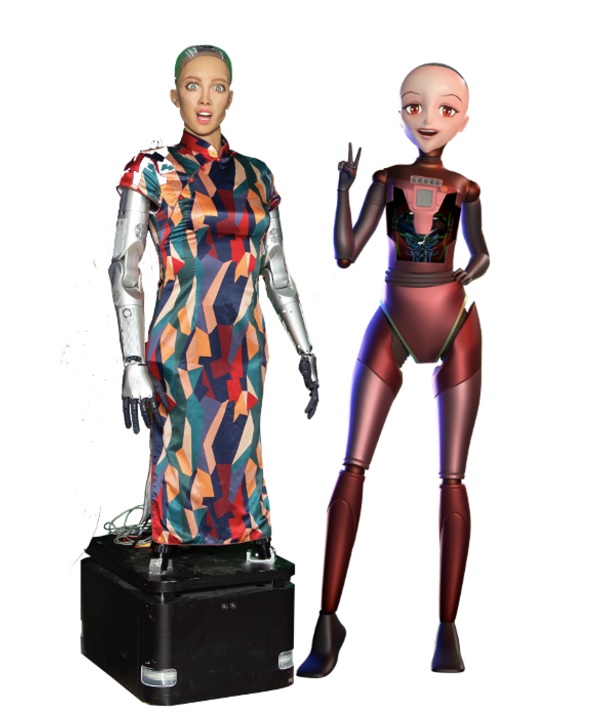 Lim started the company in the fall of last year. She was inspired while working for David Hanson, the founder of Hanson Robotics. She joined as chief marketing officer and got to see the evolution of Sophia as an AI robot.

“He was working on creating conscious robots, or conscious AI,” Lim said. “It showed me that there’s a huge opportunity for a robot that is designed in the right way to be able to connect with people and gain trust from people.”

Hanson created a physical robot named Sophia as a human-like artificial being. Lim became more interested in virtual characters, and she wanted to figure out how to take the AI characters to a new level through the digital world. Unlike Sophia, Zbee is ubiquitous.

In founding beingAI, she brought in some ex-Hanson team members. But they are developing their own AI and conversational technologies. While robotics still has to solve some mechanical challenges, Lim believes it’s time to move forward with virtual characters.

“I saw that, with a virtual character, you can really scale the character to millions of people, instead of having a robot talk to hundreds of people in person,” Lim said. 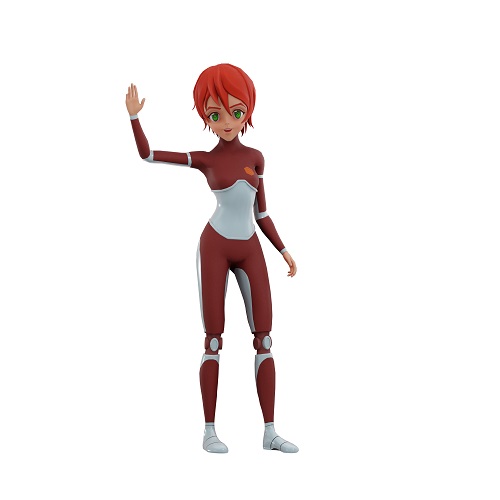 Above: Zbee is an AI virtual character.

And that’s what led to Zbee. There are a variety of other characters being designed, all of them with diverse backgrounds. Lim is contemplating the different ways to use Zbee, such as creating an animated series. But she exists as a proof of concept on a mobile app, where she interacts as a 3D character and can chit-chat with people.

“We have characters and stories,” Lim said. “People are asking us if they can plug their characters into our platform. But we are still working on the platform.”

The company is also working on an augmented reality version where you can interact with Zbee in the real world by viewing her with AR glasses. She can do things like lead you through a guided meditation. Eventually, Lim would like her to be a character in the metaverse, the universe of virtual worlds that are all interconnected, like in novels such as Snow Crash and Ready Player One.

In the meantime, they are working on their proprietary conversational platform but can also leverage GPT-3, the AI platform created by the Open AI Foundation.

“We’re trying to make a convergence between gamification and interaction fiction,” Lim said. “We can nurture her as an AI. We believe there’s a huge opportunity for AI beings to learn with us, to develop things like critical thinking, where you could basically converse with her and learn how to ask questions. We think you can do things like self-care, how to take care of your mental wellness.”

Lim said the company will work together with content partners who can use Zbee as a kind of user interface for learning courses. 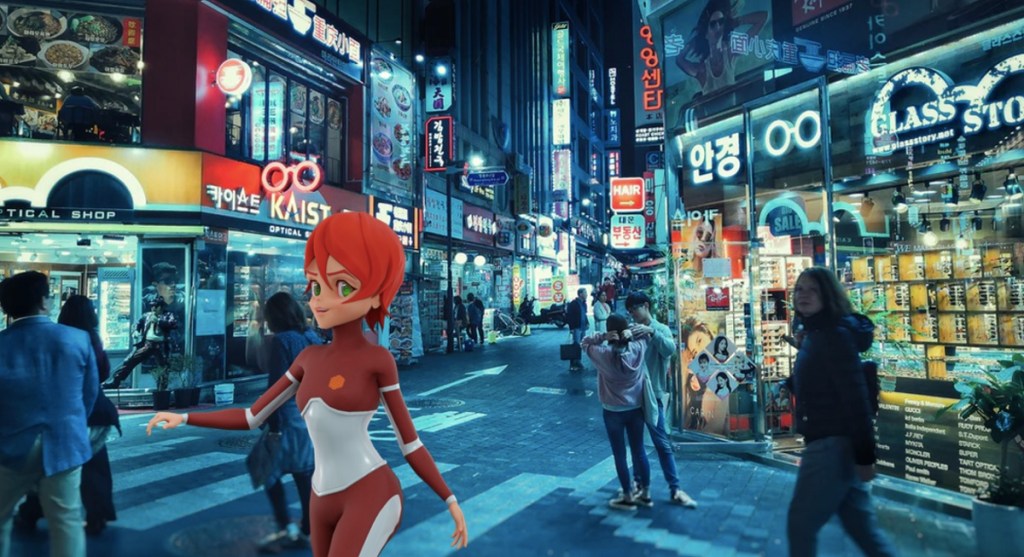 Above: Zbee could become an augmented reality virtual being.

Overall, Lim wants the AI beings to have their own personalities and function as companions, rather than just be servants to humans.

“A lot of avatar companies are looking at either customer service agents or a personal avatar of the user,” Lim said. “There’s a lot of value in back, but we’re just looking at it from a different angle.”

The company has raised a small amount of money so far, but it isn’t saying who its investor is yet. It has around 11 people who are both full-time or part-time.

“We see AI beings as a user interface. So it’s the next generation user interface,” Lim said. “The way we design the system is agnostic to the device. And it’s actually agnostic to the character. We could swap out different characters. So we actually can animate them within a framework, so that it’s easy for us to swap in and out different characters. Our idea is to go where the customer is, whether they are using a mobile phone or a computer or an Oculus or a car.”

Lim isn’t talking much about the metaverse yet, but eventually, that’s where the company wants to go.