VentureBeat’s Bots Channel tracks the most important news and analysis from the exploding fields of bots and messaging. Each week, we select the top stories and present them in in our free weekly newsletter, BotBeat. We include news stories by VentureBeat staff, guest articles from leading figures in the bots community, and posts from a wide variety of other outlets. You can subscribe to our BotBeat newsletter to receive this information in your inbox every Thursday.

In recent days, some of the biggest tech companies in the world have shown us more of their strategy to deploy bots. Samsung acquired Viv, a personal assistant from the creators of Siri, and Salesforce launched LiveMessage to connect businesses to customers on multiple chat platforms.

Google CEO Sundar Pichai made his case this week for why the Google Assistant should be your guide as we enter the age of artificial intelligence. The search giant debuted a new VR headset, smartphones, and Google Home, but it’s the software — Google Assistant and the coming Google bot ecosystem — that we may be talking about years from now.

From the realm of insightful guest posts, Swell CEO Peter Buchroithner shared his list of 100 influencers to watch in the bots landscape, and Casting.ai founder Aiden Livingston describes how startups will change and evolve due to the growing impact of bots and artificial intelligence.

This week’s video is a chat with Eugenia Kuyda, founder of bot maker Luka. Her company specializes in the creation of what it calls replicas — bots that imitate a person based on what it has gathered from old chat transcripts or emails. In this video recorded during a Leade.rs interview at LinkedIn, Kuyda explains how and why she created a bot after a friend died in a car crash.

She believes that replicas that capture the essence of a person and help them live on will be perfected long before medical advancements are made to revive cryogenically frozen people.

Please send along any news tips to Khari Johnson or guest post submissions to John Brandon. Please visit our Bots Channel to enjoy full coverage of the bots and messaging ecosystem. Thank you. 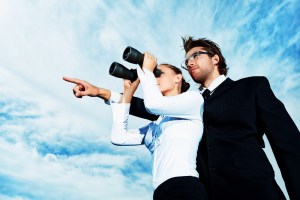 100 people to watch in the chatbot space

This is my personal top 100 for people to watch in the bot space. Let me know who you think I’m missing and please provide me with additional information.[…] 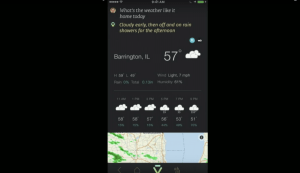 Above: Screenshot of Viv’s A.I. assistant, as demonstrated during TechCrunch Disrupt

Device maker Samsung today said that it has acquired Viv, a startup that was building a virtual assistant based on artificial intelligence. Terms of the deal weren’t disclosed. The move is clearly targeted at improving Samsung’s existing products, presumably most prominently smartphones. […] 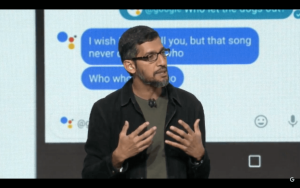 Above: Google CEO Sundar Pichai addresses an audience in San Francisco and more than 300,000 watching on a YouTube livestream on Oct. 4, 2016

6 things we recently learned about the Google Assistant

The computing world has been shaped by massive changes that tend to come about every 10 years, said Google CEO Sundar Pichai today at a major press event where Google Home, Google WiFi and the Daydream VR headset made their debut.The personal computer, the web, and mobile devices led massive change in decades past. In the decade to come, artificial intelligence will lead the way, he suggested, and Google Assistant will be your guide.“We envision Assistant as a […] 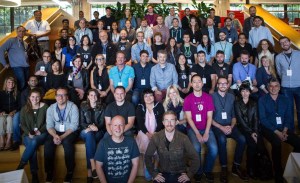 Above: Startups, investors, and leaders from the biggest chat platforms on the planet gather for a photo at the Botness conference held June 13-14 at PCH/Highway 1 in San Francisco.

How A.I. and chatbots will change startups

The shift in the startup world from apps to A.I. is, in essence, moving from making tools to making people. An app enabled a user to perform a function; at its heart it is DIY. Therefore, apps can be judged by their utility. Does the app help the user solve their problem? If so […] 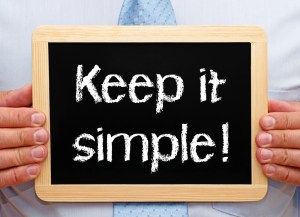 Why simplicity ensures that bots will kill 99% of apps

The average person uses 3-5 apps per day. How many do you have on your phone? The big app purge is coming — you know, the day you delete all of those apps that you don’t use. In a really big way, apps have failed us, and the reasons are quite obvious. First, apps require learning. Each app has its own […]

Heek is a chatbot that can build you a website

A startup called Heek wants to make building websites as simple as chatting over text and answering a few questions. Using a conversational interface, the bot asks you questions about yourself, your business and your site, then lets you click to see different designs you can customize to meet your needs. The bot will even prompt you to save your work, as you get further into the site creation process. (via TechCrunch)

Are killer bots about to do away with smartphone apps?

To look at the stats you wouldn’t think so: Apple has two million of them in its App Store and Google Play has a few hundred thousand more than that. Total app downloads have passed the 150 billion mark. But some are wondering whether apps are about to be replaced by something smaller, smarter and faster. Bots. These programs, thanks to AI [artificial intelligence] software in the cloud, can chat to humans via text, extract the meaning and then act on it. They are little digital helpers. (via BBC)

Chat app Telegram is now a gaming platform too

If a company has a messaging app, there’s a good chance that chat bots are headed its way. Case in point, today secure-chat service Telegramannounced a bot-powered gaming platform. While the app has had text-based games for a while, today’s announcement means those distractions will now have HTML 5 graphics and sound. (via Engadget)

Learning to talk to bots

When I see my parents use computers, it’s clear that there’s something that gets lost in the communication between computer and person. I think often that a big part of this is a lack of understanding of bugs/exceptions. In a way, there is a lack of fault tolerance in how my parents interact with their computers. When an app crashes, an email doesn’t send, or a screen freezes, there’s a sense of bewilderment, even incredulity. But when you grow up natively with computers, your fault tolerance is higher and you learn to navigate the bugs that inevitably arise because you understand at an almost innate level how they work. (via Sarah Tavel of Greylock Partners)