You can’t be late to a party that’s just getting started. That seems to be the case for Samsung, which next week will unveil its new voice bot to the world. Called Bixby, the company’s artificial intelligence powered assistant will soon be rubbing elbows with guests like Siri, Cortana, Alexa, and Google. (Yes, in a chip off the old block move, Google named its offspring after itself, causing confusion and consternation.)

Sure, you might point out that Siri has been on the iPhone since 2011, and that’s when this voice bot party started. But where the capabilities of Bixby, Alexa, Cortana, Google or Siri are today, is nowhere near where they will be tomorrow. What functions are they best for? How smart can they become? What dead-end paths will they lead their parent companies down? That we can’t even come up with a common name — voice bots, voice interfaces, intelligent assistants, AI assistants, to name a few of them — suggests their youth and unrealized potential.

Further, you may argue that Bixby will likely include many features of Viv, the latest from Dag Kittlaus, the brains behind by Siri, and acquired by Samsung. You might think of this as arriving at a party when it’s already last call. Ok, then. But in reality, Samsung is showing up fashionably late. After all, it looks like our guests are drinking up the AI and Robert Earl Keen Jr. is on the jukebox.

P.S. Please enjoy this video from CNBC comparing Siri to Viv back in May 2016. 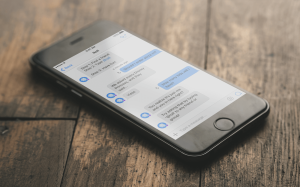 These are the most important chatbot metrics to track

The chatbot market is changing and growing rapidly. Bots are constantly improving, and people are relying on them more frequently. As bots become more believable and human, smartphone apps continue to dwindle. In the month of June 2016, for example, 49 percent of smartphone users in the U.S. did not download a single app. Instead, as […] 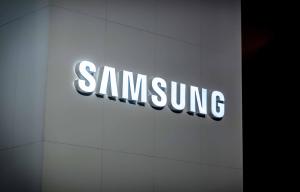 Apple gave us Siri, Microsoft gave us Cortana, Amazon gave us Alexa, Google gave us, um, Google, and now Samsung has officially introduced its new AI-powered assistant to the world. After months of speculation that its new mobile assistant would be called Bixby, Samsung has now confirmed that Bixby is indeed the name of the assistant, […] 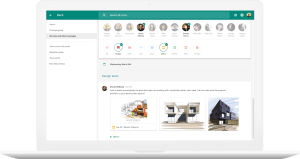 What we can learn about the future of meetings from Google

I process meeting requests all day, especially on Fridays (when I typically hold a few phone briefings and meet with volunteers at a local college). You’d think someone would have figured out how to improve this process in the time since my corporate career ended around 2001. Back then, I sat through countless meetings every […] 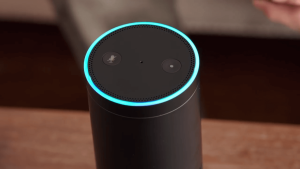 5 Alexa skills to try this week

Below is a list of five Alexa skills worth trying, all drawn from the new, trending, and most enabled skills categories of the Alexa Skills Marketplace. Notable recent Alexa integrations include a Microsoft Office 365 calendar integration, a heart attack skill from the American Heart Association, and the WebMD skill. In Alexa news this week, Amazon is making up […] 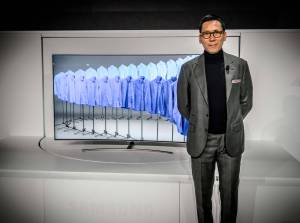 Why Samsung wants to build a ‘corporate-wide AI voice system’

Samsung’s reach stretches across nearly every part of the home, from appliances to televisions, computers, tablets, light bulbs, and smartphones. And the company isn’t stopping there — it’s also extending itself into third-party connected devices through its SmartThings offering. And as it builds out an ecosystem for the home, the next step is to offer a […]

A.I. Is Doing Legal Work. But It Won’t Replace Lawyers, Yet.

Impressive advances in artificial intelligence technology tailored for legal work have led some lawyers to worry that their profession may be Silicon Valley’s next victim. (via The New York Times)

Since 2014, DeepMind has been playing Atari video games. Initially, its machine learning systems could learn to win games and beat human scores, but couldn’t remember how it managed to do it. Therefore, for each Atari game, a new neural network was created. DeepMind never benefitted from its own experience—until now. (via Futurism)

It Begins: Bots Are Learning to Chat in Their Own Language

Born in Ukraine and raised in Toronto, the 31-year-old is now a visiting researcher at OpenAI, the artificial intelligence lab started by Tesla founder Elon Musk and Y combinator president Sam Altman. There, Mordatch is exploring a new path to machines that can not only converse with humans, but with each other. He’s building virtual worlds where software bots learn to create their own language out of necessity. (via Wired)

One year after Tay, Microsoft is still big on bots — and here is where it’s focusing now

Microsoft has learned a lot about chatbot technology since the unfortunate rollout of the short-lived “Tay” chatbot one year ago this week, when Internet users were able to teach Tay to make racist and misogynistic remarks. This weekend, the company offered insights on the lessons learned from that experience, as well as the huge amount of artificial intelligence work Microsoft is now undertaking. (via GeekWire)